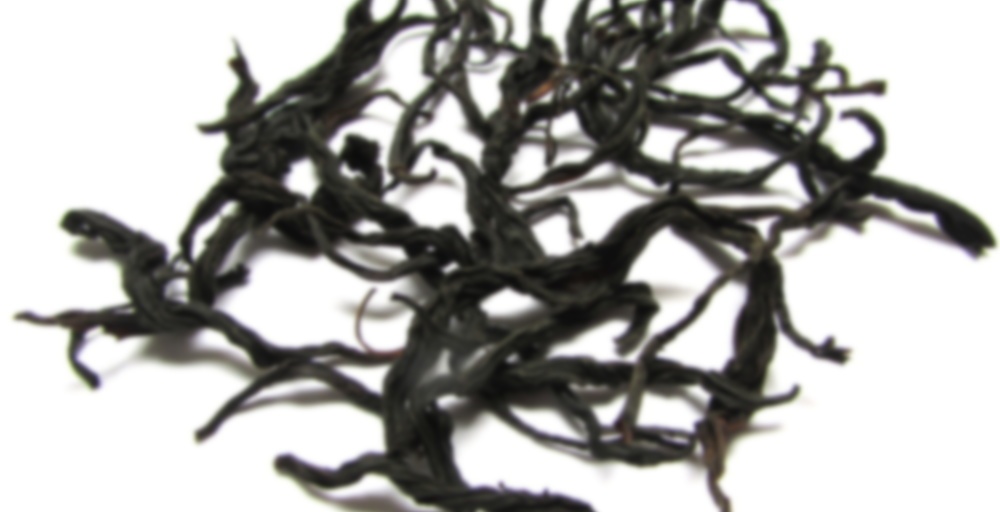 A handcrafted Ruby black tea from Taiwan’s famous black tea region Sun Moon Lake, it has a rich aroma and taste with cinnamon and gentle malt notes combined with a smooth texture.

The long, dark, wiry leaves give off a typical sassafras and tingly menthol aroma. The first steep is mild and sweet, though with a bit of a bite in the aftertaste, and has flavours of malt, sassafras, menthol, and sweet potato. The menthol intensifies in steep two, and is joined by faint notes of chocolate, honey, and grass. The longer this tea is kept in the mouth, the more astringent it gets.

This tea just keeps getting sweeter with each steep, with that sassafras note remaining prominent. The flavours stay consistent until steep ten, when the Sun Moon Lake character gradually diminishes into malt, earth, and tannins.

Notwithstanding its astringency, this is an enjoyable SML. I’d love to see whether cold brewing would maximize the sweetness, and will consider getting more of this in the future.

105F, 5gish, 150 ml gaiwan
Gentle cinnamon smell to dry leaf. Not an overpowering in your face cinnamon.
10s- gentle cinnamon, malt
20,30s- cinnamon, floral, salty, malt, astringent
40s, 1m, 2m
I liked this tea better during the shorter steeps. It did have a lingering cinnamon aftertaste. Like long after. Need to try this westren.

Ugh! I am getting a new game, yes, playing a game other than Minecraft, it is horrifying I know, but the siren’s call of ARK: Survival Evolved’s ability to tame dinosaurs while being a wild nature person hard-core trying to survive is just too much to resist. Download started at 2 PM this afternoon and it is only at 67%. I thought I could nap and when I woke up it would be done, but nope…and on top of that my nap left me feeling haggard, so now I am quaffing tea to help wake me up so if the download ever does finish I can play my new game! Shoutout to the only people I ever game with for buying me ARK, I was thinking I was going to have to wait til the release for me to play it, woo for Beta!

So, since I am quaffing tea, why not write about the one I am slurping while slurping it! Granted I already have the notes for this one in my notebook but sometimes I get inspired, usually it is by writing about a tea and then thinking ‘man I really need to drink that now’ but sometimes it is the other way around, and with that, presenting What-Cha’s Taiwan Sun Moon Lake Ruby Black Tea. Ah, Sun Moon Lake Black, Ruby Black, Red Jade, #18…I probably missed one somewhere, this is the tea with a ton of names and a mystery behind it. I saw mystery because everyone tastes its defining ‘note’ that sets it apart as something different (cloves, sassafras, eucalyptus, cinnamon, menthol…) and last time I reviewed one of these teas I discovered that all these plants have chemical similarities that reallly makes me wish I had a better understanding of bio-chem. Now if these plants’ Phenylpropenes being in the same group have anything to do with the aroma and flavor notes showing up in the tea, that I have no idea on, but I do find it quite fascinating! Science nerding out aside, the aroma of this particular Ruby Black is strong, notes if cocoa and squash blend with sassafras and cocoa with a finish of menthol and honey. This is the first time I have picked up one with a menthol note in its aroma, so that is fun. This tea is so weird but I love it!

Into the gaiwan (I now, fun fact, have a yixing pot devoted to this tea, it is that much of a favorite) the leaves go. The aroma of the wet leaves is all over the place, sassafras, cinnamon, cloves, menthol, along with rich dark chocolate and a bit of acorn squash. The liquid is mellow in comparison, granted it is still pretty potent because this is a not a tea that messes around. Notes of dark chocolate (like the really dark stuff) and sassafras mix with cloves and squash with a nice sweet burst of honey at the finish

First steep and ahhhh that is nice, this tea manages to be warming and cooling at the same time, with its cooling notes of menthol (granted it doesn’t really taste so much like mint, but it feels like it and smells like it and you know it is just kinda weird) with the warming ones of cloves and sassafras. It has a creaminess at the finish reminding me of chocolate and honey, with a touch of malt that lingers into the aftertaste.

As expected, on to steep two! The aroma is stupid potent this steep, strong notes of cloves and cinnamon mix with sassafras and chocolate with a nice finish of squash and honey. It is very sweet and I think the smell alone of this tea is enough to jog my brain from its fugue. The texture this steeping is much thicker and a bit sharp, one of those teas I can feel on the back of my teeth while it also coats the mouth with thickness. One of my idea mouthfeels. The taste is sweet and bittersweet at the same time, mixing milk chocolate with dark and adding cloves, sassafras and cinnamon. At the finish there is malt and honey, with a cooling menthol sensation in my belly that I find quite comforting.

The third steep is very similar to the second, this tea does not vary a whole bunch with Gongfu, just varying in strength. However, this is one of those teas that you really cannot brew wrong, western style brings out more malt notes and is very brisk, Grandpa/bowl style is sweet and rich with more mellow sassafras and cinnamon notes and heavier chocolate, while cold steeping this tea is an intensely sassafras and cinnamon heavy experience. It is a lot of fun and a definite staple in my tea stash.

For blog and photos: http://ramblingbutterflythoughts.blogspot.com/2016/01/what-cha-taiwan-sun-moon-lake-ruby.html