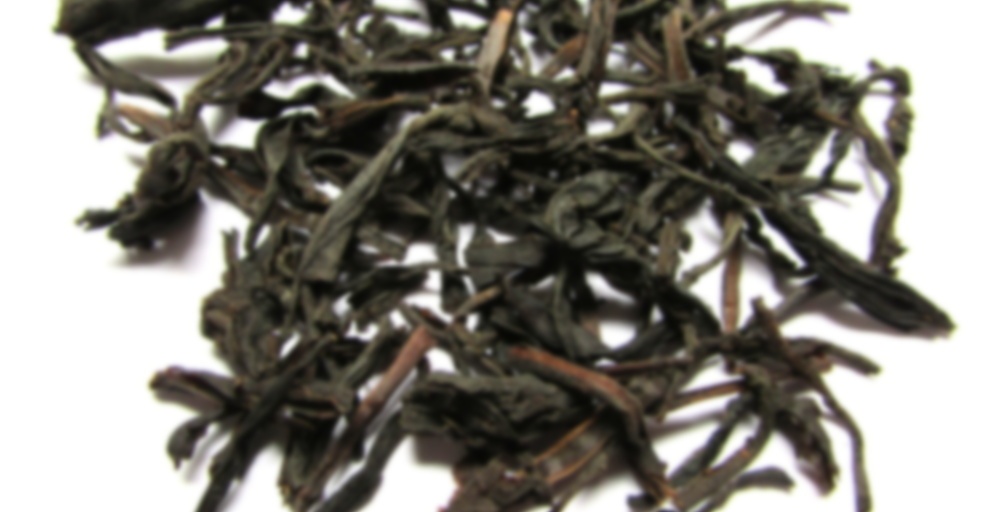 A smooth Russian black tea with a sweet raisin taste.

Don’t miss a unique opportunity to try a Russian black tea as it was very hard to source and it may not reappear once sold out.

Tasting Notes:
- Smooth texture with little to no astringency
- Sweet raisin taste with a gentle finish

Enjoyed a session with this tea this morning. The notes are right on…smooth raisin sweetness and some malt. Really quite delicious! I just wanted to keep inhaling the scent of the wet leaves. Another winner from What-Cha!

Life Hack: Buy a samovar and use it as a daily hot-water dispenser for when you’re drinking tea that you’re not picky about water over. Or at least that’s my life plan. I’ll let you know how practical that ends up actually being.

Aroma: Honey with a touch of something vegetal.

I’ve been drinking this for a while, but haven’t really gotten around to a proper review. Out of the Russian teas in the sample set I got, this one is definitely my favourite. I plan to reorder if I can, although What-Cha didn’t have the Russian teas separate last I checked (understandable, since they’re probably a bitch to get… damnit Russia).

Also back to the Tea Books again; been reading an independent published university study from the 60s on Tea Production, so expect there’ll be a post up on teatra.de about that. …Eventually.

My stint into the realm of diurnal was brief it seems, insomnia rules me at the moment, time to go back on the sleeping meds, a prospect that fills me with annoyance but also makes me glad that I have something that helps me with it. Bah, enough complaining about health, while I was dozing in the afternoon it snowed! There is a nice coating of the sparkly white stuff on the ground, I have to go grocery shopping in a few and look forward to bundling up and playing in it briefly. No matter how bad I feel, snow always puts me in a better mood, it is just too beautiful to not!

Now, since there is snow and cold, I figured it was the perfect time to break out the really rare and hard to find terroir, Russia! Specifically What-Cha’s Russia Large Leaf Dagomys Tea Estate Black Tea, What-Cha has become my go to place for finding the more rare and unusual growing regions, and Russia was pretty high on the list. Among tea drinkers that go all ‘gotta catch em all’ on tea growing regions, Russia has a bit of infamy because we know that tea is grown there, but they are ridiculously stubborn about exporting it, and considering they are the most northern growing region in the world, I think I can see why! In my usual fashion I went hunting information on the Dagomys Tea Estate before writing this and…well, it took me some hunting around, but I got some lovely info from their website (oddly searching for the estate will only get you tons of trip advisor sites, one of those linked me to the website, so that was interesting.) I shall paraphrase for you: The estate was founded in 1939, though the first attempt to grow tea in Sochi was 1878, though it took several attempts to really get things going because winters can be very harsh. And speaking of climate, thanks to the Black Sea and Caucasus Mountains, this counts as a subtropical region, looking at photos it is hard to believe that it is the most northern growing region, it looks so lush, just goes to show how fascinating air currents can be. I suggest giving the website a visit, the translation can be a bit bonkers at time, but it is a really fascinating read, I could go on and on about the plantation, but you are really here to see how the tea was. Let me start off by saying it smells really good! Honestly I was expecting something heavy and very brisk (Russian Caravan you have colored my thoughts on tea!) but it is super rich and fairly sweet. The spindly leaves are a blend of malt, raisins, plums, and molasses with a very tiny hint of smoke at the finish. Like someone made a dessert of raisins, molasses, and plums and cooked it over a wood stove, I swear it smells delicious, it is not just my excitement at trying a rare tea that is shining through!

I admit, I have never been more sad at not owning a Samovar than I am now, I love brewing tea in the manner traditional to the culture it was grown in (except Kenyan teas I guess since I tend to want to stuff them in my gaiwans) I have always wanted one, they are such pretty things. The aroma of the brewed teas is intense, it is so sweet and rich, I am drooling a little, there are notes of raisins, molasses, cooked plums, and a finish of both malt and a hint of syrup. It has like almost all my favorite notes that show up in black tea, I should also note that Ben came over and sniffed it and immediately asked me for a cup, great lover of black teas that he is. The liquid is a wee bit milder, but still just as sweet with notes of cooked plums and raisins, this time it is joined by some roasted peanuts and a touch of yams. The finish is a distinct molasses note that lingers in my nose for a bit, it smells pretty epic.

Moment of truth time, will all my waiting for a Russian tea pay off? Will Ben who is anxiously waiting for a cup like it? Well I have to wait for it to cool a bit so I don’t burn my taste buds off first. Now that the tea has cooled to a suitable temperature, I can say I am surprised! After such a rich and sweet tea I was expecting the taste to be much the same, but it is malty, brisk and heavy at first, exactly what I expect from a Russian tea. After the initial briskness it goes into a rich molasses and cooked plum explosion, really I feel like I just ate a spoonful of molasses. For all that this tea is brisk and rich, it is also very smooth, there is no bitterness or dryness at all, though at the very end there is a hint of smoke which was neat. Hilariously I thought it was rich and intense and Ben thought it was a bit mild but liked its taste, but he takes his teas at incredible strength that I at times find undrinkable, a real manly approach to tea. I am so happy I got to try this tea, and given the opportunity I would definitely drink it again, and buy it again, the rarity makes it super special and the taste makes it very enjoyable.

For blog and photos: http://ramblingbutterflythoughts.blogspot.com/2015/02/what-cha-russia-large-leaf-dagomys-tea.html

One my my local tea shops once had a beautiful silver samovar for sale. I managed to resist buying it, but just, and I still have moments of regret, even though owning a samovar would be incredibly impractical given my tea drinking habits.

Yeah I am pretty sure mine would gather some serious dust by just sitting on my shelves, but being able to have one would be so cool!

Check it out. I am drinking a tea grown in Russia! I find that really cool. Had I even known in my youth that tea was grown in Russia, it would have been unimaginable that I would one day get to try it. But here I sit with tea grown in one of the most northern plantations in the world. I expected a very brash tannin laced cup but this is a smooth and mellow tea with no bitterness. Amazing considering the 4 minute steep. The scent is sweet (honey) and malt with a bit of grain. The taste at first makes me think Dian Hong without the sweet potato or caramel. It is lightly malt. Then for a moment I entertain a connection to Nepal as this has a slight woodsy/raisin flavor, but the total mellowness of the cup stops the reference in its tracks. With the second mug I lose all reference to other teas. This is still very smooth but the raisin is greatly enhanced. Along with it are notes of mushroom, earth, and mineral. This is a unique tea and a unique experience that few in the west will ever have the pleasure of trying. I realized as I was writing my blog review how tea makes the world somehow smaller and more connected than I had imagined. To paraphrase Kermit, why can’t we be more tea?

I’m very intrigued by What-Cha’s Russian offerings as well. Thanks for reviewing and sharing with us!

A Southern Season sells a tea grown just upwind of Chernobyl. LOL! I understand that there is some sort of agreement to keep high standards for Russian tea by requiring that all of it be orthodox processed by hand. Don’t know if it is true, but that is how the write up tried to sell Georgia Gold.

ashmanra, I just had a look at Southern Seas website and I think you are referring to a Georgian tea?

Just for reference, Georgia and Krasnodar (Russia) are located to the south east of Chernobyl and the radiation is focussed upon northern Ukraine, Belarus and parts of Finland, Sweden, Norway, Austria and Switzerland. You would probably have a great chance of consuming food affected by Chernobyl from those countries than from Georgia or Krasnodar.

Not all Russian or Georgian teas are made by hand

I’m thinking glow in the dark tea could be real handy first thing in the morning, or maybe that’s just me. No glow here, and no black helicopters circling overhead so I am not concerned.

I couldn’t find Georgia Gold on A Southern Seasons website. Ashmanra, have you tried it?

(Off to Google for a geography refresher.)