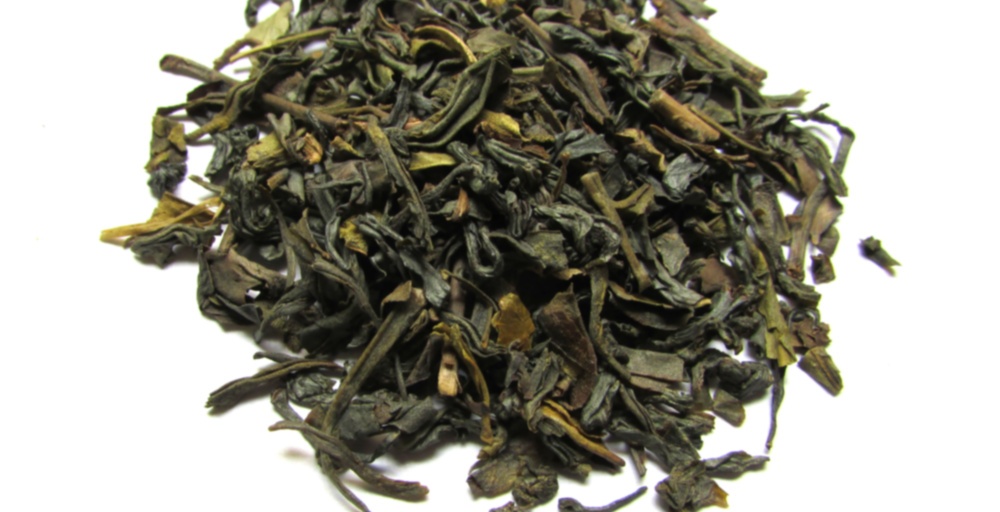 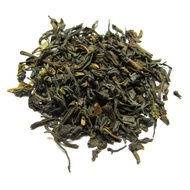 So, I totally missed last night’s eclipse, boo! I woke up at an obnoxious hour to look at it and it was cloudy, or I was too out of it to find the moon, that is always a possibility when I stumble out of bed. Then when I went back to sleep I dreamed about the eclipse, so maybe I did see it after all. This eclipse was particularly awesome because it was on my Grandmother’s birthday, how awesome is that? I hope I get an eclipse on my birthday some year, but I also hope for a blizzard too, and thunderstorms…I don’t ask the weather for much.

Today’s tea from What-Cha might win the award for the most unique terroir I have experienced! Azores ‘Encosta de Bruma’ Premium Green Tea is, as the name says, from the Azores and is from the oldest European tea estate, the Gorreana Tea Estate. They have been producing tea since 1883, they have been pesticide free for 130 years, that is some old school organic practices! The thing that infuriates me is none of my tea history books mention this tea estate, or if they did it was so brief that I forgot about it, tsk tsk, I was not even aware that the Azores produced tea, so being able to be educated about a new tea producing region makes this tea extra special to me. The aroma of the green leaves is gentle, with initial notes of fruit and vegetal. This transitions to sea air and a touch of tomato leaves. I would say that the aroma is both interesting and non-assuming, so it is not like getting hit in the face by a wave or sitting in a pile of fruit. It balances its sweet and savory notes quite well.

I decided to steep this tea Western Style, as it fitting for a European tea. The steeped leaves are still quite gentle with their aroma, it is savory too, with notes of tomato leaf, a bit of tomato, and a nice pinch of sea air. I think it is safe to say that these leaves have some serious umami going on. Which is a total contrast to the liquid! Its aroma is a great blend of fruity notes, specifically apricots and a bit of orange, along with fresh tomato. I will be honest, I had to do a double take sniff, because it caught me a bit off guard. It is a strange aroma, but not an unpleasant one, it reminds me a bit of a salad.

The taste is delightfully mild, sometimes you want a tea with a bold in your face taste, other times you want a tea that is mild and delicate, this is definitely that tea. It starts out fairly savory with notes of sea air and tomato leaf, this slowly transitions to sweetness until it is like taking a full bite out of a fresh apricot. Drinking this tea reminded me of standing on a sea side cliff in Maine while eating an apricot, the refreshing sea air and lush vegetation with fruity sweetness make for a very refreshing cup. I could certainly see myself reaching for a cup of this tea when I have a headache and I want a light, refreshing, tea with very clear and crisp flavors that do not overwhelm.

For photos and blog: http://ramblingbutterflythoughts.blogspot.com/2014/10/what-cha-azores-encosta-de-bruma.html

So, this is my new favorite green tea.

It sips in strong with lots of nectarine/peach notes and a little straw with a delicate light finish. After each sip there is a bit of dryness and a strong distinctive apricot taste that hangs out for awhile. The resteep isn’t bad but is moderately dry and a bit acidic.

Full review on my blog, The Oolong Owl http://oolongowl.com/azores-teas-cha/

I just got my order from them….can’t wait to start dipping into it….