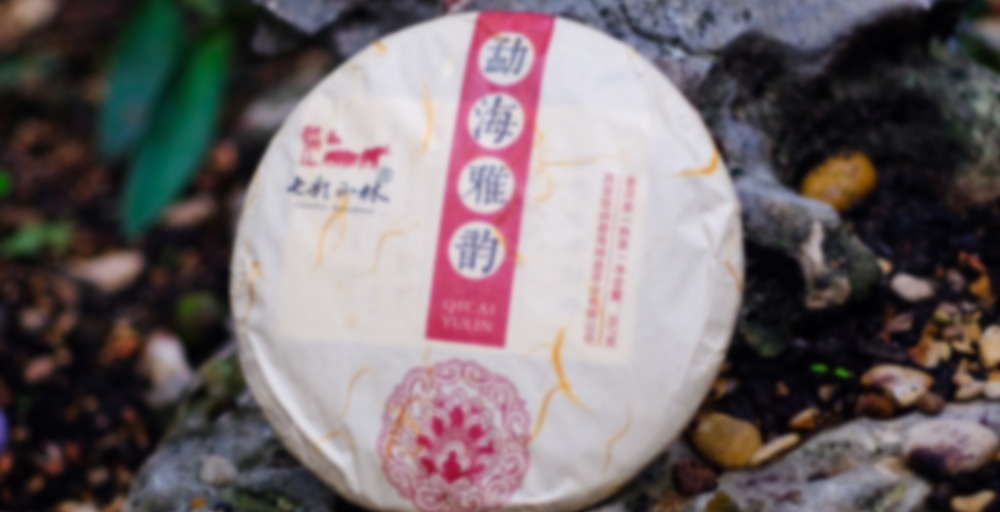 by West China Tea Company
81
You

2010 Dragon Bro Shu Pu’er Bing (龍弟熟茶餅, Lóng Dì Shú Chá Bǐng, “Little Brother of the Dragon Shu Tea Bing”) – In 2012, when we started West China Tea Company, we selected an affordable new Shu Pu’er cake that had been produced that year in order to offer a good daily drinker as part of our starting catalogue. Since 2012 was the Year of the Dragon, this bing has a stylized dragon on the front paper wrapper, and it became known as Dragon Bing. Over the years, as this cake aged, it became more and more valuable, ultimately becoming one of our all-time favorite Shu Pu’ers. Alas, all good things must come to an end, and in 2018 we acquired the last of the Dragon Bings. We immediately began searching for an equivalent bing that could match the Dragon Bing’s rich, smooth, and earthy profile—without being prohibitively expensive.

We were able to secure a large batch of the same blend of Nannuo Mountain Pu’er, fermented in the same Xiǎo Duī Zi 小堆子 (“Small Pile”) style, picked and processed in 2010 and pressed in 2013. Although 2013 was the year of the Snake, we named this caked Lóng Dì 龍弟, meaning “Little Brother of the Dragon,” because it is the successor to the celebrated Dragon Bing and because a snake is kind of like a little dragon! Like the Dragon Bing, its profile is smooth, rich, earthy, and sweet. It is made from a blend of different patches on Nannuo Mountain, resulting in a broad-spectrum, classic Shu Pu’er taste reminiscent of the Dayi Tea Company Shu Pu’er Bings. Being blended not only makes it more affordable, but also helps to create the appealing pallette that makes it a daily drinker. Dark and complex, this bing lacks any bitterness or astringency, and its profile is dominated by a cheerful, petrichor flavor and character. Also notable is its syrupy huí gān 回甘 (“returning sweetness”), and a marked difference in Qi from the Dragon Bing. The Qi of Lóng Dì is noticeably more even-keeled and composed than its older brother, which presents an intensity befitting the pioneer sibling. This second edition of the Dragon Bro is from a later 2017 pressing, and has a similar profile of the original as it is from the same source leaves.

First of all, don’t break off an enormous piece of the bing like i did. just use a normal-sized chunk, say about the size of a quarter, less volume than a large marshmallow, for use in your gaiwan. HOWEVER if you do accidentally start with too much, you can always dilute with a touch more hot water; the flavor is not hurt by doing this.
SECOND OF ALL this was a wonderful investment! My friend Emma and I ventured across town to have a Tea Sit at the delightful West China Tea House, where the owner served us several fine teas and regaled us with stories of his own tea journey. Quite a lovely afternoon interrupted at last by the arrival of hazardous weather conditions that drove us all indoors.
For our second tea of the Sit, we were served round after round of this incredibly deep and textured pu’er directly from a tea farmer venturing into pressing their home-grown pu’er (most pu’er comes from government owned factories!), and every teacup was a journey unto its own. The flavors waxed and waned like cycles of the moon, and taking the time to savor each slurp was simply lovely, especially with friends. Emma and I split a bing to bring home, and this morning while lounging i am enjoying my over-leaf’d tea session immensely. Once i get the ratio of tea:water perfected, this will be a daily drinker for quite a while, and i. am. pleased.