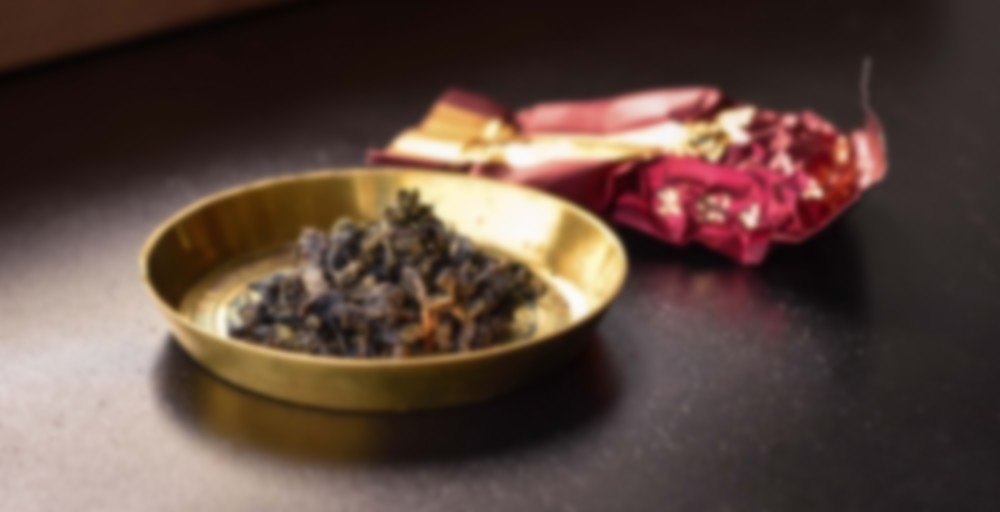 by Verdant Tea
81
You

“Yun” is a complex concept. While it can be literally translated as “charm," the yun of a tea is more than simple appeal – yun is what makes the tea powerful and lingering beyond the common concept of aftertaste. Only the finest teas have a perceptible quality that would be described by professional Chinese tasters as yun. While there is no complete agreement on how to put yun into words, we notice a light cooling sensation and a tingling almost electrical texture on teas that have yun. This feeling builds up with every sip, making subsequent steepings more and more commanding. Master Zhang creates this through careful charcoal roasting over several long sessions and many days, relying on his experience and senses to get the finish perfectly right.

short review: one of the best roasted tieguanyin’s I’ve tasted.

The roast isn’t overbearing nor is it absent, it’s just perfect. It’s like the little sister of the Qiyan from Verdant Tea. Smooth and delicious, with full of flavour. Delicious sample, can’t wait to get more.

Tomorrow I have to leave for what will likely be a horrible work retreat, thus I will probably not be drinking and reviewing much tea for the next two or three days. I have an aged Tieguanyin I want to squeeze in tomorrow before I go, but I’m not certain I’ll get to it. I had a sample of this tea and drank it a little earlier, so I figured I may as well post a review while I was still up.

Prior to the rinse, the dry tea leaves emitted aromas of butter, brown sugar, and vanilla frosting. After the rinse, aromas of grain, cream, butterscotch, and caramelized banana began to appear. The first infusion brought out hints of graham cracker and flowers on the nose. In the mouth, I detected notes of butter, cream, vanilla frosting, brown sugar, graham cracker, and caramelized banana. There was something of a grainy character there too, as well as something of a vegetal note that I could not place no matter how hard I tried. I failed to note any floral character at this point. Subsequent infusions brought out touches of toasted rice, violet, orchid, minerals, watercress, and bamboo shoots. There was also a very light, fleeting impression of coffee at a couple of points. Later infusions were mostly grainy, savory, and mildly vegetal under dominant mineral notes, though I could detect touches of sweetness at times. I noticed that this tea’s aromas and flavors washed out rather quickly, but I also must point out that this tea was very lively in the mouth and offered a unique cooling effect after the swallow. I cannot accurately describe it, but after the third infusion, I noticed that when I drew my breath in I experienced a menthol-like soothing effect that seemed to cool my mouth and throat. That shocked me too because I could detect no such herbal, minty notes in the tea itself.

This was an interesting tea. Its lively, playful nature and unique cooling property combined with a nice body and a consistently appealing texture to somewhat mitigate its lack of longevity. I enjoyed it a great deal, but I also cannot see myself reaching for it with regularity. As roasted oolongs go, however, I found it to be a success.

A really delicious tieguanyin. Perfectly roasted, velvety mouthfeel, medium viscosity. Dried apple, caramel, and raisins (plus that classic “tieguanyin tang”) in the body, with unripe cherries and sweet cranberry juice in the finish. Flavor completely disappeared by the fifth infusion which was disappointing, but up to that point I was in love with the tea. An excellent daily drinker and a relatively uncommon flavor profile for a tieguanyin.