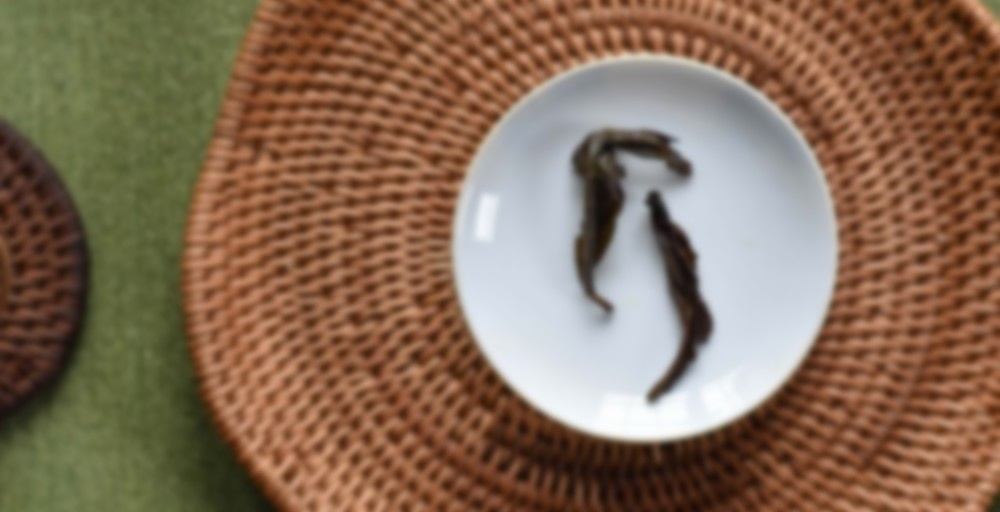 Fo Shou, or “Buddha’s Hand,” varietal has uniquely large, long beautiful leaves. This reserve harvest is a selection of fine early spring leaves cultivated in the Li Family tea garden along the Longchuan gorge within the Wuyi Ecological Preserve. Each leaf is carefully hand-picked and finished in bamboo baskets over wood embers. Fo Shou varietal is particularly juicy and full of temple-like incense aromatics. The reserve harvest shows off the best of the varietal while pairing the Fo Shou profile with the cooling tingling ‘yun’ sensation that only the finest teas evoke.

Here is another sample sipdown. I greatly enjoyed the most recent release of Verdant’s Fo Shou and did not want to close out the month without trying the reserve version. Like most of the reserve releases of Verdant’s seasonal teas, this one is crafted from older bushes and is designed to highlight the differences between older and younger plants. Normally, I find the reserve releases to be smoother, softer, subtler, and presenting different flavors than the regular releases. That was definitely true here.

Prior to the rinse, a sniff of the dry tea leaves revealed aromas of cinnamon, aloeswood, cedar, pipesmoke, citrus, and licorice. After the rinse, aromas of char, lotus, and fig became apparent. The citrus aroma also became considerably more powerful. At first it reminded me of bergamot, but further investigation revealed it to be more like pomelo. The first infusion produced a similar aroma. I caught a hint of tobacco this time around. In the mouth, mild notes of char, fig, pipesmoke, cedar, tobacco, pomelo, and aloeswood combined with hints of lotus, red licorice, and cinnamon on the finish. Subsequent infusions steadily grew softer and more mellow. I did not find that the aroma changed considerably (the weather had become colder throughout the day and my sinuses were beginning to drain by the time I started this session), but I could detect emerging notes of wildflower honey, roasted grain, nutmeg, and juniper in the mouth. A subtle mineral presence was also evident. The later infusions quickly peeled back the layers of woody, shrubby, herbal, honeyed, and smoky flavors, leaving a razor thin wash of minerals, pomelo, roasted grain, and extremely light lotus character before a mix of cinnamon, nutmeg, and red licorice took over on the finish. The impression left in the mouth was of a duel between alternating prickly and cooling sensations.

The flavor faded fast in this one, but what an impression those first 4-5 infusions made! Even after most of the tea’s complexity was stripped away, the effect it left in my mouth was indescribable, yet very satisfying. Compared to the regular Fo Shou, this was somehow simultaneously a smoother, spicier tea that faded a little faster than one would expect, though it still managed to capture the fascinating temple incense aromatics and unique blend of earthy, woody, fruity, and spicy flavors one would expect of a good Fo Shou. If you do not mind a tea that peaks early and fades fast while leaving an absolutely euphoric afterglow and pleasant tingling sensations in the mouth and throat long after it has peaked, look no further.

Delicate and light, wonderful nose with nutmeg, fig, honey, slightly roasted notes. Palate honey, light lychee and floral notes with licorice candy lingering on the back of the palate, cedar, and a very light note of grass. Another really nicely balanced tea.