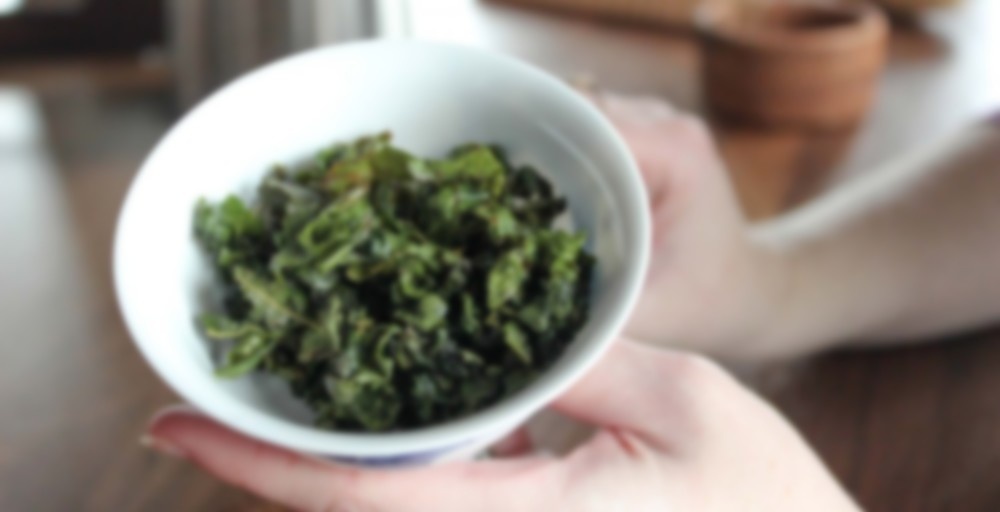 Rou Gui is better known as a roasted oolong from Wuyi. Master Zhang’s Rou Gui varietal bushes grow among Tieguanyin fields and wildflowers, and benefit from sweet mountain spring water. Rou Gui is famous for its rich cinnamon flavor, and it is a real treat to taste such strong cinnamon notes in a green rolled Anxi oolong.

Sadly, I don’t remember this one anymore, but I’m sure it was good. I didn’t drink it that long ago, it has just fully escaped my memory. :(

This was a 5g sample pack from the Autumn 2018 harvest.

This will be my first time trying a Roi Gui. I’ve heard a lot about it from other tea people but just never tried it until I bought the Master Zhang oolong tasting pack from Verdant. Verdant is hard enough to pass buy without buying as it is but mention Master Zhang and the chance for buying increases tremendously. The dry leaf is so fresh smelling. Slightly floral, some tropical notes mixed with mineral notes. The mouthfeel on the first cup was incredible. The silkiest mouthfeel I have ever experienced. It’s so smooth. Like licking the smoothest rock. Licking a piece of silk sheets? I’ll stop. The wet aroma is slightly like buttered popcorn and baked bread of some sort… Like pudding bread. With nominal orchids and other unique florals.

One of my favorites. Warm and nutty tasting, very comforting. 5/5

Another of the oolong samples I recently finished, I actually meant to get around to this tea much sooner than I did. I’m not sure that it would have been better for me had I gotten to it sooner, however, as Rou Gui is still not one of my things. I know others who enjoyed this tea, but I, on the other hand, found it to be a little lacking. Again, Rou Gui is not a cultivar I dig all that much.

Prior to the rinse, I could detect aromas of spice, cream, and custard coming from the dry tea leaves. After the rinse, I noted a clearly defined cinnamon scent. The first proper infusion then yielded an even stronger cinnamon aroma, but I did not find anything new. In the mouth, the tea liquor immediately offered notes of cream, custard, butter, and aloe. I was expecting more of a cinnamon presence up front, but it ended up hitting me on the swallow, leaving spicy tingling sensations in my mouth and throat. Subsequent infusions turned increasingly floral, as I began to note impressions of hyacinth, gardenia, narcissus, and violet. Notes of grass, minerals, watercress, pear, peach, vanilla, honey, and lychee emerged as well. The later infusions mostly offered cream, butter, and mineral notes balanced by touches of grass, narcissus, lychee, and honey.

Well, I was expecting a much spicier tea than I ended up getting. This tea surprised me greatly by how floral, savory, and vegetal it was. That, however, was a problem in my eyes; it was not all that unique compared to any number of contemporary Anxi oolongs. To be blunt, I think I’ll just go ahead and file this one under not terrible, but not all that appealing to me.

Here’s another Verdant oolong success that I only have a sample of; I ordered the wrong ones in bulk!

I used the gongfu method (10s, 15s, 20s) yesterday and drank it all throughout the day… and I may be drinking it still today because I only had enough for one session, you know?

It has a similar profile to my Si Ji Chun from Camellia Sinensis (heavy cream, spice, floral), but this doesn’t have that half-baked, unsweetened dough element that I wasn’t keen on. Jasmine, cinnamon, and cream combine with something sweet, almost fruity or honey-like, to create a satisfying, round profile.

I’m not rating it because of the lack of time with it, but it’s going on the list for fall 2017 purchases. And to think I thought I wouldn’t like it because I’ve only ever seen “Rou Gui” as a roasted stripped Wuyi oolong.

Okay, I’m mega curious: How does this one compare to the Jin Guanyin, and how do those compare to Taiwaneese oolongs? I’ve only had roasted Rou Gui’s though I may have had one from Mandala, and I’d guess the Jin Guanyin would be a slightly fruity Tie Guan Yin. I’m also debating on what green oolong to try next.

Whoops, I missed this. I’m going to give you a detailed reply filled with my inexpertise knowledge.

I only had one serving of this, so I can’t give you any certain comparison, but imo it’s not that similar at all to the Jin Guanyin. Jin has a definite fruity profile with specific fruits (lime) you can pick out. Rou Gui is just kind of sweet, especially the first steep, in a honey or syrup infused way. Verdant claims it has monk fruit notes, but I’ve never had that so can’t vouch for the accuracy; looking up monk fruit now it says it’s often used as a sweetener, like stevia.

Jin was also more floral (strong lilac & violet vs extremely subtle jasmine) and had more dynamic steeps. This Rou Gui had a satisfying profile but it didn’t seem to change much, even with my sloppy gongfu times and temp.

I’m going to be contradictory and say the cinnamon note in this oolong wasn’t THAT definitive; especially when I compare it to the unmistakable, almost overpowering, note of nutmeg in the Si Ji Chun I own.

Besides that Si Ji Chun, the few other Taiwanese oolongs I’ve tried this year have had grassy and vegetal notes! Anxi Rou Gui didn’t have that at all.

PS- Just to emphasize my lack of oolong cred: I can’t actually compare this to a true roasted Rou Gui either. If I’ve ever tried one I wasn’t paying attention, which is unfortunately usually the case with me and roasted Wuyi oolong types.

Too ill to provide proper tasting on this one, sadly, as this sample only has enough leaf for one session.

My addled senses want to insist it is far less floral, and so I may buy some and try it again later to confirm.