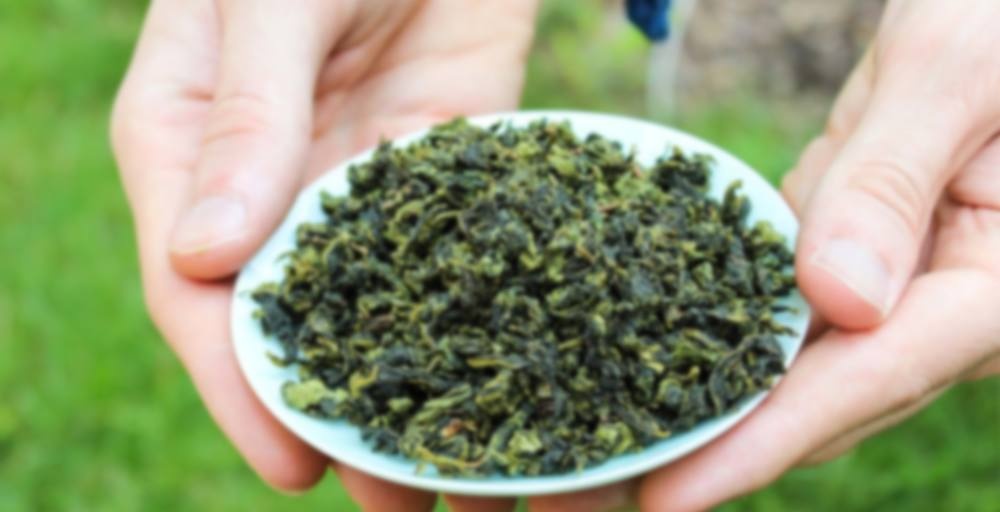 I was asked to provide two tea’s on one Sunday afternoon per month after Liturgy for a monastic practice of reading usually done at mealtimes when no one else speaks (but we’re just having tea).

Do you realize how hard it is for a tea nerd to narrow down mega mountains of possibilities to TWO tea’s?

“OK”, I thought, “One hot, one cold, one caffeinated and one herbal.”
That was easy.
I’ve had great success with a hot fruity herbal tea from Happy Luckys TeaHouse here in town (all natural and organic Harvest Moon).
The second choice was Verdant Early Spring Tieguanyin.
(Cold brewed overnight using spring water and beginning at room temperature.)
I chose this tea for its delicate combination of subtle floral and hint of clean savory flavors that dance lightly through your mouth. A perfect hot weather introduction to tieguanyin for those who have never had full leaf tea.
Each month, I’ll introduce two more tea’s. How fun for me! This is what I’ve been doing since Steepster (besides getting older!)…introducing people to tea.
I hope my old tea friends here are well!

Glad to see you here. That does sound like a fun thing to be doing. :)

The first steep was a pale yellow and I could smell and taste the traditional TGY notes of flowers and cream. However, there was also an underlying green and fruity flavour to it that reminded me of pear. Now, I’ve never had a pear-flavoured oolong, but I can totally see the appeal.

The second steep was a bit deeper in colour, more of a buttercup yellow. It was a bit sharper and tarter, but overall it was still quite mild. My sister, who was visiting us that day, had a sip and told me that it made her think of mangoes — interesting!

The third steep was the mildest and palest, and was quite delicate. I let it cool, but even cold it was quite refreshing. After the third steep, the leaves still hadn’t completely unfurled but they were a gorgeous forest/emerald green.

Anyways, everything on it is in celsius so now I have to remember new numbers :P
This one I brewed at 85c which was might have been too much, but it still ‘turnt out’
For whatever reason, I’m getting more of a TGY texture than a taste from this one. The smooth cream/butter like texture sticks in my mouth for a good few seconds after each sip.What this lacks, which I actually kind of enjoy, is the strong floral accents that many TGY have. For me this allows me to get the green oolong vegetables notes more directly unlike when floral notes overwhelm one’s mouth when drinking a potent TGY. This is great news for me because I like my floral teas to be drank outside and others to be enjoyed inside; this one was being drank inside too :)

WARNING: LONG REVIEW.
I’m sure that the samples I had were probably of Spring 2015 itself, but this is what comes the closest to in terms of the tasting notes I looked up. The first time I steeped my first sample, I followed the instructions of four grams for six ounces of water, fifteen second rinse with 205 degrees F water, and got nothing. One bare note of creaminess. I steeped it twenty seconds. Still, bare creaminess and floral notes, but otherwise, hot water. Then I did something outrageously stupid: I upped the amount to seven grams of leaves, half of them dry, half of them not, and brewed for 3 minutes….still way to light and barely present in ANY flavor. Other than my shining example of burning impulse, I didn’t know what I did wrong. I could barely get a taste-I was drinking light flower water.

And so, I decided to get another sample as a freeby with my order. I honestly couldn’t let the backlog above as my impression for this tea. I knew it HAD to be better. It was. This time, I used the full seven gram sample for seven ounces of water near 190 degrees F. The dry leaf smell offered so much more than the previous one: a very distinct vanilla orchid aroma invited me. There was almost a jasmine like sweetness to it, and the smell was amplified once brewed in hot water.

I rinsed it for fifteen seconds, drank it, and decided to do it western. I was really hoping to do it Gongfu style, but the tea was not quite strong enough for me personally to do it that way. Steep one: one minute, and primarily orchid, some sweetness and creaminess, with a vanilla accent. The mouthfeel was light, yet smooth and creamy. I was hoping for a little bit more taste, but the aroma made up for it therapeutically. Steep two, near two minutes, still seven ounces like the rinse and steep one, and got the full profile. Orchid, cream, vanilla, and flowers. Steep three was pretty similar at three minutes, but more floral, peachy and green than creamy and vanilla, and not quite as sweet as say a lychee, honeysuckle like steep two. Now on steep four, it’s light, but creamy and peachy with an undying floral faint character. I’m not sure if I’m going for steep five, but this one has a purity that I can savor.

I honestly had really high expectations for this tea, and was more critical than I have been of others. Tie Guan Yin holds a very special place for me. I was introduced to Green Oolongs by it, and unlike all others I’ve had, Tie Guan Yins have a distinctly divine quality. If you want to believe in the legend that names this tea, it is indeed divine in nature.This tea was, or rather, is a gift from the Iron Goddess of Mercy,the Bodhisattva Guanyin. When I drink a good Tie Guan Yin, I immediately think of this legend, and feel as if I’m drinking something from heaven. This is the type of tea that I can meditate to, the kind of healer that purifies me of all the leaching negativity of daily life.

Again, I have very particular expectations, and this time, they were met. This is purity in a cup like a good Tie Guan Yin is supposed to be. There are others that I might recommend over this one, but very few that hard to come by. I’d still recommend it, though more so for an experienced drinker. I wish I knew how to steep it better Gongfu, and I honestly might not recommend this to a newer drinker because of inexperienced steeping parameters (as clear in my prior dunce).

Rating is a bit difficult for me on this one. I think that it deserves a range in the 90’s, but in terms of my preference for slightly stronger teas, I’m putting it at an 85.

Thank you David for this wonderful tea!

I had the last bit of this tea today and decided to do a farewell review. After playing around with the brewing parameters, I went back to Verdant’s gongfu guidelines and this time, combined the infusions before drinking. The combined short infusions really brought out the tea’s flavor. Thick mouthfeel, sweet and juicy florals. It’s also best to let this tea cool a bit before drinking. That floral notes really came through once it cools to room temperature.

I agree with everything you did and said here! That is the way to drink this tea for maximum loveliness :)

Yup, I followed your suggestion last time to combine the infusions and it sure made a difference. Tried it for other teas and I found I like it better that way.