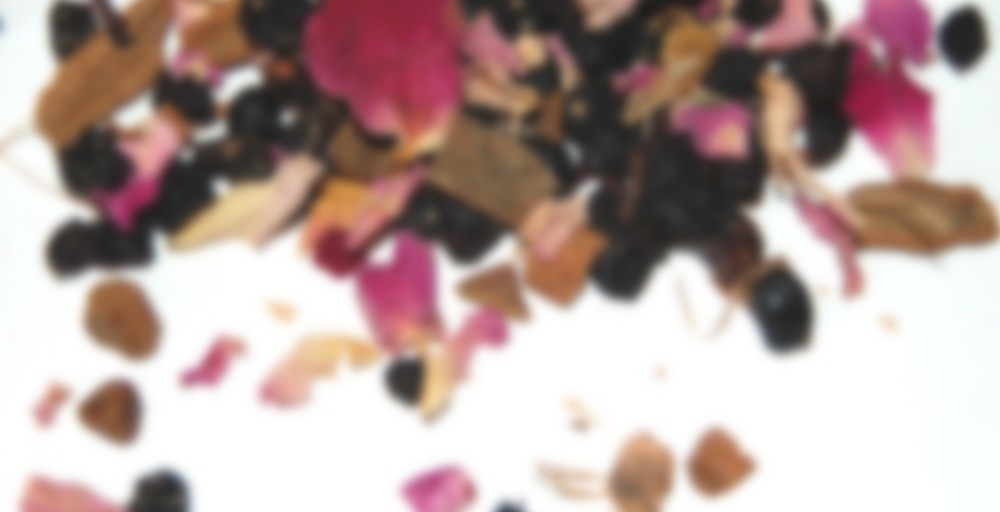 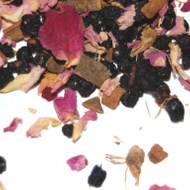 by Verdant Tea
81
You

This is our solution for a tea that is crisp, sweet, and complex, steeping up bright pink, but without the addition of hibiscus that can be intensely tart. The elderberry forms the base of this flavor, dark and sweet. The cinnamon provides extra dimension and a longer aftertaste, while the rose gives the tea a crisp and refreshing quality. Hot, this is an excellent cold remedy, with the vitamin content of the elderberry, the cold fighting power of rose petals that is traditional in Chinese medicine, and the anti-inflammatory power of licorice. Cold, this is a wonderfully refreshing drink that is great iced with a quarter lime and raw sugar.

my foot has been hurting so I’ve been drinking a lot of tea today at home today. Time to switch to decaf. This was incredibly good with a bag of decaffeinated Ahmad Evening Tea. It ended up being like a berry flavored coffee somehow. yum!

Hope your foot gets better soon!

Elevate it. Be well

Nothing too serious I hope :-O

I think it’s Plantar Fasciitis or something, not too serious just annoying

Ugh. It just takes so long to get over Plantar Fasciitis. Lots of stretches every am and pm, especially in the morning, and good supportive shoes…all the time. No going barefoot for a while. Hang in there!

So on to my Verdant Alchemy Blend adventure. I picked this up because I have never had an herbal with rose or elderberry. I opened the package and saw the beautiful pink rose petals. The dry mixture had a fragrance of perfume. One of my coworkers said that it smelled like something Marie Antoinette would have had in her teacup.

I brewed 2 teaspoons for 5 mins. The pink from the petals transferred to the liquor and the wet petals were white. I could smell the cinnamon and licorice root right off the bat. Nice..very light. The elderberry was sweet and was matched well with the other ingredients. I’ve had this same tea but with hibiscus instead of the elderberry. While I love hibiscus this is a nice change from the norm. I’m glad I purchased this.

Have you tried this iced yet? I recommend it, just steeping all night long in your fridge in cold water. Turns out pretty and pink!

I will this :)
Thanks

I just ordered some… it sounds delightful!

Hiya!! Sipdown
So autumn rose is nice, fruity moist smelling, and after the steepage in a Gravity Pot, the taste is not bitter, maybe a bit of sweetness from the flower petals. It’s not entirely vegetal and has almost no actual tea taste unless it’s residualar from my dern tea-steeping thing.
On a lighter note, I put it in a togo cup and sat at my favorite UCI campus hangout and heard a joke from some underclassers, it goes, So you’re at the hospital waiting room, and against the wall there’s two doors: the door to pleasure, and the door leading to like unbelieveable torture. In front of each door is a guard and all you know is one has to tell the truth and the other is always lying, but you don’t know who’s who, and you only have one question you ask either one. So, what do you ask them if you only have one question.?
The punchline is implicit, heh they’re both telling the truth because what you believe going into the door, is what it’ll feel like, so if you think it’ll be bad and good it’ll still be bad, and vis versa. Kind of like this tea, that I went into it thinking it would be good, and it was good.