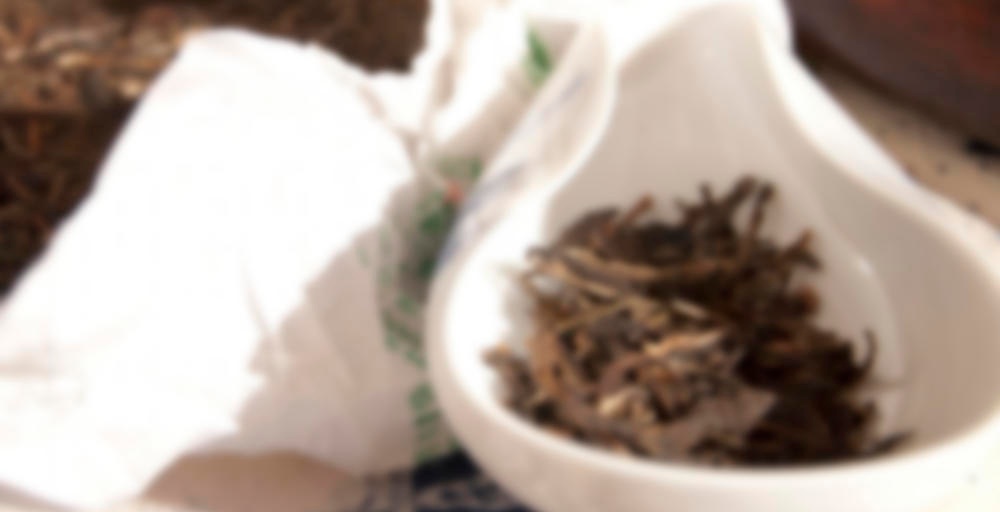 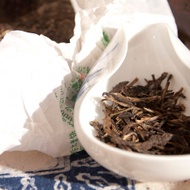 by Verdant Tea
88
You

Tasting Notes: When opening up a brick of this pu’er, it is impossible to ignore the intensely sweet aroma, like bubble gum in all the best ways and none of the artificial ways. The first few steepings are almost scandalous- they seem closer to a Dancong oolong in their crisp, sweet, and slightly woody flavors. There is nothing of the astringency one might expect in a younger sheng like this one. The promising smoothness delivers and builds upon itself in later steepings, with the velvety spice that a Yunnan Golden Needle might have, complimented by an ever-stronger cedar wood flavor. The green citrus texture of lime starts to emerge as an excellent counter to the growing pine needle notes. In very late steepings, sweet alfalfa and apricot linger in the mouth. Yongming workshop has never disappointed us, seeking out some of the best wild-picked leaf stock in Yunnan for their pressings. When they name a tea “The Star of Bulang,” they aren’t kidding around.

House of Tea in Sweden AB

I cannot recall the last time I had Sheng. For whatever reason I said to myself that today it was a must have. I brewed this up in the Yixing and I let it steep for maybe 3 minutes. When I poured it out an aroma of burnt orange and cloves filled the room with this heavenly scent. My first sip the liquid seemed to laugh at me as it went down, tickling me with this energy that only a fine Sheng has. The flavor is much better than my last tasting. My second cup I let steep for an eternity. When I poured it out the liquid was laughing at me from the cup, daring me to drink it. I am so tea drunk off of cup 1 that I think I will save it for later. The first cup made me wise….

I love your tasting notes! When I’m drinking sheng, I often think about how you would describe the tea, and my cup is better for it.

Thank you very much for your kind words!!

I’m with you…the flavor of this tea is amazing and only solidifies my love of sheng pu erh…been so busy that I haven’t had the chance to post and reviews, but I will be putting this one forward as it is fantastic

And I have been busy too. And this Sheng literally is still putting out how many days later? And this includes steepings of 18+ hours at a time.

Hum …reading this for the first time …it sounds as though this Sheng took you on a journey. Possibly a lovely tea buzz?! …Some like the 1998 xingyang have that effect and some others. …Anyway, nice review oh wise one!

Wow, when will I ever cease to be amazed by Verdant Tea’s offerings?

This Sheng is one of few teas to bring me to the brink of speechlessness. It’s so sweet and just keeps giving and giving. It’s creamy and silky, with definite bubblegum notes but with a wood aftertaste that refreshes and quenches.

Later steepings become peppery with a silky kick- slight astringency at the back of the tongue. Ever so slight notes of smoke on an earthy base. Gorgeous amber colour. Happiness. Content.

You are drinkin some good tea today!

Today was my first day at the new job, I needed to come home to a warm hug of good tea! And then of course share with my Steepsterites <3

Backlogging from this weekend.

A sample David was kind enough to send me.

Brewed this gaiwan style for 15 infusions after the initial rinse. I’m not going to write about all 15 infusions, just the first 5 where the most changes happened for me.

The dry leaves were brown and packed and smell was woody with a hint bubblegum, but not just any bubblegum, it was the Big League Chew bubblegum!

Wet the leaves unfurled with shades of green and smelled like mushrooms.
The first infusion was crisp and woodsy like conifers with notes of mushrooms and a sweet note that I couldn’t place. The mouthfeel was thick with a creamy-silky texture.

The second infusion was still very woodsy with mushrooms. The texture became very smooth, more velvety. There was a sweet spice starting to come in, something like nutmeg but not as strong, I couldn’t place it.

In the third infusion there was definitely more spice, the earthy notes were becoming stronger and pine notes were making their way in.

Fourth steeping had that sweet spice turn into black pepper. The pine notes were much stronger and the aftertaste was becoming thick, mouth-coating thick.

Fifth steeping the spice began to fade. The earthy and pine notes were getting stronger still with mushrooms coming back in. The aftertaste was very thick. The aftertaste coated my mouth with a texture similar to eating a too ripe banana.

The later infusions had more pine notes, earthy almost soil-like notes, and mushrooms. For my first time brewing my own pu-erh I would have to say this was a success!

Sounds great! I have yet to even consider steeping into the realm of pu-erh.

I remember Big League Chew bubblegum! Do they still make it?

I had tried a pu-erh once before that someone else had brewed up and I couldn’t resist trying this after reading the different flavor profiles. I still prefer my white and green teas but a nice oolong, and now pu-erh, is good once in a while.

I have no idea if that gum is still in production.

No big deal on whether or not they still make the gum, I guess my question was me thinking out loud; you’re mentioning it brought back memories from long ago. Thanks!

I need to resteep this a few more times before I come to any conclusions, but I’m all pu-erhed out for the night. Rinsed twice. First steep was nice and woodsy, bit nutty but with a nice mouthfeel. Next two were thick and a bit artichokey or as a co-work described it “asparagus cooked in bacon”, but I get the lime notes. Fourth had some bite but cooled down nice and left a minty freshness in my mouth.

Edit: continued infusion Sunday morning and really should have taken the leaves to work because I’m drinking again Monday morning. I did a quick rinse to wake the leaves up both mornings and I think that paid off well. Yesterday I got a delicious sweetness that at first I thought was cocoa (it definitely has developed some black tea notes when Saturday it felt kids oolong) and then it happened, the bubble gum. And it’s still in this seventh… Maybe eighth infusion this morning along with some pepper. It is most enjoyable, though I would pass up drinking steeps two and three in the future. I need to share this with more people so I can do smaller, quicker, and ultimately more steeps in a sitting. But now to enjoy this cup before work. Dread.

Dry Leaf: Very mild earthiness with a good dose of sweetness.
Wet Leaf: Had a warm smell like a wood aroma with the sweetness still there.
Liquor: I got like a amber color nice brightness and good clarity didn’t look murky.
Taste: This tea was smooth with a sweet woody flavor.
My Score/ Over All Opinion: 90, I personally enjoyed this tea granted my wife brought me home a pu-pu platter to snack on which maybe why this tea really hit the spot.

I think I need to air this out and give it another shot, perhaps with less leaf. I had just found it still-sealed in the back of my tea cupboard (!). I did 4.9g in a 60mL gaiwan, one rinse, then short (1-5sec) steeps. The inside of the gaiwan lid smells interesting and good! The tea itself just tastes fresh-woody and is pretty astringent. Maybe with some air it’ll be better.