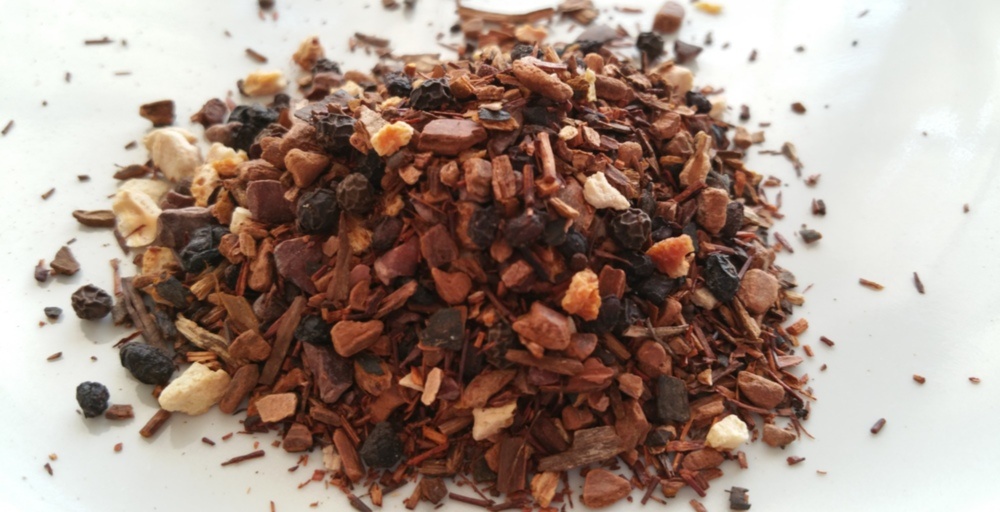 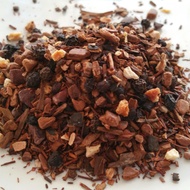 by Verdant Tea (Special)
73
You

One of our biggest projects of 2015 is helping Eva Duckler (Verdant founder David’s sister) build out a brewery for her botanical soda business. We are working with her to brew up fine root beer and ginger ale inspired by old 1800’s recipes and sweetened with local honey. This month we are developing a cola. This tea is blended with the texture of Cola in mind as an inspiration. Of course, much of cola’s distinct flavor comes from the sweetener and the tart kick of citric acid. Take those away however and you have an interesting botanical tea. This tea is a thought experiment of a cola tea, scented with Neroli extract, and blended with an array of spices from chicory and sarsaparilla to pepper and clove.

STEEPING TIPS: Use 5g in an 8oz cup or teapot. Steep with boiling water for one minute. This tea benefits greatly from a touch of honey to add body just like real cola!

I love cola teas, so I couldn’t resist trying this one. What seems cool about it is that there’s no flavouring or sugar or really anything like that to sort of “help the cola flavour along”. It seems like the goal here is to convey it by just breaking it down to the basic parts and then reassembling again… if that makes sense?

Looking at the ingredients list, I see what they were going for but in terms of execution this is not really cola. That could very easily be from the age – but even still there’s no citrus in this ingredients list and as far as I’m concerned that’s an essential part of the “cola” flavour (cola = spice + citrus at its simplest) so even fresh I have a hard time imaging it would really convey the flavour fully…

What it does taste like is cinnamon – a very nice, bake-y and pastry sort of cinnamon though, like cinnamon infused pie crust or something in that vein. As a cinnamon profile, it’s really quite incredible and so I’ve chosen to just enjoy it for that cinnamon pastry kind of vibe. However, I can’t fully let go of that fact that was supposed to be cola and it’s not.

This tea is such an interesting concept that I’ve really enjoyed trying. It’s good, but I’m not so sure it tastes like cola. I smell and taste spice. There is also a baked good quality to it. So, it’s almost like liquid moist spice bread. The bread like flavor is really prominent in the aftertaste.

I want so badly to like this tea, but every time I drink it I only taste the rooibos. I’m steeping this at a lower temperature today with more tea to see if I can coax out a different flavor. It certainly smells different this time around – more like cinnamon or cinnamon candies.

So I’m thinking this wasn’t my best idea. It’s very, very weak and has quite an unappetizing smell. I put the tea ball back in while sipping and, though it’s helping a bit, it now tastes a little bitter. Definitely not good. Plus, the cooler this gets the worse it tastes. I can’t even finish it. It’s completely my fault though since I tried to make adjustments on my own.