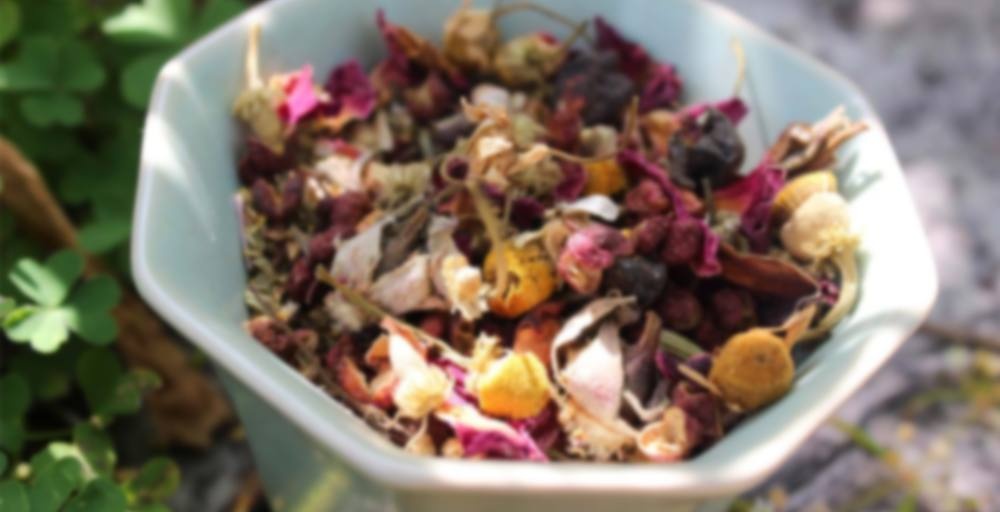 by Verdant Tea (Special)
69
You

Chartreuse liqueur is made from 120 different alpine herbs – originally inspired by an alchemist’s recipe for the elixir of life unearthed in the reign of Henry IV, the exact recipe remains a closely guarded secret, known only to two monk master brewers at a time!

How could we resist trying to pick apart that distinctive flavor? What we love about Chartreuse is its incredible texture – the sensation of heat on the palate. It reminded us of Sichuan Peppercorns and schisandra berries, which we used as the base to this herbal tribute.

This tea originally premiered as part of our Tea of the Month Blends Club – in July 2014, each exclusive blend took its inspiration from the world of aged spirits and liqeuers. This herbal tonic was so unique and unexpected, our Club Members demanded we makes this singular blend a part of our permanent collection.

This is another one from my stash. I’m trying to break up the stash teas that I have at work a bit so you don’t constantly get the same ones in a row. I can taste a bit of the peppercorn and some kind of berry. I can also taste a bit of tulsi but it mixes well with the peppercorn taste so I almost missed it. Some sips have the chamomile taste on the finish but it’s light enough that I don’t mind.

This was from a swap with Zennen. Thank you!

I picked this up before I discovered that I don’t like Tulsi, but figured I should still give it a try. The dry leaf smells strongly of Tulsi and Pepper. It’s a little intimidating smelling. The first sip is savory and spicy with a hint of sour fruitiness. It’s not nearly as intense as the smell of the leaf would lead you to expect, which is actually a relief. I’ve never had Chartreuse so I can’t tell how accurate the flavor is, but it’s interesting. I don’t know that I’ll want more than this cup of it, but it’s definitely interesting to try!

First tasting note! Haha I hardly get those anymore lol…let me preface this review by saying why I haven’t tried this tea sooner. As I have a severe food allergy (peanuts), I am very wary of trying things with unfamiliar ingredients – in this one the culprit was ashwaganda. But after a skin test I decided it’s safe to have (and I’m writing this review, so I’m still good haha)

So onto the review! The dry smell in this one is…to put it simply – MEDICINAL. Man oh man, I have never smelled a more herby smelling tea haha. It is strong and almost like Vicks mixed with tonic and some basil…strong and sharp and almost hurting the nose buds. I suppose you could compare this to alcohol in that it’s sharp and almost brutal smelling lol. But don’t let that deter you! I steeped this for 1 min with boiling water, and the steeped smell was much nicer – more chamomile with mild herbs that I couldn’t really identify, probably peppercorn though as that is a strong component.

As for the flavor, again this is quite medicinal, but I think it captures the feel of a strong spirit lol. I haven’t tried Chartreuse (the beverage) but the tea form is peppery, with an almost tulsi-like component. OH LOL there is tulsi in it, well that explains it hahaha. Not much in the terms of rose or fennel, so fennel haters rejoice? Haha, and the chamomile is just providing a neutral backdrop to the strong pepper and tulsi flavors I imagine. As for the ashwaganda, I don’t know what it is like but it might be provided the smoother mouthfeel like ginseng does, since it’s supposed to be Indian Ginseng.

Overall, a pretty bizarre blend. I can’t really compare it to what the tea is modelled after, so this is not a very helpful review probably. But it was an adventure, and I now know I can have ashwaganda! It might take me a while to get through the bag though because it is so weird….haha, happy to have tried it anyways though! No rating, because I don’t know what it’s supposed to be like.