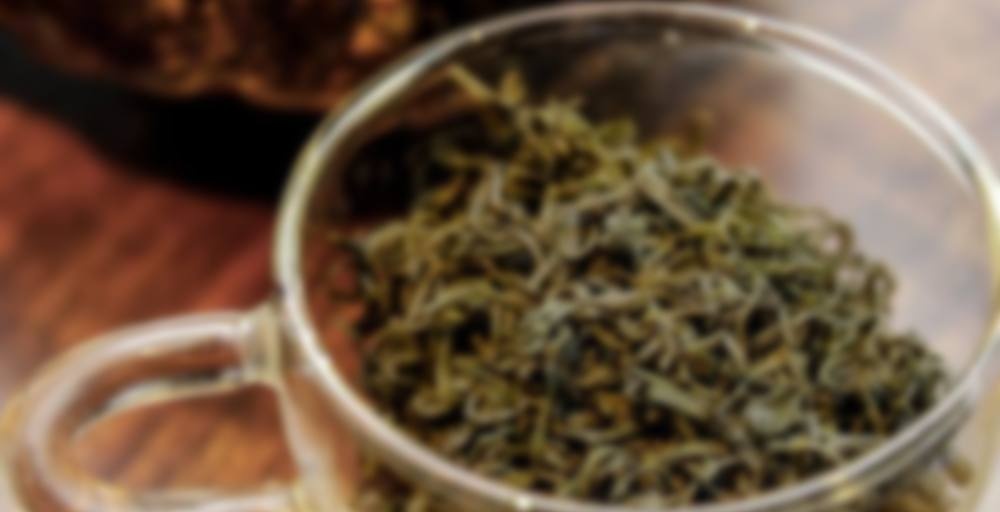 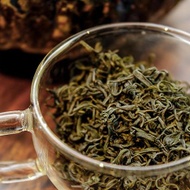 by Verdant Tea (Special)
84
You

I did a bunch of gongfu steeps of this one in my gaiwan but combined them into one big glass. It was essentially the same tea:water ratio, but instead of one long steep it was multiple 10 second steeps, so it would be interesting to know how it would taste different from a western steep of it. But of course teas like this seem to beg to be short steeped, even if you are just going to combine them.

This was fresh and lovely. Green, sweet, like sugar snap peas. I rarely crave a straight green, but I like having them around. Obviously this is not one I will keep around longterm, but it is a pleasure to drink.

The month is almost over & I’m finally drinking this one.
The flavor is SO green! I went with the test tube steeper, short steepings, & it’s so rich & full it reminds me of Matcha!

Pardon my newbie ignorance. Can you please explain to me the “test tube steeper”? I’ve seen it mentioned in tasting notes but haven’t run across one (that I remember) on any of the sites. Where did you get it?

Here’s the link Dexter
http://verdanttea.com/teas/glass-test-tube-steeper/
I love this thing! It is my favorite mode for steeping green teas. They are out of stock right now.

Thank you. Will have to keep a watch out to see if they restock. Looks unusual.

Hi Dexter. If verdant doesn’t restock you might want to check out aliexpress retailers carry something similar starting around 11USD. Just make sure that they are charging per complete set and not per piece and that you check out the shipping costs when comparing retailers.

terri! what an awesome link…. that’s a great device!

Thanks for the advice yyz. Will take a look.

Now this green came as a surprise.
The first thing i noticed was the strong aromatic smell, this tea is superfresh. And the small size of the leaf.

I must say the flavour was a surprise. Loads of spinach and a a superb freshness.
I put the flavour as almost identical to a good quality sencha! Wierd considering senchas are steamed. Maybe its the fact that its still so fresh?
As a fan of sencha i am very pleased :)

I still haven’t tried this one, or the other 2 reserve teas for this month yet. Sounds wonderful!

Bonnie
Delete
I’m allergic to beans,so tea like this is a real treat for me!

I decided to brew this western style, as I didn’t feel like running up and down the stairs all day refilling my tiny gaiwan.

The first steeping of this tea tasted predominantly of corn. As a matter of fact, my husband said that it tasted like the water you have at the bottom of a corn on the cob container at a buffet. While it WAS very similar to drinking corn water, for me, it was a pleasant corn water. There were also some hints of beans and hay in there. It kind of reminded me of a very light gyokuro at times.

The second steeping was completely different. So much so that I wondered if I didn’t accidentally brew another tea. The corn was almost completely gone, and it was replaced with a roasted barley sort of flavor. Then as the brew cooled, that toastiness started coming back.

The third steeping was a completely different color from the first two, and I am starting to wonder if this tea has multiple personality disorder. It’s all hay with a little bit of mushroom. As it cools, it tastes oddly like cucumbers.

Occasionally, in the right mind-set, I can think of of different teas as substitutes for chocolate, butter, or vanilla ice cream. I reach for Mandala’s ‘black beauty’ when in the mood for chocolate, and now I can reach for this when I’m craving a delicious buttery mouth feel. The spinach aftertaste is just a bonus.

I received this today in my verdant tea of the month box. It’s my first nice green tea ever! First off, the bag opens to the smell of mushrooms and spinach.
I’m thinking that, once again, I have not used enough leaves. The tea was very watery… I have no reliable way to measure in grams, so today I ordered a scale on amazon.
On second steeping, I used less water and tasted a smooth mushroom flavor.

PURE HEAVEN! Thank you so much Terri HarpLady for letting me try it.

I’m pretty sure this is last year’s, because I just checked on the website and it seems that this year’s harvest is in pre-order mode right now. It is taking all of my willpower not to order some RIGHT NOW. I have a full ounce of summer harvest Laoshan green from last year I haven’t even opened yet…must be strong. This is top notch though. SO SO GOOD! Everything I love about Laoshan green but even more concentrated :)

I have summer harvest too, unopened :(

Yep, top notch. I instantly noticed the smell is the most intense and savory of all the laoshan greens. The taste is savory, sweet and with nice vegetal notes, but not like your usual green teas.