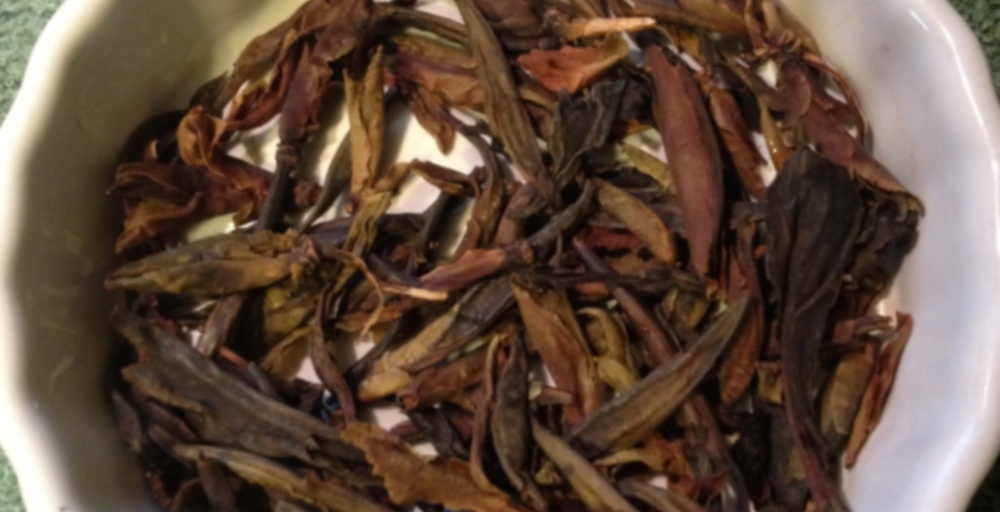 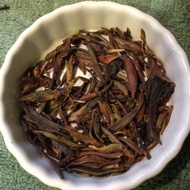 by Verdant Tea (Special)
76
You

Our new friend Master Han picked this stunning yabao personally from the oldest trees on his plot of the Mount Ailao national forest preserve. He sent us his own description of this tea, most treasured in his collection:
“Picked in March from the ancestral trees of the forest, all over a thousand years old, we call this tea Crimson Buds because the fresh buds have an intense red color. In the classic “Book of Tea”, Lu Yu celebrates the quality of our Crimson Bud tea, and its health benefits, confirmed in recent years due to high vitamin content. This tea is defined by its early spring buds, the ability to steep it many times, and a special honey like fragrance. Some people even get light hints of jasmine. The tea liquor is translucent, and the aftertaste is mouth watering and sweet."

Sipdown, 148. With the June reserve club coming in to increase my cupboard size, I thought it would be appropriate to sipdown some of the older reserve offerings I have. These teas tend to languish for multiple reasons: 1) I love them and want to hoard them because they are rare, 2) I don’t love them so I don’t think about drinking them often, and 3) I just don’t have time to gongfu very often. Tonight we came home slightly early so I decided to have this one in the evening.

This is one that I like ok but don’t love. I just haven’t picked up the palate for piney-ness and such. To me it really reminds me of walking a forest, in the cool weather, after a rainstorm. I love that scent, but it just doesn’t translate to delicious to me. But who knows, maybe in a couple of years it will!

goodness, i really should try and get to my reserve club teas!

Theres nothing wrong with floating off into a forest…

I’m having an all day gongfu session, it seems. As one tea begins to wane in flavor, I’m just starting up another one. So now we have this.

This tea is from the January Reserve TOMC. In my efforts to really drink ALL the TEAS, I’m gradually working my way through the TOMC bundles. I have the ‘reserve’ teas in one box, the ‘classic’ club teas in another. I’ve cut the flaps off several Verdant boxes, & I use them for dividers. So this week I’ve been working my way through January in the Reserve Box & March in the Classic.

I am a fan of Master Han. As far as I’m concerned, he is one of the Jedi Knights of tea, with Master Bi being another. Their teas inspire me in a way that Thich Nhat Hanh inspires me.

This tea is very gentle. It is gently sweet. It is a comfort tea, like a soothing bowl of cream of wheat, with a drizzle of honey. There is also a drizzle of olive oil, a trait that all of his teas tend to share. And a nice new-age style buzz, which I’m thoroughly enjoying. I’m still tired, & still feel out of sorts, but I’m breathing deeply & slowly, sipping deeply & slowly, & the next stop will be my garden, because although I’m feeling anti-social where people are concerned, I have a deep desire to commune with plants. Here I go.

Tea, a Star Wars reference, and gardening talk… this might be my all time favorite tasting note. :)

i second veronica, lol. the gentle tea may gentle your mood…. say hello to your plants from me… maybe give them your luscious leavings (it’s how i get my orchids to respike). xoxo

my sister is the singer/songwriter of this: http://liambiggs.bandcamp.com/

what do you think?

Thanks you guys! I shared a few garden photos on my facebook, if you want to see
https://www.facebook.com/terri.langerak

James, I’ll listen to that sample in a little while! Thanks for sending :)

thought you may enjoy… she’s a musician (mostly teacher) and supports herself as you do.

I didn’t think that i’d like this one, since in my head i was equating it with verdant’s silver buds yabao. I’ve been drinking this one to relax from the work that i’ve been called in to focus on today. I’m supposed to be be having a FUN weekend and yet now i’m troubleshooting issues. What fun! I guess i shouldn’t complain too much though, since the past two weeks have almost been normal work weeks. crazy!

I promise to write a better review at some point in the future (no this isn’t a sipdown terri..i just needed to get around to trying some of my reserve teas!) but for now, this is a sweet, delicious tea that i’m enjoying the sun with.

I hope you were able to bring some sipdown samples to work with you!

Story
On rainy days up on Mine Hill, my brother (the other miners kids) and I would go into the big 1870’s Bar in what was left of a ghost town that no longer exists today.
This was once part of a thriving town built on Mercury mining called New Almaden. The mining operation was necessary for processing the Silver which made California rich.

For us, the bar was a good place to set up old liquor bottles and skate around them as though we had our own private skating rink.

Behind the building was a locked map house with maps of the mines on the mountain. (Grandpa Charlie was in charge of the maps and mining)

Past a row of what used to be shops and a Bank was a School.

The School was brick and plaster all crumbling apart.
The worse part were BEES! You had to sneak into the schoolhouse without disturbing those pesky bees or else…you’d better run for your life!
Why would I want to go into the School and chance getting stung you may ask?
Behind the wallpaper, were pictures! Old photographs and drawings!
Students from a century before had somehow stuck little memories of themselves where I could find them later. There were funny black and white pictures of girls in long dresses and hats and boys in knickers. I was young myself so this was all curious.

Grandpa Charlie made a swimming pool out of a wooden water tank on the side of the road to his house. He painted it bright blue.
It filled itself from a spring through a pipe he rigged up and overflowed onto hillside below where deer would gather at night to drink.

Mom would blow a whistle, and the kids from the Austins, Kafka’s and Martinez families would come running to have a swim and some Red Kool-Aid.

When it was hot and the dusty Pine, Oak, Manzanita, Bay, Arbutus, Nettles and Hay would fill our eyes and noses, but a dip in the ‘pool’ refreshed us and the day glistened with light.

Yabao makes me think of this time on the mountain. The scent and taste takes me to this place.

Tea
Today, I went through 15 steeps beginning with 4 seconds and ending at 32 seconds. I could have continued…the leaves were generous.

These ancient tree Yabao leaves were beautiful, long, rose-rust and green colored.
Wet, the aroma was like sea air, a saline spray…savory and alive.

I ’m not going to give a list of the entire 15 steep series of how the tea tasted.

In the beginning, the flavor was savory and sweet…like artichokes and chicken in butter, with the sweetness of floral olive oil on the finish.
Later the taste became cleaner, less savory but still sweet and mouth watering.
I was puzzled about the honey-aroma mentioned by Master Han until I stuck my nose into my glass cup after it was ‘empty’ and there it was! HONEY!
After 8 steeps the balance of sweetness to savory was even, and a pepper scent appeared. There wasn’t heat, but pepper and salty, savory taste with a buttery mouth-feel lasted all the way until the last steep.

The flavor lingers and reminds me of an extraordinary Sheng that has aged to the proper point and is ready. Everything that can be given by a tea is there. Full color, mouth-feel, smoothness, lingering flavor…everything.
The point is, that I am at a loss as to what to say.

I can tell you about how the tea makes me feel and where it takes me.

Yabao takes me into old dusty buildings, past fragrant bushes and herbs growing wild along the side of the road, into the School and bees buzzing, then cools me with a refreshing pool of spring water.

For a moment I’m in Second Grade.

Much better than the usual Yabao from Verdant. This one I actually like.