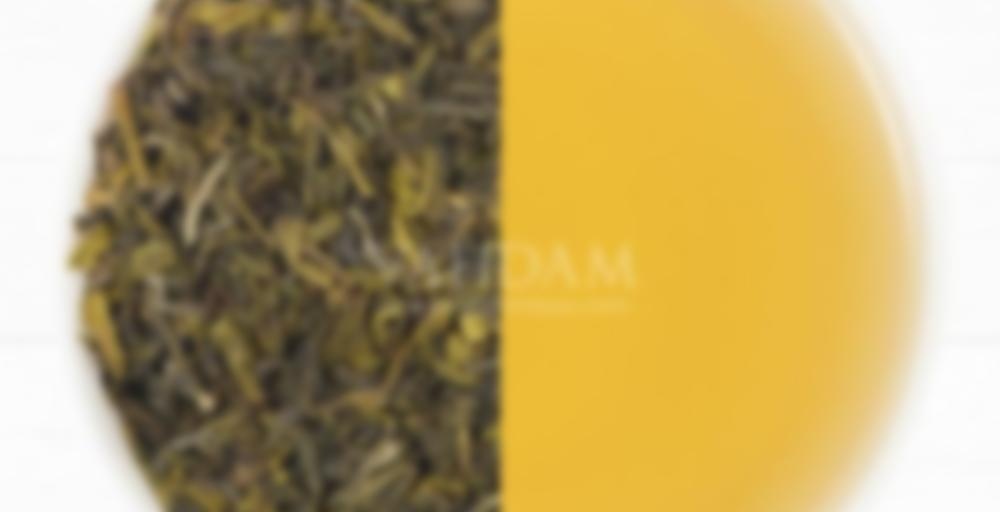 An exquisite green tea with a deliciously floral & citrusy palate. Expertly curated by blending intricately mellow green teas from Darjeeling with the natural oil of the bergamot fruit, this tea is an interesting take on the original English blend prepared with black tea. Bergamot fruit is a pear shaped sour-orange grown in Italy which pairs very well with tea. The cuppa offers a soothing flavour of zesty lime & orange with undertones of fresh grass. The finish is sweet and appetizing. An anti-oxidant rich healthy tea blend with can be served both hot and iced.

Brewing Instructions: Heat 200ml of fresh water to 80-90 degrees Celsius. Switch off the heat and add in 2 grams of loose leaf tea. Let it steep for 2-3 mins. Remove tea filter, pour, and enjoy.

So this one is a bit of an oddity… I don’t think I’ve ever had a green tea from India before, or a green Earl Grey before (though I have had bergamot in green tea blends with other things… not exactly teas I would call “Earl Greys” though). This sample came from Meowster’s cupboard destash a few summers ago, thank you!

I think I overleafed this, since I used the recommended amount from Vahdam instead of my own preference when it comes to amount of leaf for greens, and it tastes a bit bitey as a result. I should just trust my gut even when it looks like a pittance of leaf… live and learn. But mostly what is throwing me off… is the bergamot tastes soapy to me, which I don’t think I’ve ever encountered before. I have no idea if that’s because of the base leaf being very old by this point, that I’m not a fan of bergamot on this base (I tend to not like it on rooibos, either), or if it’s simply the bergamot oil being used isn’t agreeing with me (there was a time when I didn’t like the stuff at all).

So the result is an overly bitter cup, with a really drying/soapy citrus flavor, with only a hint of some nuttiness underneath the blech in the leaf.

I have 3g of leaf left, so I’ll either try my preferred leaf-to-water ratio on that cup, or perhaps a cold brew with the remainder, and see if that doesn’t improve things. But this pot is not happy tea.

I don’t think I’ve ever heard of green EG either. Bergamot is a powerful flavor— I wouldn’t think it would play nicely with the more delicate nature of green tea. I tried a green chai once, and it wasn’t very successful. It tasted like cinnamon and that was it.

I am tempted to agree. I haven’t been a fan of it on the rooibos I’ve tried either, and as far as greens go, there has only been one green blend (Steven Smith Teamaker’s “Rose City Genmaicha”) that I’ve tried where I liked the bergamot used it in (but that blend had lots of other complimenting flavors, not just bergamot). I think the black just handles that strong of citrus better, at least to my palate…

I used up the last of this as a cold brew, and it is a bit better; no longer bitter/astringent, but the bergamot still has that weird “soapy”/“lemon cleaner” taste to it to me. Still uncertain if age did it dirty or this was just never going to be a berg or a combination that I would like. So while the cold brew wasn’t quite as sad… still not happy tea.