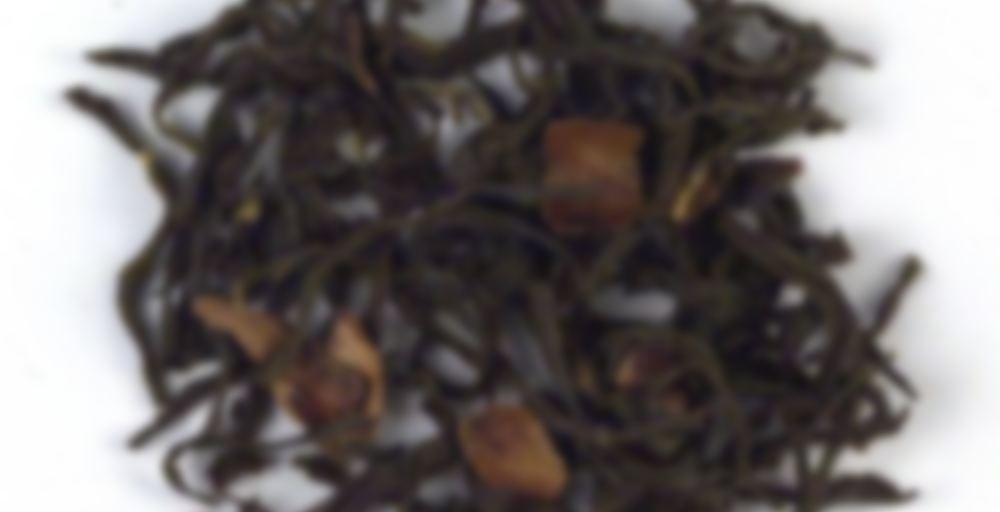 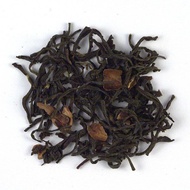 by Upton Tea Imports
75
You

Cacao husks and nibs, from small chocolate producers in the Tumaco region of Colombia, are blended with bold, dark brown leaves to create this unique, naturally flavored selection from Colombia. Sweet notes from the black tea base provide the perfect accent for the rich cocoa flavor.

I got this one from a previous TTB. It’s not chocolatey enough for me. It’s mostly just black tea. With milk, it’s a decent black tea, but I do find myself craving more chocolate.

Another tea I received from derk, but it is from White Antlers. Thank you both!

I was confused about the aroma of this tea. I have exppected some pu-erh chocolatey notes, but it is indeed rather on tobacco side as derk said. It is even bit cinnamony and raisins, which is indeed weird while it contains only black tea and cocoa.

While brewed, I had it actually pretty much same as previous rater. Yep, aiming for 4 minutes, but actually 6.

The tate was pretty much medicore bold black tea while sipping quite hot, but as it cools down, the flavours started to be interesting.

At first, I wasn’t sure if it is cocoa as it was quite raisin and maybe cherries. But as I said, it was cooling donw and when it was lukewarm I get the cocoa notes! I have expected some stronger notes and mostly I imagined it will be bit more like hot chocolate, but it isn’t that sweet and cloying hot chocolate. Maybe you think I think it is dismal for me, but actually it isn’t. I am glad it is not like that, as bar of chocolate isn’t always dominantly chocolate but good chocolate is having different flavours too. Even that cherry seems good for me.

Organic Colombian black tea with cacao husks and nibs brought to my tea table by White Antlers. My first knowing taste of Colombian tea! All I drank in Colombia was coffee… very good coffee.

Dry, the blend smells of cocoa butter and raisin-tobacco. The steeping time range given by Upton says 4-6 minutes; I was aiming for 4 but ended up at 6. The liquor is a dark amber-red color with a chocolate aroma filled out by a complex fruity midtone.

The liquor is very full-bodied, very fruity taste almost like cherry-orange-raisin and tobacco with some rose. The influence of the cacao isn’t so evident but I feel it provides some grounding to the fruity brightness and a unique sweetness to the tea. In general, the flavors beyond the fruitiness are subtle and in a good way. The same fruit taste lingers with wood in the aftertaste.

There is some neat, seamless texture transition going on. It starts like a thick ball on the sip to midmouth where it turns brisk, finally leaving the palate clean and tingly with oily lubrication.

One thing that threw me was sometimes a soapy taste. It could have been the result of the oils in the cacao going rancid but I think this is a relatively fresh tea. Or maybe the temperature was too high and steep time too long. Regardless, I wish I didn’t save only a sample of this approachable tea for myself before dispersing the rest of the bag across the world.

The tea was purchased in late spring of this year. I drank it once and did not get any of the wonderful nuances or soap you described. As I always say…it tasted like tea.

Regardless, I wish I didn’t save only a sample of this approachable tea for myself before dispersing the rest of the bag across the world. Well, depends how much I will receive :) Maybe I will send some back, if I have too much of it. Looks promising though!

This was a perfectly serviceable tea that I bought a small sample of. It tasted fine, but did not make any sort of strong impression on me, aside from noting that it smelled rather “dark” in my mind. It was strong enough to brew three cups from the leaves and have the third cup only taste slightly week, but overall, I didn’t find it particularly chocolatey or otherwise noteworthy.