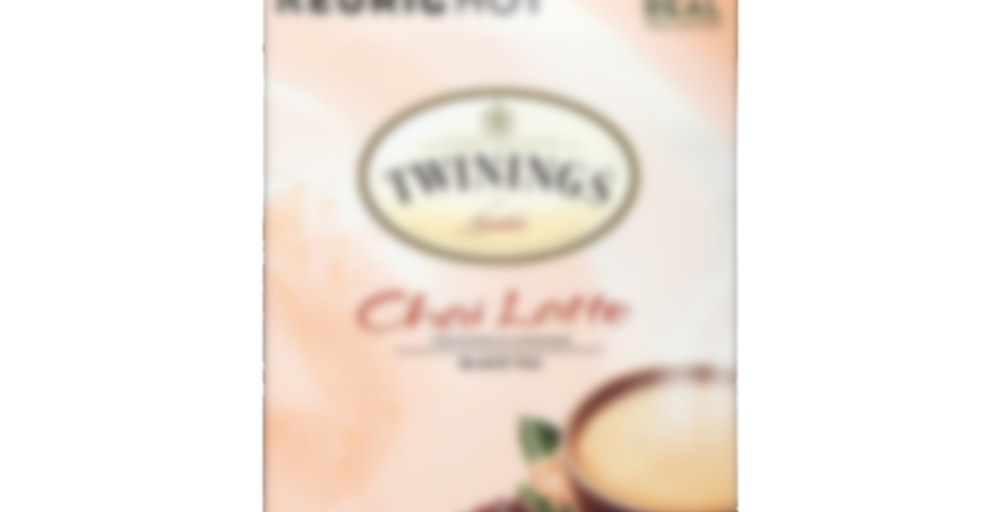 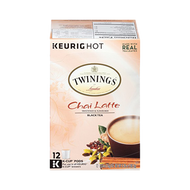 Twinings blends to perfection the finest black teas with the sweet and savoury spice flavours of cinnamon, cardamom, cloves and ginger to give you a line of great tasting Chai teas with a bold, spicy taste and rich, vibrant aroma.

The finest black tea expertly blended with the savoury spice flavours of cinnamon, cardamom, cloves and ginger to deliver a delicious tea with a warm, soothing aroma and smooth, creamy taste.

OK, so another one of the discount store ones. This one is actually labeled for somewhere around November of this year, so despite there being “Milk” listed as an ingredient, I think we are good there.

This is… well it’s a spicy chai all right. Much spicier than the Cafe Escapes one, which in comparison is rather one-note cinnamon. This one actually tastes like it has a profile. I’m getting cloves, cardamon, and a bit of other miscellaneous spices. I swear there is a touch of anise in this, but it could be just me. Sadly, the black tea base is mostly missing, but that’s to be expected for these things. It certainly isn’t as sweet as the other one. I don’t know how to describe this. It’s more complex than my other one, but also the flavors don’t pop as much. So it’s complex but subtle. I really don’t know which one I like better. At first, when I sipped this I thought it was gross, but I’m only halfway through the cup and it has already grown on me.

For chai k-cup? This has a surprisingly rich profile. There’s a tingle to it in the mouth, like a good chai should have. Overall, if you have a Keurig and want a quickie Chai latte, go for it. That’s what I bought it for. (A surprising number of my cups are quickie cups). Most people on here though, I don’t think it would suit. It’s good for a K-Cup… which is even less impressive than saying something is good for bagged. In my experience, loose tea is usually better than bagged, and K-Cups are usually lower on the spectrum than bagged. The only thing I’ve had that K-Cups consistently beat is powdered tea, and that should speak volumes. That said, I have a rather unrefined palate, and I can easily stomach things most people on here never could.