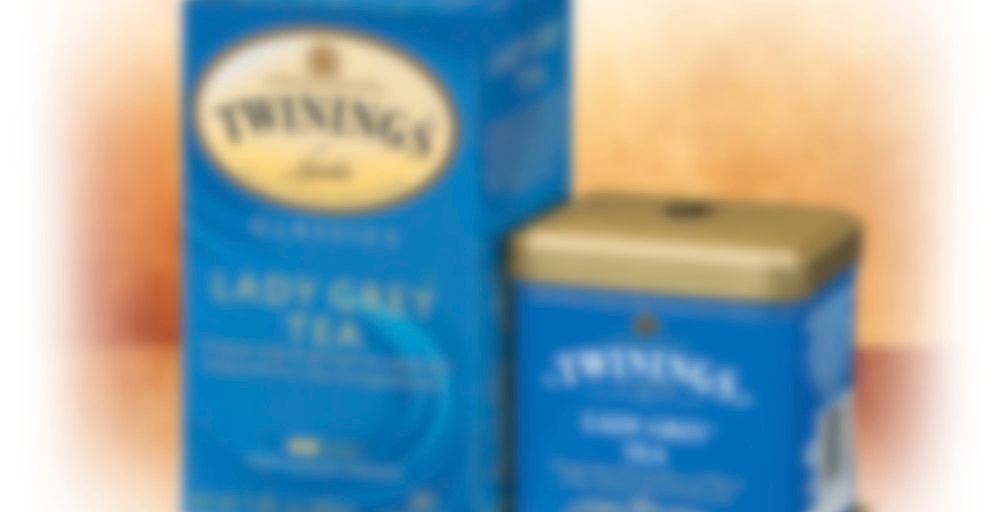 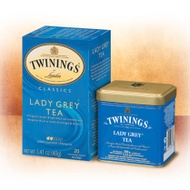 with 389 Ratings Rate this tea Rate This Tea

“A refreshing, light black tea with the distinctive citrus fruit flavor of bergamot to deliver an uplifting tea with vibrant aroma and zesty flavors of orange and lemon. Lady Grey Tea is a unique blend from Twinings…[with a] gentle citrus flavor that is both relaxing and refreshing. It is perfect in the morning with breakfast or for afternoon tea. Enjoy it with a little milk, or with sweetener, or to your liking.”

Drinking almost the end of this tin. I remember the days, not long ago, when I used to drink this on a daily basis. Okay, so it was a decently long time ago.

It is! The cup was still pretty good, but I am not sure I will be going and ordering a flat of six tins, like I did years ago.

I’m so sorry for always thinking I don’t like you. I don’t know what it is, but when your beautiful scent and taste aren’t right in front of me, I forget your wonders. Instead, I associate you with dusty dry bergamot, and your terrible husband, Earl Grey. I don’t know why he and I don’t get along, but you, my Lady, are a pleasure. Thank you for your faux lemon/faux froot loop taste and your conveniently packaged teabags. Forgive me my forgetful nature, and try not to hold a grudge when I inevitably think (once again) that I don’t love you. I do. I swear.

Haha, there’s a “like” button, there should be a “love” button

Love this! And agreed, there should be a “love” button for sure. :)

Boiling 5 min, 0 sec
Yours I Like This
8 likes
1 comments
Edit

resteep: cold-brewed overnight in covered mug. Thought the tea would be stronger, but really the orange dominates. Not bad, at least I stretched another serving out of my almost-empty tin!

Consuming for EASE purposes…still enjoy it!

Lady Grey Latte, Ah interesting, while I am sipping my Lady Grey my tea drinking coworker brings me a cup of his creation. Coincidentally he had also brewed Lady Grey but while pouring it up he decided to add Mystic Chai Vanilla to it. It is an interesting twist on the classic. Vanilla Lady Grey. Not too shabby.

been drinking lady grey for many years, it’s my «comfort food tea»! Vanilla must pair very well with it, will have to try…

This is a blast from the past. I was getting tea bags from my teacher’s tea basket for the weekend and I decided to pick up Lady Grey today. I kinda wish I had emptied the tea box of the last four packets now instead of only taking one.

My taste must be developing because instead of being really weak, this was pretty tasty. It was nice and light. I could taste that hint of lemon in the cup along with the citrus from the bergamot. It was very nice and delicate. Lovely for when I want a lighter Earl.

I have learned today that I really need to let my tea cool down some before trying to drink it. It makes it taste better and it makes me relax.

It took me a while to learn that, but I agree! There are some wonderful flavors waiting to peek out of so many teas if I will just let them cool a bit instead of trying to drink them while they are still piping hot. This is one of the best bagged teas I have tried.

Gingerbread house are done, and fun was had by all. For the first time my son didn’t make a house. We ended up having way more snow than the weatherman was calling for, and my son was desperate to play in it. Much more fun to a ten year old than putting candy on a little house.

So, I’m tired and desperately wanting a cuppa without the work of making one. I started looking through some tea bags I have collected from trades and almost empty boxes, and this one leaped out at me. I’ve always enjoyed it. Lot of citrus and bergamot flavors. Yum. I added a little sugar and cream to my cup and enjoyed this wonderful treat.

This is something I would pick up again.

We spent the night at the parents’ house last night so we could all get up way early this morning for a quick day trip down to Austin… which is four and a half hours away. I finally got home about an hour ago and have much Steepstering to catch up on. Though it might have to wait until tomorrow (or, given that it is after midnight, perhaps I should say ‘later today’).

For some crackmad reason, I didn’t bring any tea to my parents’ so I had to raid my mom’s cupboard. Sadly, this was the only full octane tea she had (most of the rest being herbal or decaf) so I grabbed a couple of bags, some rock sugar, whole milk and boiling water and had a wake-me-up-cup at 6am this morning.

Surprisingly, this was good. Not overly strong but the teabag was likely rather old so that could have played into it. But even with the muted flavor, there was still a nice lemony taste to it. Not lemon peel or lemon rind but sweeter – more like candied lemon perhaps? I’m sure the sugar played in to that but it was still nice. I got hints of bergamot after the lemon, but in my world this is pretty much a lemon tea. And I like it.

Any chance they make a loose version of this? Because I think this would be nice to have around but still prefer having loose teas on hand over bagged.

I’m pretty sure they do make loose in a tin…

I will have to look for that. Though I did just order 12 EG samples from Upton so maybe I need to wait on that!

Ha! And just looking at the picture, it’s got a tin next to the box so I am pretty sure you are right. I feel so observant!

yes, this is available in loose..I once brought back a pound from the duty free store in Heathrow. Twinning Lady Earl Grey is a “citrusy earl grey”, so I’d say your comments are spot on.

They do make and sell the loose version here in the US. It’s a beautiful tea with the blue flowers in it — it’s why I prefer this in the loose form over the packets.

I meant to have this with something such as yogurt for breakfast. Somehow, that yogurt became one of the brownies my mom made. Oops. At least Lady Grey and brownies go well together.
I think this particular batch of tea that I have is a little weak. No matter how I brew it, this loose leaf doesn’t get as tasty as the bagged version I have. It only vaguely has that fruit loops taste. Taste variances seems to be a problem with Twinings in general. Or maybe this batch is just old. At least it IS still tasty, just slightly less so. This tea does seem to be a little more delicate then most blacks when it comes to temp and steeping time too, so I’ll play with that more.

There are eggs in brownies. Counts as breakfast.

This came to me in teabag form…

I am really not a fan, too much bergamot and citrus flavors for me, it’s kind of yucky, not much more to say about it.

Shhhh(It has to be pretty icky for YOU to give it a red 13!)

Very icky for me, anyway

But I like this one. Yep, that’s why there are a zillion choices.

I enjoy this tea because of the citrusy flavors…hence LADY grey and not Mr. Earl, lol. Too bad mine expired a year ago before I could really get into it:(