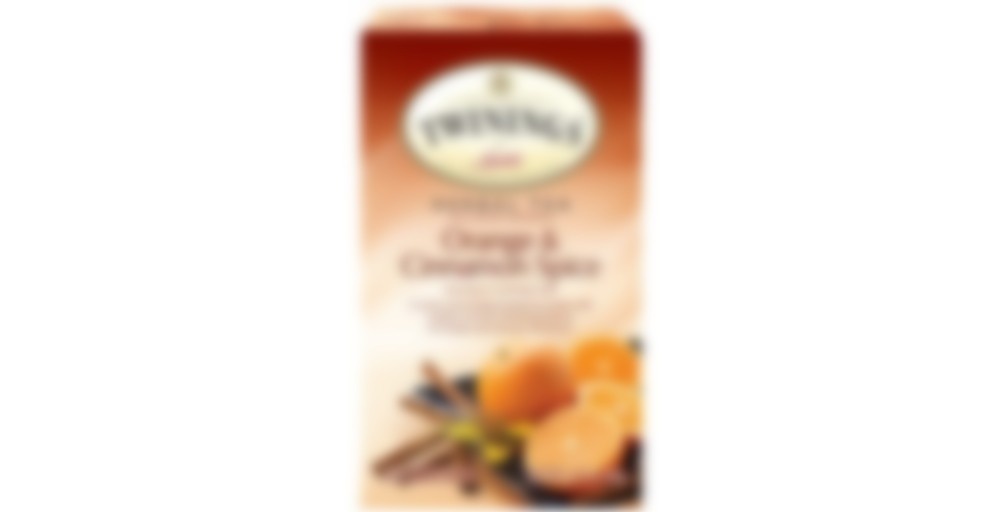 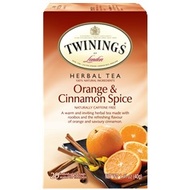 The rich aromatic taste of Rooibos combined with sweet oranges and hints of warming spice is perfect to sooth and relax.

Still one of my bagged teas I keep at work for convenience sake. I love it in the afternoon. It’s slightly zing-y, spicy, and relaxing.

It helped me stay sane as the climax of my day was when an old guy walked into our office (a neurology office) and asked if we made keys. Yep! That kind of day! Tea is soothing!

I am not a big fan of fruity drinks so this review will come as a surprise. I found the mixture that already should be on the sweeter side given the nature of Rooibos quite pleasant. This mixture screams relaxation as the warming notes of cinnamon were slight as well as the calming nature of the orange peel. I would try this again perhaps next time on a colder day.

I’m new to teas, really. Just getting into it, and waiting for my loose leaf teas to come in, but while I was waiting I nabbed this from the local grocery store. I tend to go for a more robust, bitter tea, but this was rather pleasant. It was warming, the cinnamon was not too overpowering, and the orange was more of a smell than a taste. Definitely not bad for a cheap, easy tea.

I’m a big fan of Twinings but had never heard of this tea until I happened to spot it at my local Publix. In my experience, cinnamon-heavy teas are a little hit or miss, so I didn’t expect much out of this tea.

Upon opening the box for the first time, I was instantly hit with a scent that was very reminiscent of orange rolls. My hopes increased a little! As it steeped, it was easy to pick up both the cinnamon and orange, as well as a hint of sweetness. The liqueur was a dark brown-orange.

I was very impressed as I sipped it, noticing how balanced the orange and cinnamon were. Nothing tasted overpowering or artificial. It was simply subtle and warm. I’ve had many cups since my first and am currently in love with this tea. It’s the perfect tea to drink on a cold winter day.

I snagged this from the office at my apartment complex. They have a little coffee/tea station in the waiting area. I admit I’ve abandoned a few bagged teas I didn’t like there. I hope they were used…

Anyway, it’s cold, it’s raining, and it’s too late for caffeine. Now, rooibos and I still do not get along. I do not purchase rooibos blends ever, though they still find their way to me every now and then. On the other hand, if they’re flavored (especially with cinnamon), I tend to like them.

Orange peel is the most dominant flavor. It’s not super authentic, either. Kind of reminds me of liquid Motrin or Flintstones Vitamins. Ick. Cinnamon is the second flavor, and it’s pleasant. Not too hot, natural-tasting. No grittiness from it. But mostly, this is a VERY orangey tea. So, in summary, this kind of tastes like medicine and would not get a re-visit. If I want a cheap cinnamony rooibos, I’ll pick up Tazo’s apple thing.

I tried three Roobios tonight – new to them too. The only one I liked was the one with pumpkin and cinnamon. Other had lavendar, when I don’t like florals, and the other was a vanilla.

This is a bagged rooibos blend I bought while here at my parent’s house in MD.

I wasn’t expecting much but was pleasantly surprised to find this is quite drinkable. The Viennese cinnamon flavor is fairly strong and well balanced by the bright/sweetness of the orange flavor. You don’t taste as much rooibos as cinnamon and orange. It was good with a splash of soymilk as well. Not bad for an everyday afternoon or evening tisane.

I haven’t tried this one but have a lot of Twinings. They are actually pretty flavorable, especially for bagged tea.

That does sound good. Not that I need any more tea in the cabinet, but “need” is such a subjective word, isn’t it?

This sounds interesting because I’m a cinnamon nut and like spicy orange teas. I haven’t had rooibos yet – some waiting for me in the cupboard (Pumpkin Spice Roobios), but haven’t tried, think I’m reluctant because I have an instinctual feeling Roobios isn’t going to be my thing. We shall see.

Really invigorating and soothing at the same time – a contradiction in a cup. My go-to when I’m fed up with classes and a great way to finish off a meal. I don’t think the fruity, slightly sweet aroma and flavour are for everyone, I didn’t think so at first, but you could be surprised.

Not to impressed with this tea but not grossed out either. The smell was kind of a turn off, it smells like a vitamin C tablet, but the taste is ok.