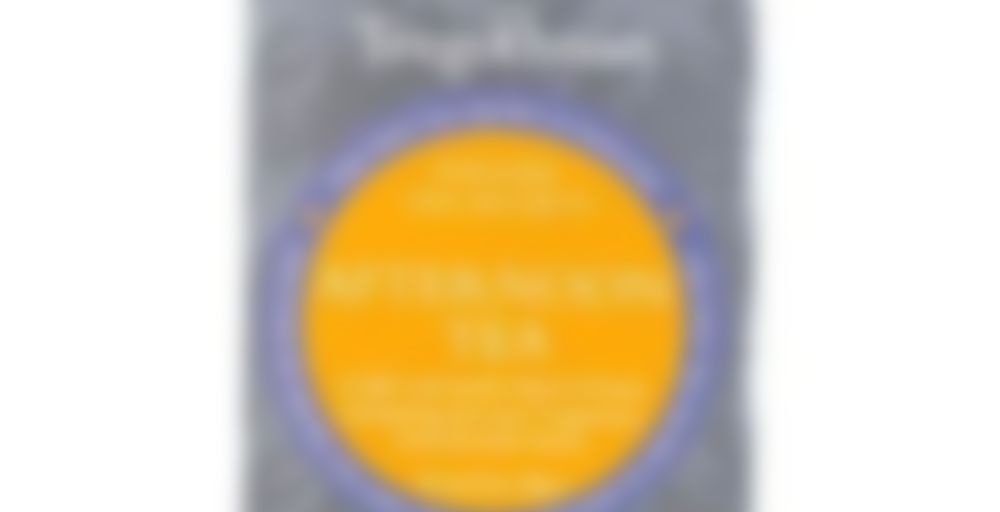 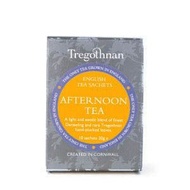 A light and exotic blend of the finest Darjeeling tea and the very rare hand-plucked leaves from our unique Estate in Cornwall. We think our afternoon tea is best savoured around 3pm – but you may choose to drink it at any time.

This one came to me from Fleurdelily who embarrassingly STILL has not received a return parcel. However, I shall be going to the post office with one later today. It’s all packed up, just needs sending. I may be slow, but I get there in the end.

I’ve never had anything from this brand before, and the fact that it’s grown in Europe makes it highly interesting to me, even if it is just an old fashioned tea bag. It’s not quite afternoon yet, but it was the one that struck me as most interesting right now out of the bags that I had. Given my activities in the kitchen at the moment, I don’t currently have access to a pot, so it was a bagged tea or nothing. Easy choice then, because I really do need something calming. Right now as I’m writing this, Husband is doing his very best to end the Age of Frugality, so I’m feeling all nervous too and can’t do plock all about it.

The aroma strikes me as Assam-y. There’s that note to it, the one that is sort of like wet cardboard, and a fair amount of malty notes. A really good Assam, in my experience, also tends to have a strong note of raisins to it, but I’m not getting anything of that sort from this. But then again it isn’t actually Assam at all, is it. It’s just what it mostly reminds me of. That all sounds well and good but that’s not the whole picture. There is a certain quality to this that reminds me quite strongly of melted parafine, a smell which I have become highly familiar with due to working with melted parafine wax on a regular basis, and that smell of a candle which has just been blown out. These are not things I can say I’m at all pleased to find in a cup of tea so that does pull it down a bit.

The flavour is quite strong and again comes with a reminder of Assam with a dark malty note and a smidge of wet cardboard. No candles here, however. The whole thing tastes kind of dark, not quite black, grey. There are still no raisin notes to be found, and the end note is just ever so slightly borderline bitter. I suspect Husband’s sister would enjoy this one immensely because she likes her builder’s brew. Preferably so strong that if it steeps for just a split second more, it would be capable of climbing out of the cup and running away. (Taking tea that she made is always a gamble. She doesn’t always remember to pour for others before steeping the leaves completely into oblivion) I do suspect that this is a tea that would let her steep to her heart’s content without running out of steam before she thought it was done.

For me, however, at a rather more controlled strength, I find that something seems to be missing. Those Assam-y notes that I found are there, and they’re good and strong but it feels like they’re only making up the shell of the flavour and something in the middle is just… not there. Emptyness. Nothing.

As strange as it sounds to say that it’s a black tea with lots of strength to it but no body, that’s exactly what he have here. I never would have thought that was even possible. Still, for someone, like for example Husband’s sister, who are merely looking for a generic hot cup of tea without paying too much attention to it otherwise, I’m sure this would go down well. For me? Well… not so much.

Now, the funny thing is that when I looked up what was actually in this blend (I always try to do this AFTER I’ve made my guesses), it turns out that it’s a blend of Darjeeling and their own leaf grown in Cornwall. No Assam anywhere in sigth and the only thing in common with Assam at all is that Darjeeling is also an Indian tea. For me Darjeeling tends to have a fairly easily recognisable flavour, but bizarrely I’m going none of that here. I suspect it’s the Cornwall leaf that has altered it. I can vaguely see where the Darj is in the flavour now that I know it’s there, but I can’t actually pick any of it out.

A strange phenomenon this. Interesting, yes. But flavour-wise rather meh.

That took me by surprise – tea gardens in Cornwall?! But after all, they’re just another camellia, and there are plenty of those in UK gardens. I don’t think Cornwall goes higher than a few hundred metres, though, and I had it in my mind that you had to have a fair amount of altitude to grow decent leaves. I’ve probably got that wrong, though.

Brewed in a 1 liter polish pottery tea pot. Used one tea bag, just as I did with the Earl Grey, but the soup was so pale, I wonder if I should use more? Using the same standards that produced success when brewing the Earl Grey and the Classic, this time I ended up with a pale cup. On the one hand, that may be the point of “afternoon” tea, but when I compare it to my personal favorite brand, Ahmad, I can only say that this tastes exactly like hot amber water. No flavor. So either I need to add more tea, or I need to stick with my Ahmad. Tregothnan Afternoon tea does not impress—just as well, since it’s not easy to obtain. I bought it on a lark, because of it’s provenance, and I really didn’t have high expectation for flavor anyway. Tourist tea. That’s all it is.