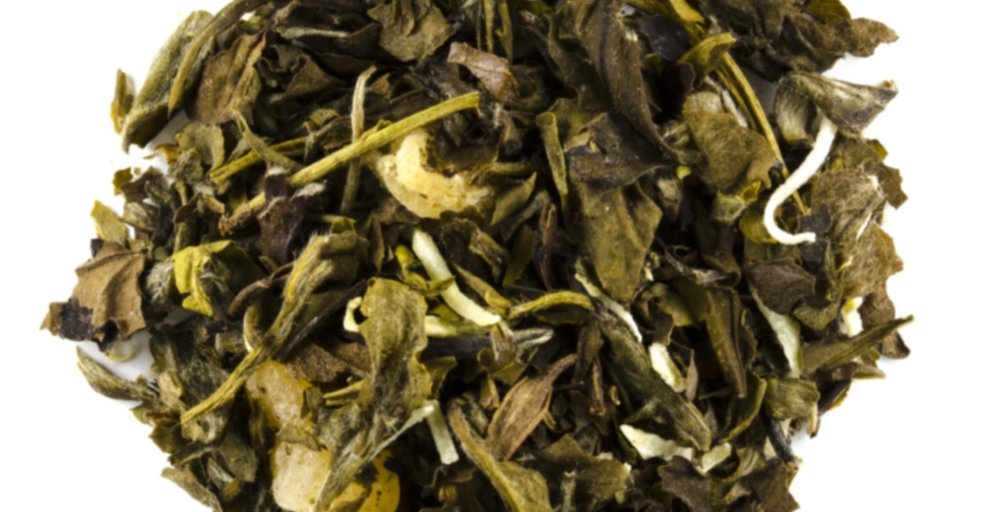 Getting toward the end of my Todd & Holland white tea sample packets. I have one scheduled for sipdown tomorrow, and after this one, I only have a couple of others left (unless one is hiding from me somewhere in the annals of my stash).

The smell in the packet is very strongly pineapple. The coconut is secondary. That’s an interesting start, because usually coconut seems to obliterate anything else it’s combined with and force itself to the fore.

The pineapple smell doesn’t seem overly artificial to me. Pineapple is usually pretty good in that department, at least to my tastebuds. Orange and cherry can taste like baby aspirin or cough drops if not done well, but pineapple starts out ahead in that regard. At least for me.

After steeping, the coconut comes out of hibernation and shoulders aside the pineapple in the aroma, though not completely. It’s actually a nice mix that is very reminiscent, in its fragrance, to the taste of the actual pina colada cocktail — minus the rum. The tea is pale yellow (more gold than lemon) and clear.

The flavor is pretty much the same as the aroma. I don’t taste much of the tea base. Actually, don’t think I taste it at all.

It’s a nice, rather light and delicate, coconut/pineapple flavor. More delicate than a purely herbal blend might be. Perhaps what the tea adds here is counterbalance and a delivery vehicle for the other flavors.