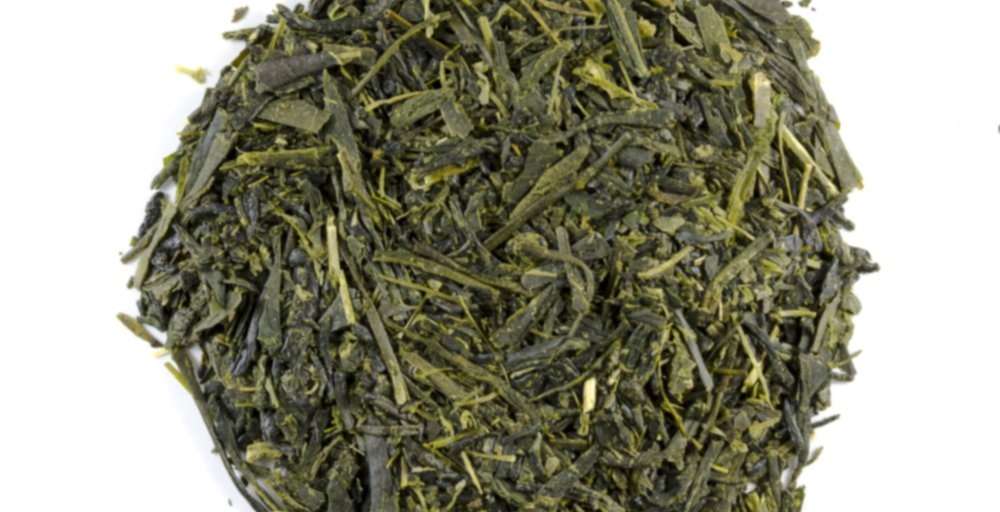 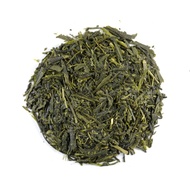 From the Kagoshima region, this Kabuse is the finest tea from the first harvest. Special nets (kabuse) cover the tea fields and let half the sun’s rays pass through, closely mimicking the natural light conditions of the wild tea plant. Full, captivating aroma, a crystal clear, bright fluorescent green, exceptional tea.

Well, I didn’t get a bright flourescent green, and I steeped exactly according to the directions. I got more of a pale chartreuse.

Even so, I quite enjoyed this. On the surface it seems like sencha’s sencha. Sort of the Aristotelian essence of sencha. But it has some eccentricities.

For one thing, in the packet it smells spicy! I can’t really place the spice. At first, I thought it was ginger. Maybe it is. In any case, it’s a sweet spiciness that is unusual, over a rather usual grassy fragrance.

That mellows out in the steeping, and pretty much disappears. What’s left is a sort of an edamame smell. This is present in the flavor, as is a sort of a sea-like, or sea-weed smell.

I have never been to Japan, but I associate both edamame and seaweed with Japan. So this tastes like Japan to me, or at least my mental image of Japan.

Rating it rather high, but docking some points because I really wanted to see the fluorescent green.

I was just drinking two teas that were really bright green.

The irony is that the best tea didn’t brew up green. I think to some extent the amount of particulates in the tea will effect that. Which is why I wanted to sift some of it. To remove them.

I’ve actually had teas that were really bright before, so luridly green I thought a geiger counter might have been wise.

It didn’t send my comment. I was actually drinking one as I typed that. :))