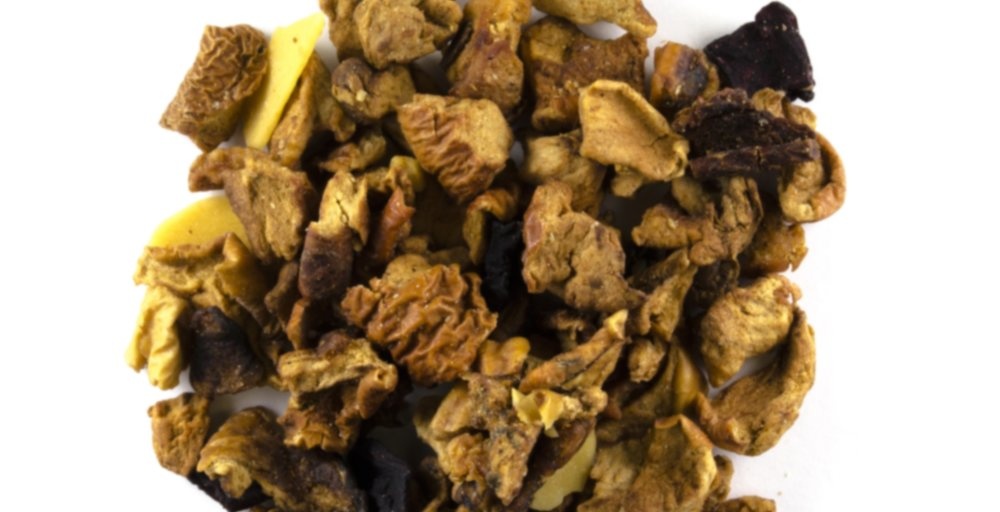 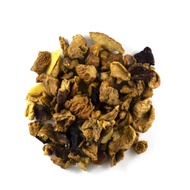 A street cart in Boston Commons couldn’t deliver a better treat than this brew of apple pieces, chipped almonds, cinnamon, and beetroot pieces.

Sipdown no. 20 of 2016 (no. 231 total). A sample. This is a chunky blend, and the sample was really only enough to yield four cups. The BF was interested in trying this so I just made the entire thing.

In the packet I definitely see the apple and the almonds. The smell from the packet is very similar to that of T&H’s Amaretti Cookie, and I’m wondering whether it will turn out to taste like that. I hope so.

It has an unusual colored liquor. Peach, or maybe melon? A light yellowish-pink. The aroma is wonderful. Very like the Amaretti Cookie/Almond Biscotti/Brioche profile.

The flavor is way more interesting than the aroma would have led me to believe. There is citrus (lemon?) on the front end of the sip that rapidly dissipates and spreads out into a gently flavored tisane that is in fact quite reminiscent of the various almond pastry teas. But it’s not as simple as that; there’s also a freshness and lightness to the tisane that makes it extremely pleasant to drink late at night. It’s not something that sits heavy in the stomach. The cinnamon, fortunately, while tasteable, isn’t overpowering.

I’m really impressed by this one.