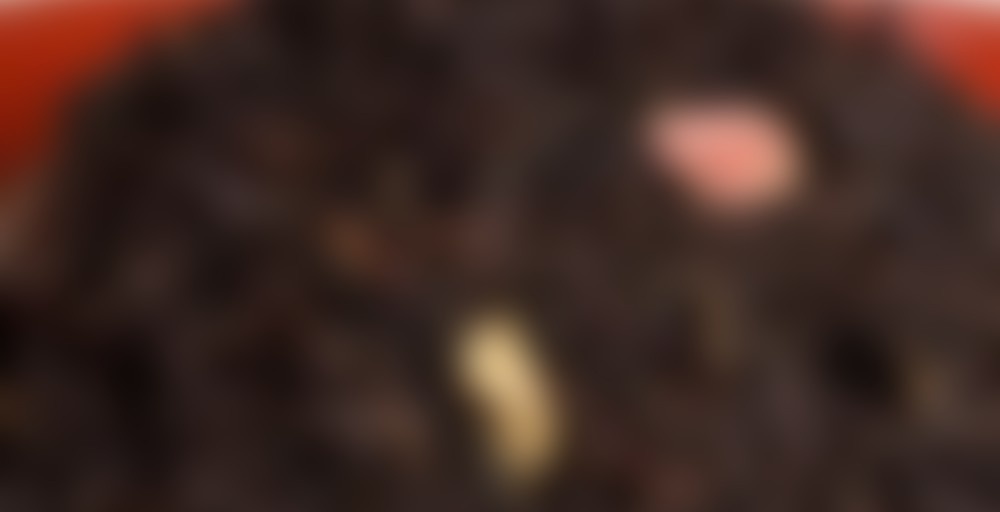 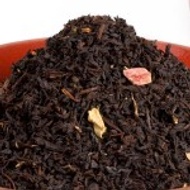 Got a sample of this from Josie Jade – thanks!

I honestly didn’t taste a whole lot. A hint of slightly bitter fruit (the rhubarb I suppose….is rhubarb even a fruit??) and a bit of cream. Not super creamy though.

I forgot about the leftovers in my cup and ended up drinking it room temperature (office temperature really, always chilly up in here!!) and the flavours seemed to come out a bit more.

Ultimately I was a bit disappointed with the lack of tastiness with this one!

Someday I will reach your tasting note levels, haha

Uhhhh…. Ok. Unless you give up tea I won’t be catching up, haha.

Hahaha, not unless you become like Sil! I had a head start on her, and she’s quickly catching up. I just can’t drink as much tea as she does.

I can’t see that happening!!

Rhubarb always reminds me of my grandmother’s garden and the delicious rhubarb pies that she used to make. This tea is good, but I really wish that it had more of that sharp, tart rhubarb flavor. It seems that the cream mostly takes over in this tea. I like cream flavors, so it is still enjoyable, but a little more rhubarb and it would be perfect.

Another sample from Courtney, and another first, because I’ve never knowingly had a rhubarb tea before. Maybe in a blend, but not on its own. The dry leaf smells exactly as I’d expect. There’s a sweet creaminess, and the slightly tangy, fruity scent of rhubarb.

I gave it three minutes in boiling water, and added a splash of milk. This tastes much like it smells. There’s an overriding creaminess, almost like coffee creamer or something of that ilk. Then comes the tangy, slightly sweet-sour rhubarb, and then the cream returns in the aftertaste. It’s quite an intriguing tea, and definitely lives up to its name. If I’d had some actual cream to spare, I would have added a dash, but life isn’t perfectly synchronised. Ultimately, a very enjoyable cup, and another I’d be pleased to sample again in future. Thank you, Courtney!

Thanks whatshesaid for this one :)

I’m getting the rhubarb but very little, if any cream. The black tea base is overtaking the flavours. I’m finding that with a lot of black teas – it seems a delicate balance for flavours with black tea. I’m enjoying this one enough, but I’d prefer if there was more of an actual rhubarb and cream flavour.

Courtney sent me enough for a cup of this, and I actually quite enjoyed it. It’s not as rhubarb-y or as creamy as the name would imply, but I still thought it was a nice, subtle tea. I enjoyed the tartness that I did get from the rhubarb.

I probably wouldn’t ever order it, but I’m so glad I got a taste!