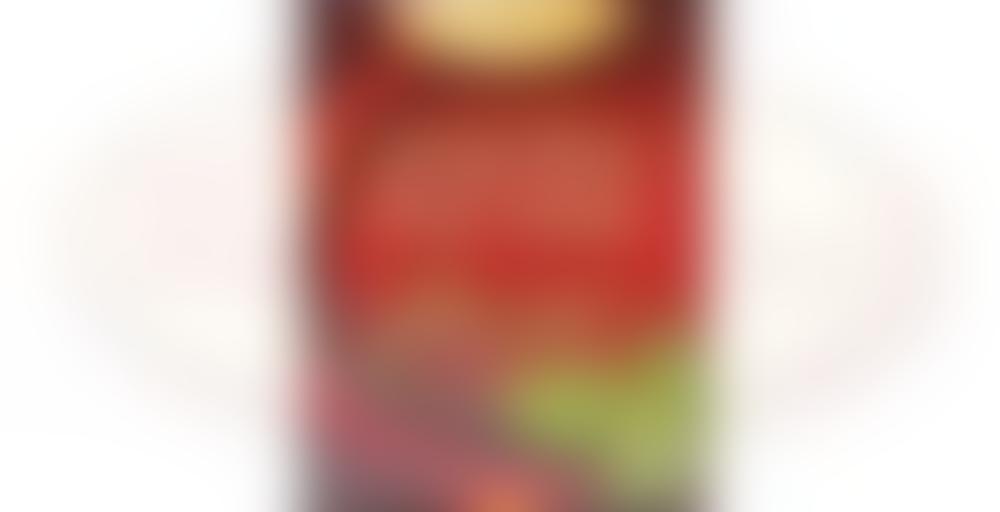 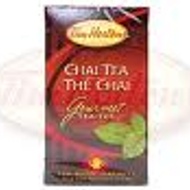 by Tim Hortons
66
You

I must admit, Chai tea’s are not my favorite of all but this morning I was by Timmy H’s and said WHY NOT, live dangerously! This tea tasted like.. PASSION in a cup, I don’t know why I say passion, but that was the first word that came to mind when I took a sip. Why chai’s are not my cup of tea usually, is because they usually overload them with spices that I don’t really like and it just tastes like an over exasperation of flavor that by the end of the cuppa, I get bored and fed up with. This one was different, it took one flavor and stuck with it. and it wasn’t cinnamon,ginger,nutmeg,cloves,cardamom and pepper it was beyond that. They used a licorice based flavor and stuck with it the whole way through while combining it softly with nutmeg and cinnemon. I was impressed once again by timmy’s!

I wouldn’t like this due to the licorice, but I love your “PASSION in a cup” statement!:)

Licorice is an acquired taste though, I used to dislike it horribly in tea, but then I started enjoying it as candy ( black licorice ) and then when I drank it in tea, I learnt to appreceate the nice bold flavors. hahaha thanks I thought it was clever and felt my subconcious was telling my to put it somewhere in the tealog :D

I tried this as my last free beverage at the hotel, as a double double too (two creams, two sugars). Steepsterites have heard me rave in the past about a local chai bar that makes the best chai ever, and how everything else mega pales in comparison, so I was expecting this to crash and burn.

It so did not crash and burn at all. Way better than expected. Usually the chai you get at restaurants taste slightly bitter and extremely watered, or even milked (?), down. Here, I was able to distinctly taste cinnamon and liquorice. Very nice combination. The liquor looked pure white. I kept steeping and steeping it, trying to draw out as much flavour as possible, and despite the white colour, which led me to believe it would be weak, it was like drinking a creamy cinnamon candy.

It doesn’t sweep me off my feet, but it’s decent. TH spicy teas in general seem the most promising.

Not bad for chai that cost $1.63. I can distinctly taste a trace of anise in the tea that’s interesting, but not too licorice-y. None of the spices are particularly intense or prominent.

That’s actually expensive considering tea is one of the most economical beverages.

I have to admit, I’m not big on Tim Hortins Tea’s, I’m more into their coffee (which is highly addictive). That being said, I do enjoy this tea a great deal! It’s my go to tea for sickness, stress, and when I’m at my parents place (since there is no David’s Tea in that area)
I’m a big fan of Chai in general, I very much enjoy a good spicy hearty tea.

Personally, I find adding sugar or some honey makes it all the more lovely!

I normally am a stickler about reviewing teas straight on here, but I know this one is amazing with milk and sugar, and why mess with a good thing? It’s pleasantly spiced, though I could do with it being a little stronger (I suppose there’s a reason they allot two teabags to their larger cups) but it’s still quite cosy and good. I like letting this one steep for a long time, and pair it with plenty of milk and sugar. This is my go-to at Tims, and probably will continue to be such for a while. Mmmm…..

I went to the drive thru. I asked for plain hot tea. I received Chai. Within a half hour, I wretched in the toilet to the point where I almost blacked out. I decided to rest. Five minutes later, the palms of my hands were on fire. I had itching on my scalp and back of neck. Then it moved to my inner ear. Lastly, my tongue bloated and hit the roof of my mouth. I could not talk. I went to the ER, and they deducted that I am allergic to chai. All of the symptoms followed a reaction that elevated the histamine into hyperdrive. I did not ask for a Chai tea. I just wanted something simple to warm my stomach. If I didn’t react quickly like I did, it was going to affect my breathing. Please watch what the cashier puts in your hands. I still cannot believe that this happened. I am 44 and never have been allergic to anything.

I’ve tried a good dozen different chai teas and this is still my favourite – even though its the cheapest of them all, ironically.

It’s the best when that happens! :]

It was alright, but nothing special. First sip gave me a mouthful of ginger, but then it mellowed down to a melange of spices with some licorice undertones. Not bad, considering

Best chai tea i have ever had! coming from a lesser tea brand its totally worth buying a cup

My favourite go to tea, that I know I can order in any Tim Hortons and it will taste the same! I enjoy the medium size, with 2 cream and one sugar. One of my favourite bagged teas