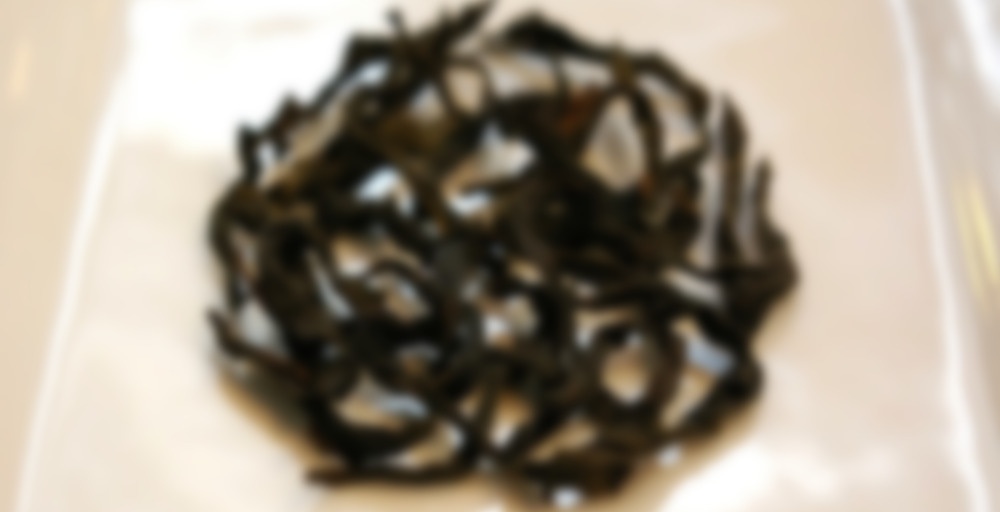 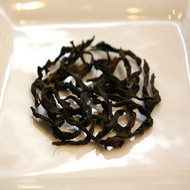 by Tillerman Tea
79
You

The Wuyi Mountains in China’s Fujian province are not only some of the most spectacular mountains in China but they are also the homeland of Oolong teas. Legends abound for the various oolongs and their origins on these famous mountains. Yancha from Wuyi is one of the most classic of China’s oolongs. Literally translated as “cliff tea,” wild tea plants still grow in the cracks of the steep cliffs and harvesting them used to be extremely difficult. These teas, now grown in step plantations, are prized for their rich nutty, floral aromas and full bodied taste. All cliff teas have a characteristic “rocky” mineral taste, a sign of the high mineral content in the soil of the cliffs of Wuyi.

Wuyi Yancha [Out of stock]

Just had this prepared two different ways. First, I had a gaiwan with about 2g in 100ml side by side with the Da Hong Pao Handcrafted and two versions of the Formosa Yancha (one unprocessed and one charcoal-fired) all brewed with about 85 degree water for 3 minutes. At $24 cheaper for 100g than the Handcrafted DHP it’s funny how much more I enjoy this one and how it tastes more like a traditional dark DHP. This is the same cultivar and region, but produced from terraces in larger quantities rather than from between the cliffs from the clonal direct descendants of the original bush – doesn’t mean it’s a lesser tea, though, just different and a bit more for my tastes. “More for my tastes” meaning I freakin’ love this tea! Biggest difference is this is a more traditional, higher firing that may be less balanced and harder to pick up as wide an array of complexity but holds a steadfast and lingering mineral and ripe fruit character. It’s not like the leaves are shredded and look machined, either – they are almost all intact single large leaves.
Second preparation I’m drinking while writing this review as a continuous infusion using 76 degree C water drunk straight from my snazzy new gaiwan from Lin’s Ceramics Studio. Yes, you can be jealous =P. Used a 5 second rinse and 2g and 125ml to start, but strength gets progressively higher as the liquor is drunk down. Also, I’m adding new water before draining the last from the gaiwan, so I’m mixing infusions. And I’m using the “keep hot” feature on my electric kettle for the first time! Gasp! Oh, the horror that is reheated water and lack of repeatable results!
But this tea can take it.
Seriously – I started drinking it within 10 seconds of filling the cup with water and it’s still tasty after brewing covered for seven minutes and more. There was something like 40ml left in the cup when I added 80 degree water back up to 130ml and now it tastes sweet on top of the base chocolaty flavor I got to start with.

Dry fragrance from the sealed bag sent from china (gold foil stamped all over with Chinese characters and Da Hong Pao all over it) is just like ripe apricots. Good ripe apriots – not those watery things a lot of big supermarkets have – like apricots pilfered off the branch of your neighbor’s tree that reaches over your fence plucked as they start to shrivel a bit in the sun and releasing that wondrous nectar aroma only some dried apricots can express. That and the warm undercurrent of burnt hardwood.
Wet aroma brings out more of the charcoal notes but with a little more vegetal expression and a sandstone/limestone mineral effect. Reminds me of the smell of a morning on the beach of far northern California with cold, kelp-filled water covered in fog mixing with the fresh silty water running from the redwoods over coarse, smooth dark sand and seashells and embers smoldering on the wet, charred remains of last night’s campfire in the wet sand. This analogy is exacerbated by second infusion’s similarity to smores made with burned marshmallows.
Liquor aroma is woody with bittersweet chocolate. Apricot comes in only as though it’s a naturally occurring note to a dark chocolate bar alongside a hint of orange, cassia, and black cardamom.

Flavor is true to the aroma but with a bit of graham cracker and a bakers chocolate astringency in the far back of the throat. Mineral flavor is more like wet gravel or unpolished granite than the limestone advertised earlier. Nice, interesting play of sensations in the mouth as overall it’s smooth and mouthwatering but there’s moving patches of astringency and dryness that enhance rather than detract. Some cumin, garlic, and chilies come out in the third infusion (leaves not yet open all the way). I’m getting kind of a mix of arbol, adobo, and chipotle pepper flavors as they’d be expressed in a dill pickle brine mix. Hmm… Stir fried bamboo, water chestnuts, pineapple, and onions. Cured, smoked honey ham in the aftertaste? Okay, why not? This just keeps getting more and more mouthwatering, savory, and sweet. I want to call this rich bodied due to the heady expression of flavor and lingering aftertaste but it really is not even close to being as syrupy thick as some other oolongs or puerh (heck, I’ve had greens with a little more body), but there’s enough there that I want to call it richer than the light-broth consistency it’s got. Mineral quality shifts back and forth between accents of charred wet softwood, dry hardwood, limestone, sand, gravelly granite, bisque fired clay, and the pits of various stone fruits. Florals like iris, orchids, and oddly wine grape and papaya fruit notes peep in with the minerals. Lots more going on… I think I’ll toss out “winy” and “herb spices” and let y’all grasp for adjectives since if you guess, I’m sure it’s probably there. Have I said cinnamon, bay, paprika, and rosemary yet? Howabout barbecue? Savory sweet chocolaty goodness. Sixth rebrew with some infusions going well over 10 minutes and it’s still full of gusto and starting to go more candy-sweet (or is it just making my tongue and breath go sweet?) and mouthwatering crisp.

Mmm, tasty. Great accompaniment with food or to settle a stomach after a plate of fresh oysters. Waaaaaay underpriced and the owner of the shop heartily agrees yet keeps the price the same. Hooray hoorah and zipitty do-da-day. I need my fingers for more tea drinkin’ so here’s where my review is gonna end.

10 four ounce cups of coffee, 4 shots of espresso, 4 four ounce gaiwans of dark oolongs, and now this continuous run of this tea this afternoon and night and not much food in my belly… no wonder I’m in a goofy and restless mood.

How do you find the time to down so many cups!?
(without getting crazy from the coffee?) ;)

Well, most of the coffee was at work from 3:00pm-4:25pm doing a comparative tasting of two Costa Ricas brewed different ways. Then I went and tested out some espresso right afterwards. Had four gaiwans in comparative tasting with someone doing a Biology project and wanted to know the effects of terroir on tea (I wound up downing most of it at 7:00pm). The continuous run on this Da Hong Pao was from 11:30pm-1:00am and fell asleep about 3:00am. Most all of this was done with time spent exclusive to the drinking/tasting process, but normally I’d be doing other things while drinking.
You build a good tolerance level working as a barista. I need 10-13 shots of espresso per hour on an empty stomach to feel shakes.