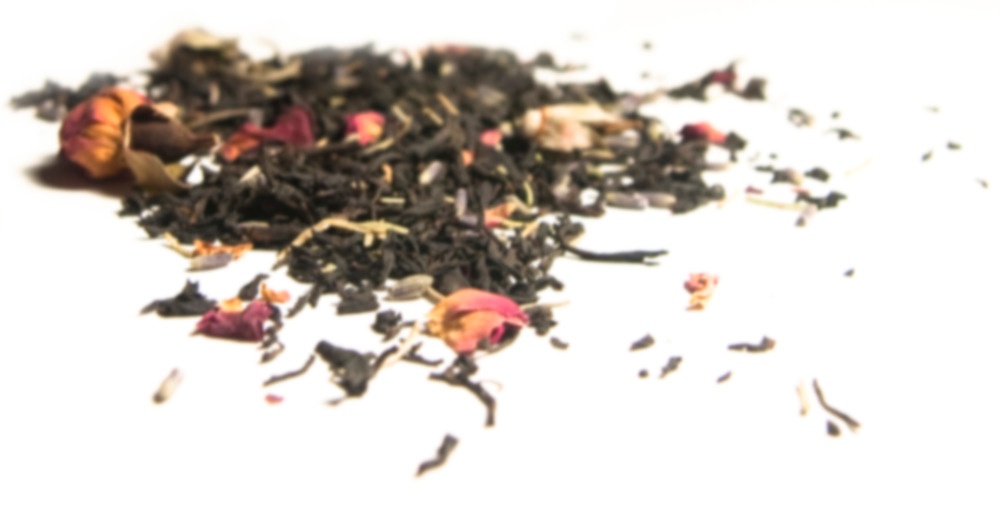 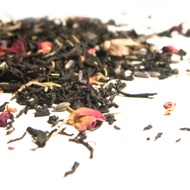 by Tiesta Tea
79
You

This classic blend of an Earl Grey black tea with rose petals, lavender, rosemary, and bergamot oil is sure to wake you up in the morning after a deep sleep. Victorian Earl Grey has a sweet, floral taste and is a staple in any tea drinker’s routine.

I never used to be a crafty person. I used to hate making things, but all of a sudden I’ve found myself catching the crafting bug. It started out pretty simply: I needed a way to organize all my jewelry and ended up making a stand for bracelets, then a tree for rings. But now the crafting bug has seeped its way into all corners of my life, including cooking. Which means… canning! So how do you combine canning and tea? Well you can obviously do tea-infused jellies and jams, but I found something much better (if you have an unwavering sweet tooth): Earl Grey Milk Jam! Which is not really a jam at all, but a rather decadent condensed milk concoction.

I thought for sure I’d written a note on this tea before: it’s a floral but rather hearty earl grey due to the addition of rosemary, so I thought it’d be perfect for this experiment. It’s a pretty simple recipe

The original recipe, which I’ve tweaked quite a bit, says to simmer for half an hour. This is a load of baloney, because it took an hour and a half on a pretty high simmer for the mixture to reach the proper thickness for me. It’s kind of labor intensive, because it needs to be stirred every few minutes so it does not reach a full boil. You want it dark and thick! It makes a small jar-full, I used an old relish jar that had been very thoroughly washed. The milk jam needs to be strained once cooked, since it is essentially a custard and will have some thicker “chunks” and you want a nice, smooth texture. Allow it to cool a bit, then pop that sucker in the fridge.

It’s originally meant to be a spread for toast and such, but I’ve been using it to add a bit of depth to rice pudding, yogurt, things like that. It’s absolutely fantastic, and if you have the patience to hang out in your kitchen stirring for over an hour it’s definitely worth a try! I imagine it’d be great with all kinds of tea, not just earl grey. I’m going to try chai next!

Sure this is a great VEG! (Victorian Earl Grey)!
I have to say what makes it a bit different is the Rosemary and it’s very nicely done!

A long time ago, near the beginning of when I was really getting into tea, I bought a groupon for tea from this company, Tiesta Tea. At the time I pretty much just bought any deal I found for tea from any company. I tend to sit on groupons and not spend them until right before they expire, which is what I did here; this groupon was expiring by the end of this month, even though I bought it probably over a year ago. When I went to order tea from this company, I naturally checked their teas on steepster to see if any of them were rated. I was interested in this one, but I was very dismayed to see what was happening in the ratings of this tea. See, this tea has 16 ratings and 9 tasting notes, each of which are no more than 3 sentances long. Of those 9 tasting notes, 7 of them have ratings of 100, one with a 99, and the last with 98. Almost all of the accounts associated with those ratings only have tasting notes for this tea, a couple have other Tiesta Tea notes, and four of them actually say in the account information that they are employees of Tiesta Tea (one of them is from the founder of the company). This is not the only tea from them with ratings like this, but it is the only one where it’s happened to this extent.

If I had checked this before buying the groupon, I never would have done so. I have no wish to do business from companies that feel a need to try and inflate their ratings by setting up sockpuppet accounts on this website. Most people on this site, and I am one of them, really dislike seeing a tea company rate their own teas. However, I already spent the money so I wasn’t about to lose it. So, with not much confidence, I made my selections. I will say that I don’t plan on doing business with this company again, even if I really enjoy one of the teas. My ratings of these teas are honest and I’m not going to rate them lower to balance out the fake positive reviews, even if it’s really tempting to do so.

Now, the tea. The dried tea has lots of rose petals, lavender buds, and some green, narrow leaves that I suppose are lavender leaves but look a lot like pine needles. There aren’t any pine needles listed on the ingredients, though, so perhaps not. It smells primarily like bergamot, but definitely with that herby lavender under it.

Steeped, the black tea comes to the foreground in a big way, accompanied in large part by the lavender. The bergamot seems to have shrunk off somewhere else. The black tea isn’t very familiar to me, aroma-wise, and I can’t quite place it, but it does remind me a little of some black blends I don’t like.

I steeped this tea according to the instructions on the package, which is to say with 195°F water. I have done this before with blacks that call for it, and since I don’t usually want a super bold black anyway, the lower temp often works well for me. Here, though… the tea seems weak. I want more flavor, I want more black tea. Which is crazy for me, because I rarely want more “black tea” flavor. What’s there is fine… the lavender isn’t overpowering or soapy, the bergamot is faint but bright, citrusy, and not astringent or bitter. I don’t get any rose to speak of from this tea. Obviously, next time I’m planning on steeping this at boiling and seeing what happens.

totally annoying. I think Steepster should change its rules that you aren’t allowed to rate teas unless you’ve been here for a certain amount of time or posted 10 ratings, something like that. It might cut down on the sock puppets.

Yeah, there’ve been a lot of ideas on cutting down on that sort of thing, including making ratings without tasting notes visible. Unfortunately it seems like Steepster’s system isn’t getting updated anymore, so we’re stuck with how it runs now.

Word. I’m commenting on this so late because I’m looking into companies to try and want to make sure they aren’t sleazy. I won’t be trying this one!

I enjoyed this quite a bit. You know me, I do love my Earl Grey … and I liked this combination of rose, lavender and bergamot with the black tea. The floral tones soften the overall cup … it’s sweet but not too sweet nor does it become perfume-ish.

The black tea is mellow, doesn’t bring a whole lot to the cup, but it is smooth and adds a nice background of flavor. It’s not an overly aggressive black tea, but with the other flavors, I don’t know that an stronger black tea would have worked as well as the tea here did.

The bergamot is flavorful but a little lighter than I like it to be. But overall, I really enjoyed this cuppa.

huge black tea fan. this is a fantastic take on an old classic. add some sugar and milk and it’s near perfect

I love this tea! It tastes good, smells good, plus it looks better than any Earl Grey I have ever seen

Deeelicious! Easily my favorite place to get earl grey!

By far the single best Earl Grey I have ever had. Highly suggest checking it out on the website.

The most unique Victorian Earl Grey I have ever tasted! I’ve had dozens and this was by far the best. Complex with a floral touch, this tea tastes as good as it smells and looks.