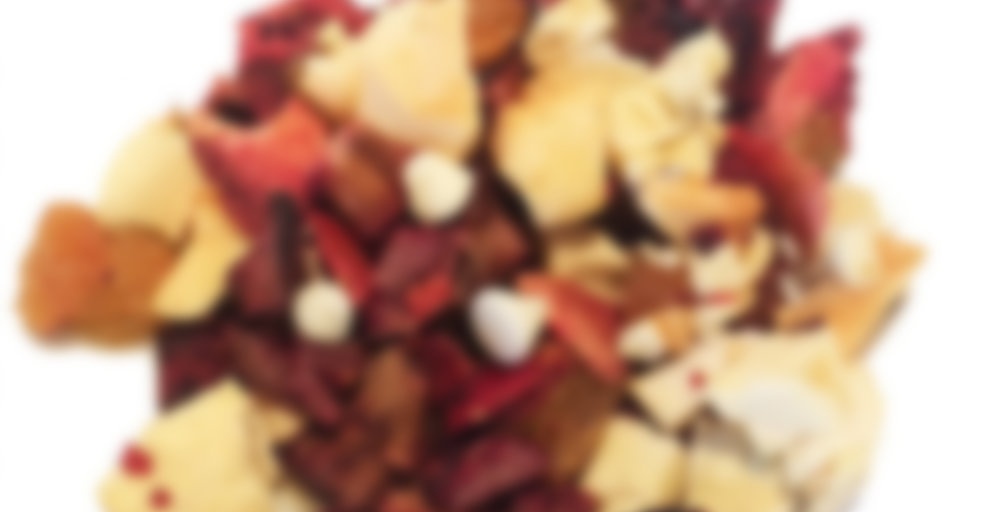 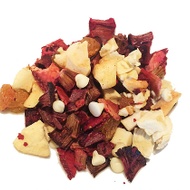 by Tickled Tea
68
You

This tea is a punchy sweet treat! With the juicy goodness of strawberries and apples, coupled with the tart tang of rhubarb and hibiscus, you can’t go wrong.

So, I hadn’t originally planned to drink this one today but after an exchange with VariaTea I decided today was as good a day as any to bust it out and see what my thoughts were. It’s very hot in the house today, so I went with an iced cup. The exchange between VariaTea and myself was interesting: this tea tasted like cheese to her and that really through her off, and I was of course morbidly curious whether it’d tasted like cheese to me hence the expedited steeping of it.

So… bottom line I don’t think this one really screams cheese to me. In fact, I doubt I’d have pinpointed any of the flavour as cheese if the idea hadn’t already been planted in my head. That said, I there were moments where I was like “well, kind of…” and I can definitely see where she was coming from.

Like, I smelled both the dry leaf AND steeped leaf after the infusion had been strained out actually kind of did smell sort of cheese like – however neither me nor my whole family got the flavour of cheese from the steeped tea liquor itself. Mostly, everyone agreed it was a sweet strawberry flavour. Personally, I also thought it was a touch apple-y and had a bit of a tart kind of rhubarb/hibiscus thing going on too. Also, a little creamy from the melted down white chocolate. It didn’t perfectly melt though; I could see little strands of it floating in the liquor which was a bit gross.

Now, it’s a bit of a stretch but with the creaminess of the white chocolate combined with the strawberry I can sort of put together the overall flavour of, like, strawberry cheesecake? And so in that way you COULD say this tastes like cheese? I think it must probably be the white chocolate in the blend that was being weird for VariaTea though. What else would it be!?

Bottom line – I thought this was pretty nice, but there was a little weirdness to it and it is my biggest miss from Tickled Tea thus far. Still drinkable, though!

Maybe it’s jut me. All I know is the scent was off in some way and maybe I had cheese on the brain but that’s where it went

I am going through my tea drawers again and came across this tea. It is over a year old and I was dreading drinking it because last time I had it, it was disgusting and smelled like cheese. Thankfully the year did it some good because that cheese is gone. In it’s place is a sort of strawberry-ish tea. A run-of-the-mill fruit tea. Nothing special but at least not disgusting. Raising my rating from 28.

lol need a few more sipdowns before you get the teas at my place :)

I’m working on it! I leave the beginning of September though so I will have to swing by in the next couple of months.

next couple MONTHS? i hate to say it but september is basically a week and a half away. lol

Bahahah I meant weeks when I wrote the original post