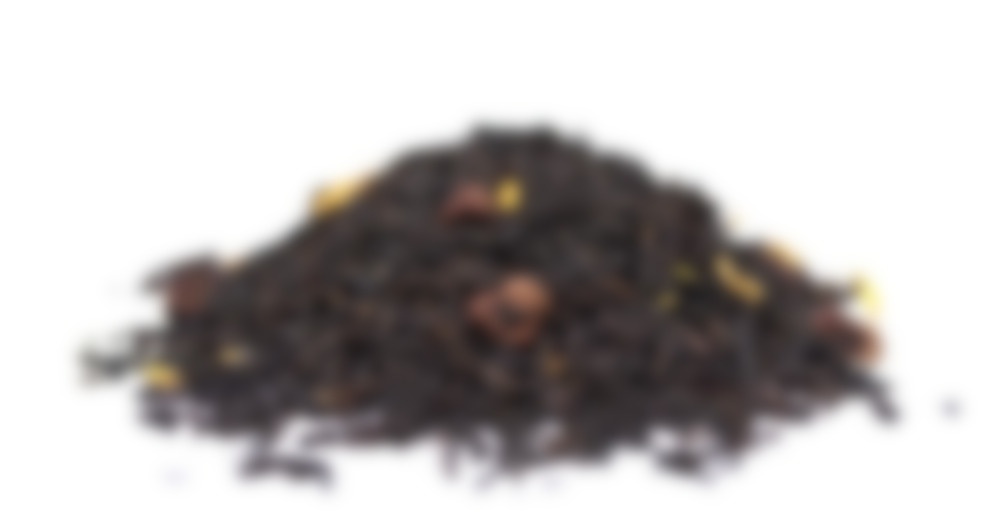 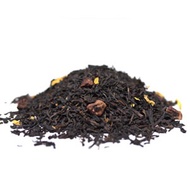 Inspired by Venice and its merchants for its warm colours and famous ‘Piazza San Marco’ Carnival. Perfumed with summer fruits, vanilla and bountiful with pieces of strawberry.

Place Saint Marc is a good medium-strength black/strawberry tea with an aroma that suggests various florals that I cannot quite put my finger on. It’s very good, but I don’t think it is “to die for”. Were you to be served this at the actual Piazza Santo Marco, it would cost you about $75. American dollars. Walk around the corner, however, and the same drink would translate to about $3.

This is an excellent afternoon tea choice, with a lovely fragrance. All of the French teas I’ve been sampling are very good and worthy of high ratings but none of them has yet “popped” as being far and away the best and the brightest and utterly unique. On the other hand, none has disappointed me in the least.

The lingering after-taste of strawberries is really quite lovely. I don’t understand why a poetry textbook, edited by Kennedy and Gioia, in most respects a very good book, asserts that “your breath smells like tea” is a terrible simile, although I would specify the type of tea.

Well, I had been warned by Barbara that this was a “delicate” flavour. Which is an euphemism for the flavour being rather weak. And it is, or rather the flavour is rather weak in the middle , in the mouth feel. It smells sublime, like strawberry jam or cheesecake with strawberry jam. And it leaves a wonderful aftertaste. It´s just those middle taste notes which seem surprisingly absent.

Barbara so kindly swapped a huge ammount with me so i have been experimenting with brewing this. This was on my wish list, and if I had smelled it I would have been sure to have bought it. Experimenting with brewing, and torturing this a bit (almost boiling water, long steep times) and like all Theodor teas I have had so far, oh this is nice and smooth, so easy to brew and difficult to spoil. There is a dry-ness (in the sense of dry wine) to the tea I find very appealing and refreshing. I am really enjoying it. I am just continously baffled by those absent middle notes.

My favorite way of brewing this is 1.5 teaspoons of dry leaf, water just short of boiling water and some 5 minutes. It survives that with distinction and very little astringency.

This tea smells better than it tastes.

The smell is marvellous. It reminds me of muffins and cakes.

The taste is somewhat lighter than I’d expected. The vanilla is noticeable, the strawberries not so much. Hence the first line.

Overall a good tea, but I’m not sure I’ll be buying it again. Bought four tins of Theodor recently (Place Saint Marc, Saigon, Milky Oolong and J.E. Yin Zhen [Silver Needles]) and this tin is still – by far – the fullest.

Edit: Unfortunately I feel compelled to lower the rate on this one. Every time I brew a cup of tea I’m disappointed by the very light taste (or should that be delicate?) in comparison to the great smell. Tin is still – by far – the fullest… Won’t be buying it again and am considering giving it away.

If you do not want it, I would love to swap for some of it! (though not sure where you are). I got some of Theodor´s lembrança a flavoured mate which I got by mistake (seller´s mistake, grrrr), would you like to swap a bit? 20 or 30 grams like for like? I got other Theodor teas but they are getting close to finished (and considering rebuying 4 of them which is amazing though still wondering). Or maybe a bit of Harney´s Queen Catherine?

I’d love to! I’ve sent you a private message.

I tried this tea in the bagged form as it was part of a set of The O Dor teas that I had purchased. When I opened the bag, the aroma was overwhelmingly a delicious caramelized vanilla with a touch of berry. I brewed it for 4 minutes, then tasted.

Once brewed, the caramelized vanilla aroma mellowed a bit and the berry smell comes through much more. The flavouring of the tea was much more mellow on the vanilla and berry characteristics then I thought it would be, instead the black and green tea blend comes through. As well, based on aroma, I thought the tea would be sweeter than it actually is – I found it only slightly sweet.

There definitely is a slight berry finish as AJ previously reviewed, but there’s no discernible vanilla finish. I expected there to be a bit of a dry, tannic finish due to the vanilla and berry sweetness being much less than expected, but there wasn’t. If you drink your tea with a bit of cream/milk and/or sugar, I definitely think this tea could stand up to those and perhaps even enhance the flavour a bit.

I find that this would be a great everyday tea for me as it would most likely hold up to any way that I felt like drinking it (plain, with sugar, with milk, etc). However, that being said, even though I love drinking unflavoured teas (and actually prefer those), I’m a little disappointed that the berry and vanilla do not come through more. Due to that, as well as the expensiveness of THE O DOR teas and it no longer being carried locally, I’ll probably not repurchase.

This smells scrumptious. I got it while at the Urban Tea Merchant, and ended up leaving the teabag in there the whole time while I was drinking it. Which was for over an hour. And it didn’t once taste oversteeped. Magic!

It’s vanilla and “berries” (I didn’t know which fruits specifically until I returned home and checked their website), and you can definitely smell the fruit. The vanilla I couldn’t smell right away, but it’s sort of… hidden in there. A subtle sweetness. I couldn’t taste either at first, but the fruity taste started to come out after a while—a sort of aftertaste on the tip of the tongue, really. Very faint. Maybe this one just isn’t for me; I guess I’d need something stronger.

I actually kept the teabag and resteeped it once I got home, and the berry taste it just slightly more evident. Still no real vanilla flavour, though. Just a sort of touch of sweetness, really. I wonder how this would do in latte form; the Urban Tea Merchant offers those too, I just didn’t want to get a latte for my first time there, because I wanted to see how the teas would taste on their own first. I’m definitely going back there and trying teas until I find “Mine” and THEN I’ll spend thirty bucks on a tin. Maybe more.

Advent day…. what are we on? 9? This tea smells like red fruit. Strange that we can have a sense of what color fruit might be based on smell when we can’t pinpoint exactly which fruit it is. The steeping instructions suggested a lighter temp, which I went with, but I wonder if I’d get more flavor from a higher temp. I can taste the strawberries and a little bit of raspberries now that I’ve read which fruits are in there. I thought that adding a creamer would heighten the vanilla, but it kind of dulled the flavors in the cup instead. I’ll have to try a resteep at a higher temp.