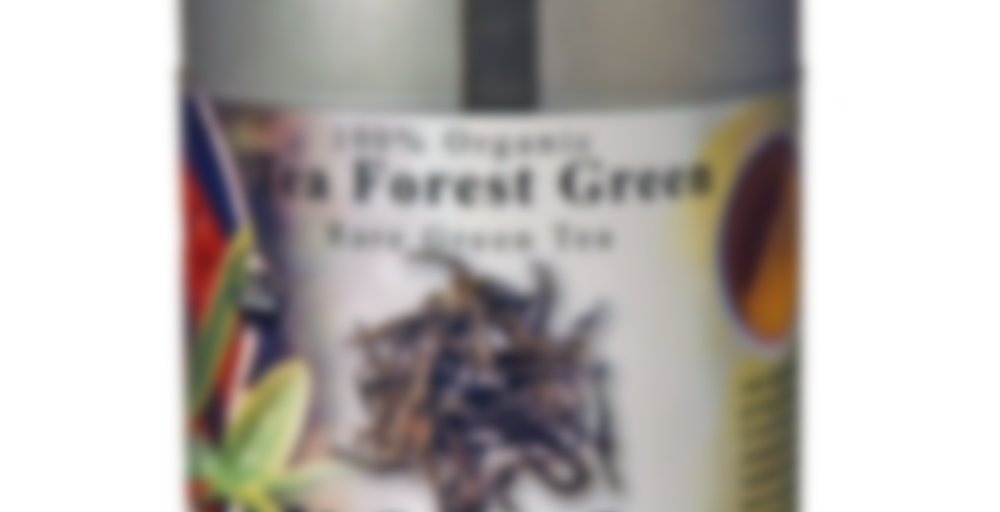 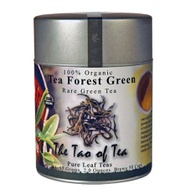 Introduction: In the Jing Mai mountain area in Southern Yunnan, there remain old growth tea plants that have matured into fifty feet high tea trees. These ‘wild’ trees are more than seven hundred years old, and considered a national treasure. Their exact location and method of cultivation has been a closely guarded secret of the local population. The tea forest region of about 1200 acres is home to an abundant variety of herbs and plants. We are proud to be among the first group of tea companies offering this tea.

Large-leaf Chinese green teas are known for their full flavor and smoothness. To attain this balance and avoid too much bitterness or astringency, we recommend using slightly cooler water. If the water is too hot, the leaf will “stew”, creating a bitter, “spinachy” cup. Moderately hot water, 150 to 170 F, with two loose teaspoons of leaf per cup and a steeping of 2 to 3 minutes provides 2 to 3 satisfying infusions.
Another common method would be to enjoy the tea “Chinese style”. Merely place a few leaves at the bottom of a cup or glass, add hot water, and cover. After a couple minutes or so the leaf will unfurl and sink to the bottom of the vessel allowing you to drink from the top. When the water is down to just over the leaves, simply add more water. This style provides many infusions for a small amount of leaf.

Alright, it’s time to celebrate another sipdown. I started working my way through a one ounce sample packet of this tea a couple weeks back, but only managed to finish it a couple days ago. I found this to be a nice green tea for everyday drinking.

I prepared this tea gongfu style. After a very quick rinse, I steeped approximately 6 grams of loose tea leaves in 4 ounces of 175 F water for 10 seconds. I followed this infusion up with 10 additional infusions. Steep times for these infusions were as follows: 15 seconds, 20 seconds, 25 seconds, 30 seconds, 40 seconds, 50 seconds, 1 minute, 1 minute 30 seconds, 2 minutes, and 3 minutes.

Prior to the rinse, I picked up on a slightly smoky, grassy aroma from the dry tea leaves. After the rinse, I picked up more clearly defined aromas of grass, corn husk, and smoke. The first infusion produced a similar, though slightly stronger aroma. In the mouth, I was able to detect mild notes of corn husk, hay, grass, wood, malt, and smoke underscored by a hint of minerals. Subsequent infusions saw nutty and fruity qualities emerge. I began to pick up on aromas and flavors of roasted chestnut, hazelnut, tangerine, green apple, honey, and lime zest. Cream and oat notes also began to emerge. Later infusions were very malty and vegetal. I mostly noted aromas and flavors of corn husk, grass, hay, malt, cream, and oats underscored by roasted chestnut, minerals, citrus, and smoke.

This was a solid, approachable Yunnan green tea. It was not the deepest or most complex Yunnan green I have ever tried, but I still found it to be respectable. As mentioned above, I think this would probably work best as an everyday green tea, though I could also see it making a great introduction to Yunnan green teas.

Dry leaf is very different from any green I have had. It smells spicy like a spice shop. Very subtle anise, dried basil, and spring grass scents.
The liquor has the color of white tea. You would not know this was a green tea unless you were an expert.
I love this green tea because I love white tea!!!!!!!!!!!! It is very much like a white tea with notes of cream, subtle notes of anise, tart apple.
If you don’t like vegetal or grassy notes in green tea, this is the one for you.
I like the appearance of the wet leaf too. They are free with lots of two leaves and bud size. A bit wild looking which is fun because I had a proper uniform and “all the same size” tea this morning lol.
It is very cleansing as well and I am having this after a lunch of vegetables and quinoa so this is delicious. I think it would pair heavenly with an anise flavored biscotti and I wish I had one. The anise is extremely subtle which is what is beautiful about this tea.
Very lovely tea!!!!!

Second Steeping brought out a bit of mint flavor!! This is a very interesting tea that makes me love large leaf Chinese green tea!!!

Honey and licorice. Mild and unimpressive at first, but I found it makes a great iced tea and it pairs amazingly well with natural honey (I rarely use honey with any other teas). Sensitive to temp as well, make sure your water is not too hot or brewed for too long as it will become astringent and bitter. I’ve found it blends well with more robust and vegetal teas as well as mint for refreshing iced tea.