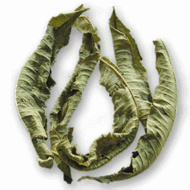 Plucking Season: Verveine is typically Harvested towards the beginning of Summer, when in full bloom, and again in Autumn, just before the cold weather sets in.

Introduction: Also known as Lemon Verbena and Verveine Odorante, Verveine is a fragrant herb indigenous to South America, namely Argentina, Chile and Peru. It was introduced to Europe by Spanish explorers in the 17th century where it was given the name Aloysia triphylla after the princess Maria Louisa of Parma and for its spirals of three (tri) leaves (phylla).

Soothing Aroma
Verveine’s soothing yet refreshing aroma comes from its essential oils, believed to have a calming effect on the nervous system, aid digestion and relieve mild depression. Its therapeutic qualities are similar to those of mint, orange flowers and melissa.

Accents
Verveine is a versatile herb and can lend its fresh, lemony aroma to any variety of teas, liquors, desserts and other culinary delights. Verveine steeps well in milk and makes an exotic addition to fine hot chocolate.

I admit I drink a lot of flavored, jazzed up and funked up tea, especially at work. It gives me something fun to look forward to during the day! I usually start the day with a flavored black or green tea and then switch to oolongs or herbals in the afternoon.

At nighttime I really want something simple and light sometimes. This is a simple french verveine which I am really enjoying. I definitely feel it is mellow and relaxing and helps me a bit with after dinner digestion. If you have never tried it, the flavor is citrusy but not overwhelming (I am drinking mine straight). It does a slight licorice aftertaste. Next to chamomile it’s also one of my favorite soothing teas for frazzled nerves. I will really need to try blending this with black tea someday.

A lovely herbally-lemon…smooth and gentle lemon. Everything is mellow about this…but isn’t that the point!? Very nice…relaxing!

I must admit I picked this one up for the tin as much as the theraputic benefits. This is the softest lemon verbena I’ve purchased and the leaves are much less crushed than from bulk sales or online orders. It adds a visual layer to brewing an herbal restorative. Very nice.