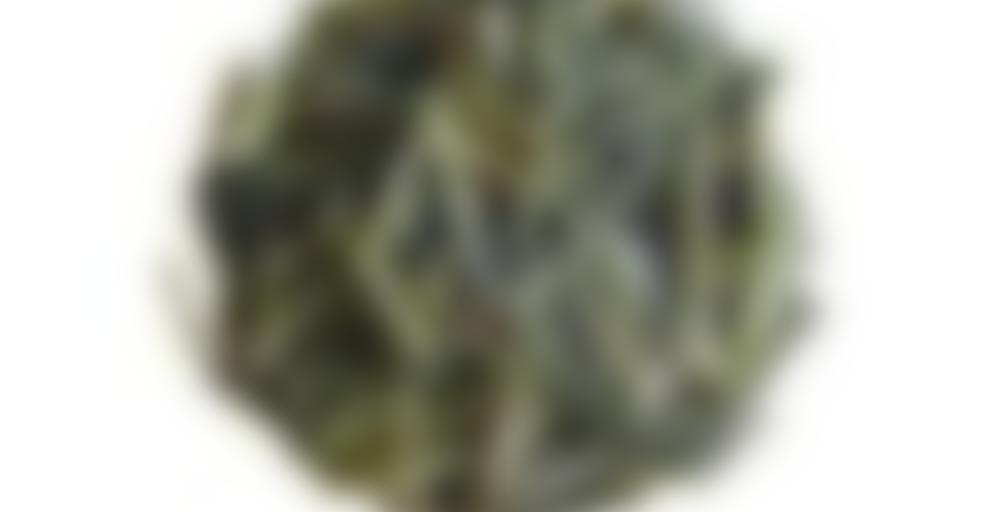 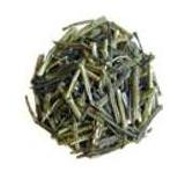 Introduction: Also known as Senkukicha. This tea is a non-roasted green version of Kukicha with a creamy sweet flavor similar to mangoes. Clear bright green brew. Low in caffeine.

Japanese green teas have by far the most delicate, sensitive leaf and are some of the most challenging (and rewarding) teas to brew. However, larger leaf Bancha as well as roasted teas like Houjicha and Kukicha can use slightly higher temperature water and longer steeping times. We recommend using water at 150 to 170 F and steeping one teaspoon of leaf per 8 ounce cup for 2 to 3 minutes. This method provides 2 to 3 satisfying infusions. Japanese green teas can be enjoyed in a variety of brewing styles but are traditionally steeped in a kyushu (a small, side-handle pot).

The first time I had a good cup of Japanese green tea I was all, “Whoa! Do they put seaweed in this! Yum!” I’ve always loved seaweed. Those kids who made faces at me when I had my yummy seaweed snacks are probably eating sushi these days. hah!

So anyway. I love seaweedy Japanese greens. It’s the last of my sample from Batrachoid. sad. It’s tastes a lot more savory this time. Seaweed and hay. And most importantly, warm. I wish I could drink from my toes cause they are freeeezing! Now I want sushi.

This is a smooth, very tasty cup of tea! Sweeter than other green teas I’ve had. Still has a slightly crisp finish, but it’s so smooth! Thanks to Batrachoid for letting me try.

sugoi fruity desu yo! The leaves and twigs do smell of fruit (possibly mango) but that lies beneath the more prominent smell hay & grass. The smell is pretty exciting leading up to actually drinking the tea.

Alright, I don’t taste any remnants of the sweet smell, and sencha of course comes to mind immediately, but with a dry aftertaste of malt. It’s a great morning tea.

I only purchased 1 oz but I will buy this tea again with the regular 3 oz tin; it’s that good.

It’s low in caffeine, but not VERY low! Don’t drink it at night… Compared to other kukichas I’ve had, I think this one is stronger. It’s pleasant, sweetish with a roasted taste, and very drinkable.

I love kukicha, it has such a mild and sweet flavor! I should really drink Japanese greens more…

Revising this to add that I finished it and it’s sipdown no. 4 of 2017 (no. 285 total) because the page appears to be broken. The note below was from tasting last week.

When I last got derailed from my serial obsession with tea into some other obsession for a while, I believe I had picked this one as my next “take it to work” tea.

When I started my new job, which isn’t so new anymore (I’ve been there more than 18 months), I started taking a Timolino of green tea to work every day. Then I discovered that the company made Numi teas available in bags, and they had a couple of greens so I got lazy and stopped making the tea before I went into work. Instead, I started making it at work. After a while, I started to get tired of the two greens, then I stopped drinking tea for a while.

Which brings us to yesterday, when I went back to trying to establish the Timolino habit. I think I had had this before but I hadn’t ever written a note about it.

Now, unfortunately, like pretty much all of my tea it is rather far past it’s “tastes best by” date, but I’ve never let that stop me before. The dry leaves range in color from a medium-dark green to a silvery green and they’re geometric and stick like. They remind me of what herbals with lemon grass in them look like. They have a sweet, grassy, almost haylike smell.

The tea is a dark golden color and clear. It has a grassy, sweet aroma.

It tastes pretty much like it smells. Rather refreshing without being too drying in the mouth. It’ll be a pleasant commuting tea for as long as it lasts. I could see buying something like this again, maybe. Hard to know at this point as I don’t ever see myself buying more tea given how much I still have.