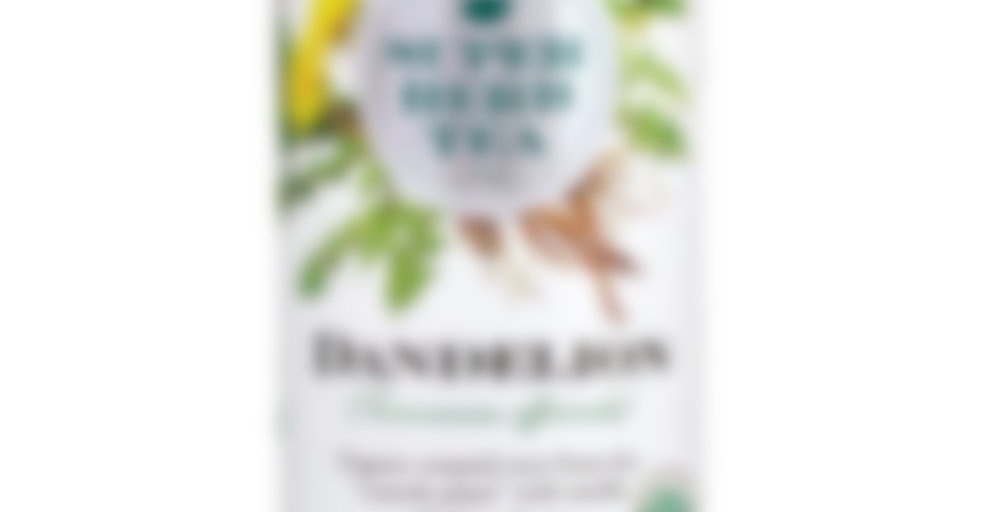 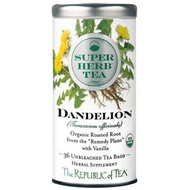 by The Republic of Tea
70
You

While this small, yellow flower dots meadows around the world, its roots are known as a powerhouse of healthy benefits. This certified organic Dandelion SuperHerb® Tea has a reputation as a natural aid to digestion. This caffeine-free herb is traced back to the 10th century when Arabian physicians used it to treat their patients with its cleansing properties. We ground some of the roasted root (the powder that comes out of the tea bag) and added French vanilla to create a deep, full-bodied flavor, making it a nice alternative to coffee. Simply steep, sip and feel your best.

Good! I drink dandelion root tea occasionally to help my kidneys and I usually hate the taste but the vanilla in this does wonders. I even crave this occasionally.

Surprisingly sweet and mellow for a green tea with dandelion. Not at all what I’d call herbaceous or grassy, with not bitter or dry notes. I feel like whatever flavoring this has overshadows the actual title. I don’t think that’s necessarily bad, just misleading. I liked this tea and would drink it again, but probably wouldn’t purchase it. Surprisingly, I think it would work well with milk due to the vanilla/hazelnut/coffee flavor that others have mentioned.

This sample was a part of the Republic of Tea catalog that I received..
First of all, I hate coffee. I don’t like the smell or the taste of it.. When I brewed this tea, I kept thinking that there’s something oddly familiar about this.. Almost breakfast-like in smell. I’ve decided that it smells like a vanilla and maple syrup coffee (if there is such a thing). It’s basically breakfast in a cup for a lot of people.
I started drinking it and it was okay, but eventually the coffee taste caught up to me and I just can’t drink it anymore. There is a slight grassy taste to it, presumably from the dandelion, but I just can’t get past the coffee.

Oddly, the coffee flavoris a big part of why I liked this one so much.

Free sample from the most recent ROT catalog. So, so yum. It tastes of creamy vanilla-hazelnut goodness. The flavor is almost coffee-like. I think this would be a great herbal substitute on the rare occasion that I crave some ridiculous Starbucks-style coffee concoction. I’m not going to order this right now, but I would definitely impulse buy if I see it at the store.

I received a sample of this tea with my most recent Republic of Tea catalog and chose it as my caffeine-free bedtime tea last night. Drinking this tea was an odd experience. It brewed up VERY dark…almost like coffee!…and had an extremely potent vanilla scent. However, the actual flavor was like a mild, grassy green tea with a wave of vanilla in the aftertaste. In the end, I found this a pleasant bedtime tea. I would drink it again if it was offered to me, but I won’t be seeking it out to purchase.

Had the pleasure of sampling this at the SF tea festival and it was the best herbal tea I sampled all day. It’s light and yet full-bodied, the vanilla adding an elegant and exotic sweetness that perfectly enhances the rather tangy and grassy taste of the dandelion.