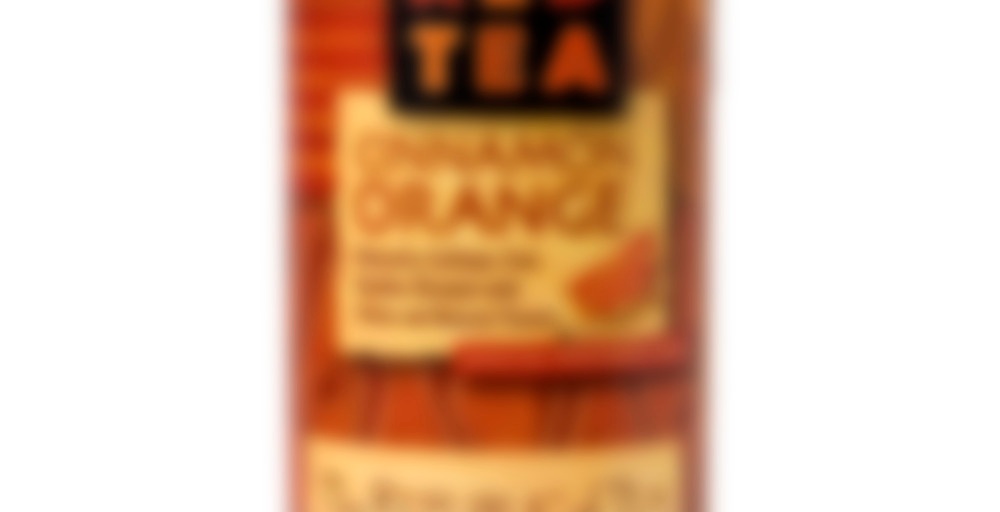 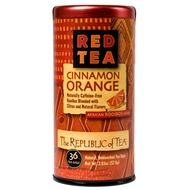 by The Republic of Tea
86
You

More flavorful than ever. This popular blend is rich in antioxidants and features the distinct cinnamon and orange flavors Citizens have come to love in Safari Sunset.

Cinnamon Orange Red Tea is rich in antioxidants and naturally caffeine-free. South African Rooibos is the perfect accompaniment to flavors of cinnamon, orange peel, and natural orange flavors. This brew is rich, spicy and inviting.

I was worried that this one would taste like Christmas potpourri. Not worried enough to refrain from trying it, of course, particularly when my local supermarket lets me weigh out wee samples to potentially get hooked on. This is never going to become my favorite rooibos blend, but it’s pleasant… it does remind me of essentially every cinnamon and orange tea I’ve tried before, but sometimes I am in the mood for that. I also think for some reason that this would just be the ideal blend when I’m not feeling well. I’m not sure that’s how RoT would want to advertise this one, per se- “Have a headcold? Do we have the tea for you!” but there’s something very soothing about it, in the same way a hot toddy is soothing. I’m sensing a personal link between citrus, cinnamon, and being soothed while ill, I think.

This is the tea that got me into drinking tea more than just randomly. This spurned my whole sale change from drinking tons of soda during the work week to drinking tons of tea and a soda for lunch. This tea got me with its intoxicating aroma of Cinnamon and Orange. Orange being one of my favorite smells, and foods. I love orange in many different capacities and figured it couldn’t hurt in a tea. I had always wanted to try red tea so this was me dipping my toe in. This tea while you would think could be very overpowering with taste is not, its very light and the cinnamon and orange pair together amazingly. Something about the soft woodiness of the Rooibos really melds well with the Orange and the spice of the Cinnamon. A definite try if you are a fan of citrus teas or red teas in general. Feels like it would work on both the cold winter night as well as a summer day.