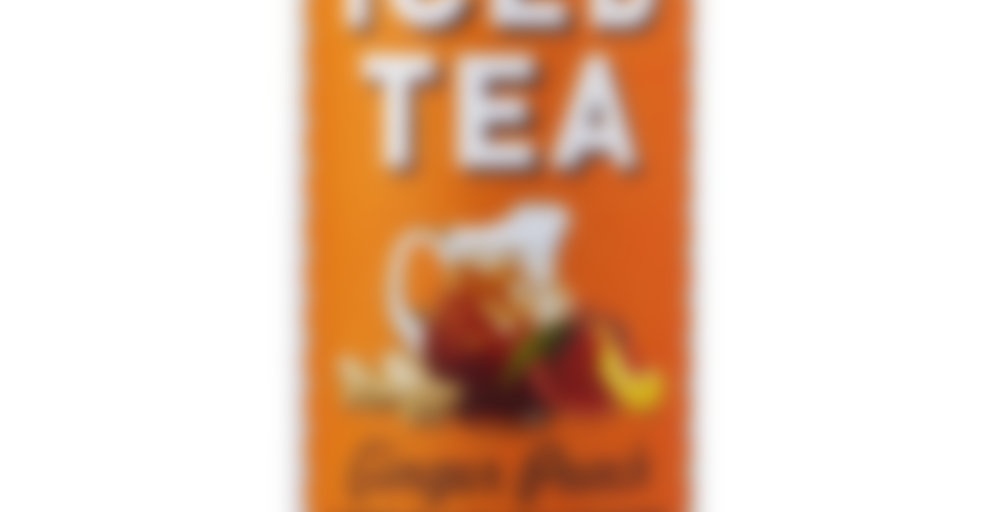 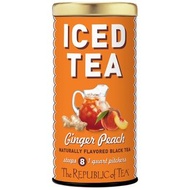 by The Republic of Tea
78
You

Quench your thirst with the smooth, full-bodied flavor of our award-winning, premium black tea. Each large, unbleached tea pouch steeps a full quart of iced tea. This tea offers the lushness of a fancy peach seasoned with the tingle of spicy ginger. This fresh and flavorful iced tea will make your head wiggle with delight.

You wouldn’t think of this time of year as being ideal for iced tea, but I live in a place where winters are very dry and I often find myself craving cold drinks to quench my thirst. My bookstore stocks these RoT iced teas every summer and I always stock up at the end of the season because I know I’ll be wanting them.

This one is a black tea with a bit of a caffeine kick so don’t drink it late at night if you have trouble sleeping. Flavour-wise though the base is quite gentle and mild and acts more as support for the other flavours rather than drowning them out. The peach and ginger are a fairly well balanced mix, though I added a bit of ginger syrup so this jug has a bit more bite than it normally would. The peach comes across as a little bit artificial, though still far more natural than the flavourings found in Snapple or Lipton peach iced teas.

Thank you Jillian for throwing in a few pouches of this as per my request; I have to admit that mostly I just wanted to be able to taste a few of the flavours of this Iced Tea line up before committing to buying a full tin since this is a tea I can get a hold of here in town.

Ginger Peach isn’t really my thing typically; I’m not big on ginger and I’m pretty fickle towards peach so that tends to make for a dicey pairing. That said, I brewed up a big cold brewed pitcher of this and it really isn’t bad. The peach is the strongest flavour for sure; it’s sweet in a “juice”/made from juice crystals sort of way in so far as it’s not all that natural tasting. But that said, it isn’t ‘juice like’ in a “tastes very sugary/cloying” way. Does that make sense?

Even though that’s the strongest flavour, there is lots of ginger too. If peach is the top note, then ginger is the tier right below it – the flavour immediately follows the peachy juice notes. I’m not big on ginger, so I have a hard time appreciating the flavour here but I can comfortable say that I don’t dislike it. I had no problem making it through my first cup of this pitcher, and I don’t think I’ll have a hard time finishing it either.

Asking Jillian to include this was a good idea though: I’m enjoying the pitcher worth but I definitely know that I don’t want to invest in a whole tin worth of it – there’s no way I’d ever get through it. Sampling is more than good enough for me!

I’m not a huge fan of peach, but I’ve always had a soft spot for ginger, so I decided to give this unique combination a try. The sweet, smooth peach balances the sharp, hot ginger quite well! My father is a lover of peach, but didn’t like this. So maybe a ginger fascination must preclude a ginger peach iced tea fascination. Anyway, there’s more for me!