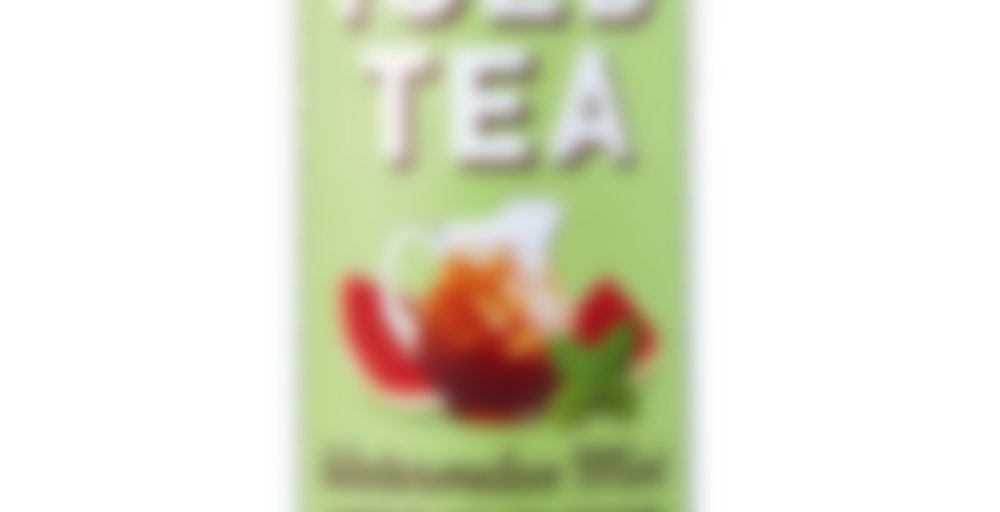 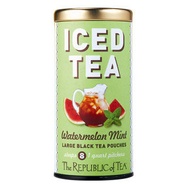 by The Republic of Tea
68
You

Perfect Picnic Tea – This iced tea captures the essence of summer with the natural, fresh sweetness of sun-ripened watermelon finished with a touch of cool peppermint. A smooth base of fine black tea rounds out this bold, bright, refresher.

Each of the eight, large, unbleached tea pouches are perfectly portioned for making it easy to brew healthy, premium iced tea at home.

I don’t know why I got this, maybe because I love watermelon and mint, and also because it was on sale at Whole Foods for $5.49. So that’s 68 cents a quart by RoT measurements, but you have to be kidding if you think I’m only gonna steep this bag once….so saying I’ll steep it twice, four cups a quart… 8.5 cents a cup. Not bad for a RoT product.

And this isn’t bad for a watermelon tea! Usually they never taste like watermelon. This one definitely does, so much so I don’t really taste any mint. I am kind of sad they used peppermint instead of spearmint, but since I can’t notice it beyond how it makes the black tea itself taste, I think I can add in some spearmint myself in the future.

I was certain I was going to regret just grabbing this stuff but now that I’ve made it, I’m glad I did. Also I’m happy they made sure to say to toss the pouch in the garden after! I don’t think the pouch will ever biodegrade but they made an effort, I’ll cut the leaves out and throw them in.

I am going to hopefully go back to planting now…these bumblebees are being psychotic and chasing each other around and they like to wait to be chased by hovering in my patio area and they’re driving me crazy. In the past week, there have been two dead ones on there…I was wondering why but I figured it out. Three bumped into my legs earlier, one bounced off one of my planters, another fell right into one being a goofy bee, etc. I’m trying not to freak out because I know they’re not gonna hurt me as they’re so obsessed with each other (mating? idk what’s going on) but that buzzing just hovering right behind you is super creepy.

eta: second steep does not work at all. I have very anemic looking iced tea. I think the only reason it has any flavor is because I added sugar. I even steeped it for 5 minutes (first steep was 3) and it was still very pale. Boooo, RoT, boooooo. I guess cold steeping is always an option but I imagine it’ll still take forever to get anything out of that.

From “Another travelling tea box?!?!”

Tea #3 from Another Traveling Tea Box

It took me a few minutes to pinpoint what I think this tea tastes like, in fact I had to think all the way back to middle school and my gum chewing tendencies back then. When I was in middle school my mother spent a small fortune buying me Bubble Yum, oh the memories…

Yup, this tea reminds me a lot of Watermelon Bubble Yum.

It has an artificial watermelon flavor that just hits you in the face and the mint hangs out in the background, barely noticeable. I could taste the back base a bit through all the flavoring, but I really had to search for it.

While this might be a good summer flavor for some, I’m still not sure that I’ll be able to finish the whole pitcher of this tea. The giant tea bags make a Quart sized pitcher.

Edit: The more I drink this, the less I like it so I’ve already decided to drop my rating.

This was a rather candy-like one! I’m glad I had my whole family to help me finish off a pitcher of this one.

I wish I had someone other than my toddler to help me finish it off. What he won’t drink will probably end up down the drain since I’m going out of town tomorrow morning.

I discovered this tea at my local produce market earlier in the summer. I decided to pick up a tin because I love cold-brewing teas … and it’s so easy with these big pouches of tea. I’m not usually all excited about bagged tea, but, for cold-brewing … it’s so convenient that I think that convenience wins out over the mess of cold-brewing loose leaf tea.

A really tasty iced tea. A nice watermelon-y flavor, a little on the sweet side, yes … this does have that jolly rancher watermelon stix flavor to it, but, hey … I loved those things when I was a kid so I’m not complaining … it’s still really tasty. The mint is a delicate flavor and I like that. Mint can sometimes really overpower a tea, I’m glad that it didn’t here. It comes out just enough to add some complimentary flavor without getting out of hand.

A really tasty tea. I might buy another tin of this tea next year when summer arrives.

I received a sample size tea bag of this yesterday in a RoT catalogue. I’m drinking it iced and it definately tastes like real watermelon. The mint flavor is a hint of a whisper at the most – barely perceptable and easy to overlook if I weren’t searching for it. The base black tea flavor is also not there very much. This tea is all about the watermelon.

When I first saw this flavor on their website I was intrigued, but didn’t have the money to invest on something I may not like since mint & me don’t always get along. But lo’ & behold my next RoT catalog had a sample! :)

I brewed that baby up & fell in love – this is a great Southern summer sippin’ tea.

To really get the full watermelon flavor, you need to pony-up to the true Southern tradition & sweeten the heck outta that sucker!

It’s true…the mint isn’t really prominent – or maybe it’s my untrained palette that doesn’t notice it – but for me, it works. But I love the taste of juicy watermelon as it slowly makes it’s way down the back of my throat at the end of the sip.

I immediately ordered a tin for me & one for my sister. And now that the hubby has had his first sip, I’m going to have to order more…argh.

But the bigger issue is how to convince him that we can’t afford for this to be an everyday tea. But I can easily see it being our Summer Saturday night special. ;)

I found this on the end of summer clearance shelf at the grocery store for $4.79. At that price I couldn’t resist the draw of watermelon even though I don’t usually buy bagged tea. I liked it, but it is a bit candyish and the melon has a strong after taste. If I saw it on sale I’d buy it again.

Too gross for words. The watermelon taste was pretty much like a Jolly Rancher, and it didn’t really go with the black tea. I’m not a fan of mint in my black tea either, so I guess it’s no surprise that I really didn’t like this.

The weather has turned officially summer-ish. Highs in the mid 80s. I drove over the church to clean up my little raised bed garden and plant my cucumbers, tomatoes, peppers and onions. I was a sweaty dirty mess by the time I finished. I had brought a bottle of water and a thermos of this to drink. I finished the water early and then drank this. The water was lukewarm, but boy, even after sitting in the sun for 3 hours the ice cubes were still floating happily in the tea! Love those insulated cups.

i gave this a rating of 70 last time. Maybe it was just the weather conditions and the fact that this was cold, but I found it extremely refreshing. Raising my rating to 75.
Yours I Like This
9 likes
3 comments
Edit

Mmm! Our riding mower bit the dust and I’m back to pushing … this sounds like a good summer investment!

@gmathis Ugh! And it is hotter and more humid where you are at!

Actually, the pushing provides some much-needed exercise, although I no longer have the steam to do all at once. I hit the part the neighbors see first and tackle the back when I get right good and ready ;)

I love watermelon tea and I enjoyed this most when I cold brewed it. I’m the only one in the house who will drink it so I don’t think I will buy it again because one pitcher is a lot for me to drink on my own when I want more variety.