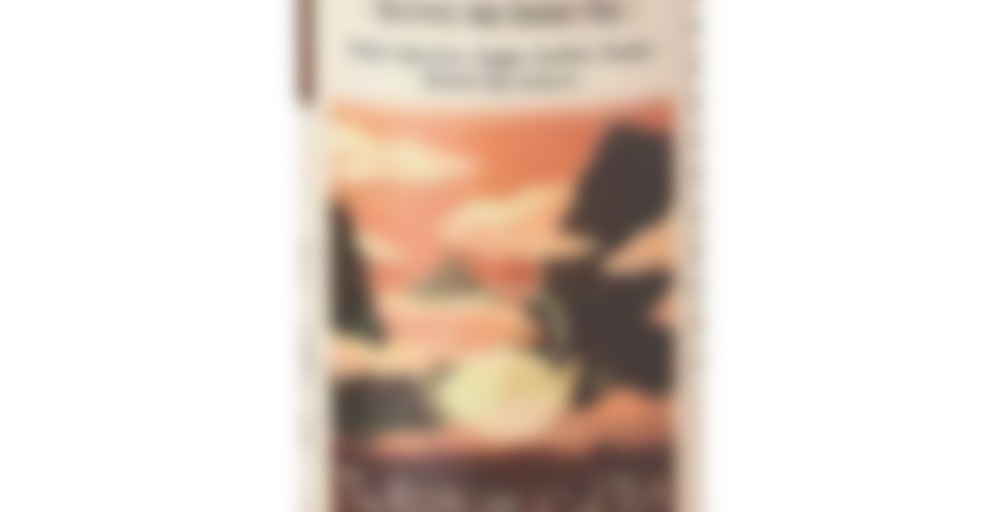 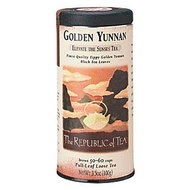 by The Republic of Tea
81
You

Elevate The Senses Tea – From the cloud-veiled mountains of Yunnan, the birthplace of tea, this rare, high-grown, golden tippy Yunnan is one of the most prized China black teas in the world. Exquisitely smooth and malty with pleasing floral overtones and a tinge of citrus, enjoy this brew with a touch of sugar and a splash of milk. Delicious hot or over ice.

CAFFEINE:
Black Tea has less than half the amount of caffeine per cup than in a similar-sized cup of coffee.

STEEPING INSTRUCTIONS
Steeping black tea is easy. Simply heat fresh, filtered water to a rolling boil. Then pour water over tea and steep for 3-5 minutes if using a tea bag or full-leaf.

The Republic of Tea 82

My second round of samples from TeaVivre seem to be held up in Shanghai, so while I wait for those to arrive, I’m sticking to old favorites rather than ordering anything new. Actually, we’re stone broke and I can’t justify buying tea, but I’m telling myself that I like turning to favorites right now.

The more tea I drink, the more I realize that the only teas I don’t need to be in a “mood” to want to drink are Yunnan golds, Wuyi Oolongs and pu-erhs. Everything else, as much as I like them, I need to be “in the mood” to drink.

I just wish I had a better Yunnan than this RoTea, right now.

If you want the rest of my TeaVivre samples I will send them to you. sorry to hear times are so tough.

Nah. They’ll get here eventually. It gives us something to look forward to.

Being broke is of our own making. We’re having the front landscaping done and it is just very expensive to have done correctly. We’re on our fourth landscaper at this point because everyone’s either a hack, or too busy to pay attention to us for more than five minutes.

But a guy came by just now and planted about two dozen flags in the lawn for the irrigation system which supposed goes in tomorrow morning.

If all of this finally comes off (this project is now 18 months in the making) it will be well worth being broke for a little while.

This was not as good as I was hoping it would be. This will be a tea I have with food from now on.

Yunnan teas aren’t my favorite blacks, but sometimes I am in the mood for one. I’ve had this one for a while, but I hadn’t logged it and couldn’t remember whether or not I liked it. It’s not bad, but I like Arbor Teas’ Golden Yunnan quite a bit better than this one. This tea has a bit of the mushroom thing going on; not as fruity as some.

As far as what I’ve tried, I seem to enjoy Republic of Tea’s black teas much better than their greens. My wife and I had this today, and we both loved it! I was a little worried, because I was keeping the leaves in an old tin that used to house Australian Outback tea (I made some, but the pieces were so small that many passed through the strainer, and the smell of the brewed liquid was terrible—enough to convince me not to even sip it. ). Fortunately, it appears that I had washed it thoroughly enough to remove all traces of the previous tea.
Anyway, on to the tea. The leaves looked wonderful, all golden and tippy. They produced a nice dark liquid. Although the Republic of Tea recommends drinking it with a bit of milk and sugar, I tried it plain first. It was nice and smooth—more like a Ceylon than an Assam (I’ve never had a black Yunnan before, so I didn’t know what it would be like). Slightly malty and astringent, but not overpoweringly so, with mild citrus hints. After the first few sips, I added milk and sugar. I can see why they recommend it—it really brings out new flavors! The citrus notes became more noticeable; it felt almost like I was drinking a subtle Earl Grey. This makes sense, as Earl Grey was supposedly first produced in an attempt to imitate the taste of more expensive Chinese teas (making it, I suppose, the genmaicha of England). I was very pleased, and will probably buy a tin of this, if Rishi’s 2nd Flush Darjeeling doesn’t impress me more.