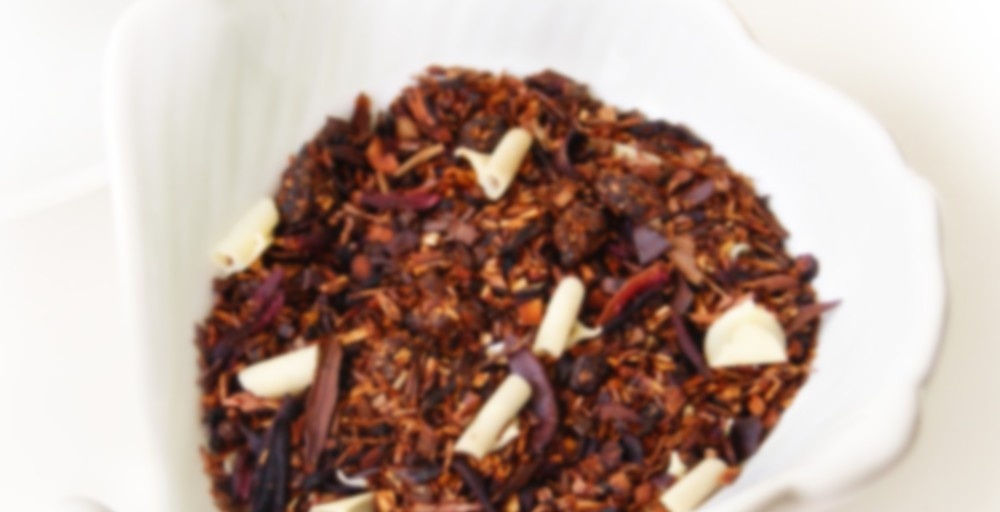 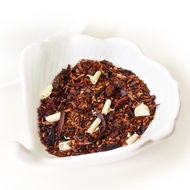 by The Persimmon Tree Tea Company
64
You

Our Berries ‘n’ Cream tea takes a rooibos base and transforms it into a vanilla truffle-like treat with succulent black currents, creamy white chocolate blossoms, and organic hibiscus. This naturally caffeine-free tea makes the perfect after-dinner dessert tea when sweetened with a little rock sugar.

No berries. No cream. I actually didn’t taste anything past the rooibos.

I just received my order today, but I couldn’t resist trying just one more of the samples before bed! At first sip I felt a bit of déjà vu. I recently reviewed Aries by Nina’s Paris, and they taste nearly identical, despite the fact that one is rooibos and berries and the other is rooibos and cherry. Yes, I looked it up – cherry is a fruit!

There’s a surprisingly big difference between the dry smell, which is kind of woodsy, and the taste, which dives straight into cream and something fruity and ambiguous. With rooibos I always seem to taste a slight hint of caramel flavoring, but I think that’s just because I’m a little weird!

Overall, this was enjoyable. Like its sister tea, I’m not going to go out of my way for it, but it is a nice change of pace.

This is pretty good! Fruity notes and a creamy finish. It still can’t top Della Terra’s Lime Chiffon in my head as far as creamy rooibos teas go, but that’s not this tea’s fault. The hibiscus behaves nicely and only adds the slightest bit of tartness to make the berries pop.

I’d recommend this to others.

Mmm… smells like berry truffles. The flavour is sweet berry and white chocolate. It works well. And the taste of the hibiscus is mild.

Yucky! I do not like this tea. I have not the words to describe it. It’s just yucky.

This one doesn’t seem to have gotten much love on Steepster. This is another my wife picked. I thought strawberries and cream – yummy. Then I read the ingredients. I have had one black currant tea before this. Granted it was bagged but it was Ahmad who I normally trust to give me a pleasant bagged experience. I did not like it. I seldom like hibiscus in anything.

Then I opened the lid and sniffed. Hey this may not be so bad. Yeah it is rooibos but it smells like vanilla and cherries, or blueberries, or maybe grape. I never could decide. Doesn’t matter as none of those things are actually listed as ingredients.

I steeped for 5 minutes in a Finum basket using boiling water. The brew is dark like coffee but as you tilt the cup it looks more purplish red. That amused me. The white chocolate forms some scum on the surface that doesn’t hurt anything except the aesthetics.

The first sip was pleasant but much lighter than I expected. I added sweetener and the change is spectacular. I’m just going to quote my blog post on this rather than coming up with something new:

Once sweetened this came alive. The black currant and the hibiscus combine to give a taste that I can’t nail down but drifts between blueberry, cherry, and grape. I do taste just the slightest tartness but honestly it works here. This is creamy, probably from the white chocolate. I do taste the rooibos but it is not the main note. It adds to the overall mix with a touch of spicy sweetness.

I think I can best sum up my perception of this blend by telling you that I went into this review not expecting much from these ingredients. I thought, I’ll try to keep an open mind but will settle on just getting through it. I ended up gulping the last half of the cup down and can’t wait to have another. Surprisingly delicious.

OK, its me live again. This is one of those times when experimenting really paid off. You wouldn’t have a issue with adding a little salt to your supper, if it needed help bringing out the flavor, so don’t be afraid of a little sweetener when it is needed.

I’m actually really fond of this company. They make my favourite vanilla tea and are pretty good overall. Underrated, I think.

Agreed. I can’t think of many companies that can take ingredients I don’t like and make something tasty out of them. Their self restraint is one of their biggest strengths. They generally use a lighter hand on the flavorings so you can actually taste the base.

MMM. A little dairy with fruit is sometimes a good pepper-upper.

Backlog because Steepster was broken Thursday night/Friday morning. Just as the package leads you to believe- it tastes of berries and cream. The berry taste is sort of generic, a mix of strawberry and other berries. White chocolate curls lend the taste/feel of cream, but do no impart much if any sweetness. The rooibos is thankfully not very prominent in this blend- only just enough to leave the taste refreshing instead of heavy.