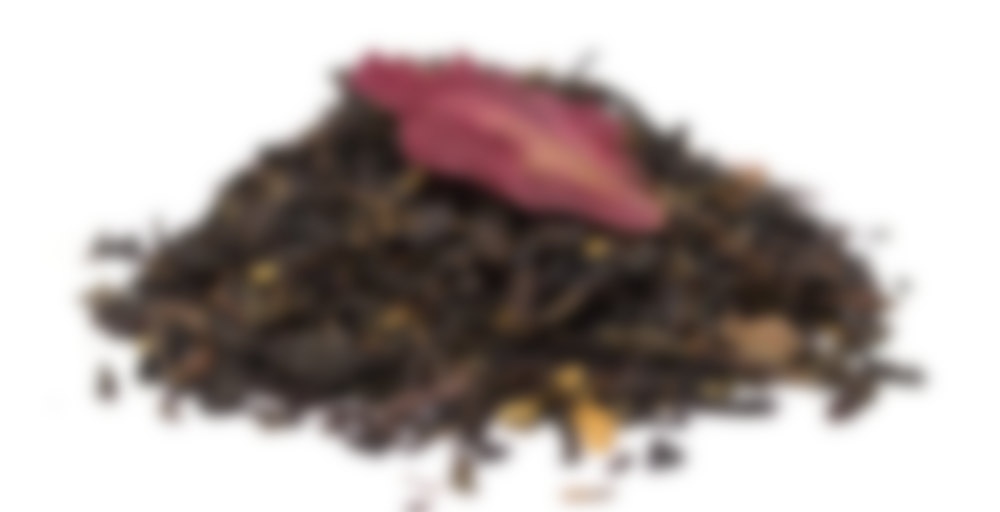 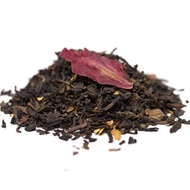 To further the appreciation of the Oolong, it is heightened by the flavours of pineapple, passion fruit, mango and warm bergamot orange. The taste lingers on and on.

So Long, and Thanks for All the Licorice

Leaves of the World 70

oh god. this smells…uh gross. I’m fairly certain it’s the bergamot that’s inflicting this pain on my nose..or rather the blend of bergamot and passion fruit, which smells distinct on it’s own and is now coupled with bergamot. blech.

As for the taste? It’s really not too bad. The base blends quite nicely with the rest of the flavouring, leaving a cup that is actually pretty decent…except i can’t get past that smell. To which my other half has declared – “it smells like bad weed” not that i’d know what that smells like lol but his roomate at one point was too cheap to smoke good stuff…which apparently doesn’t smell as bad haha.

At the very first sip, I didn’t like this tea.No personnality at all. I found this weird, as even if I don’t have a very large experience with Theodor, I know I never found any of their tea bad.
I decided to let the cup cooling a little and retried.
This is really better even if probably this oolong tea base is light bodied.
Flavours of mango and exotic fruits are not too strong and absolutely natural.
Tea base and flavours are working perfectly together. Having said that I need to give a precision : mango and exotic fruits are not my favourite fruits so my rating can be affected by my preferences.
This tea is really more than decent, it’s a good light tea for an afternoon but it wouldn’t be one of my staples.
I think it could be drank in the evening as well.

I have had it twice, none of the times really giving it due attention to do a proper tasting note and that is my impression – a decent enough tea, good tea even which I will drink with enough pleasure but not a rebuy.

awww you should make a proper note too :)

I keep getting distracted whenever I make this. The second time, i was literally pouring the water when I got a phone call. I will try again soon.

This is a tea which has been having rotten luck at my house. Whenever I make it I get distracted while doing it, and do not give it much enough attention. Ysaurella, to whom I had sent some in a swap did a tasting note before I ever got to it. Poor neglected tea!

Even today, I used water which was too cold – should have been a bit hotter. But even so, since the result was so nice, here goes. This is a tropical fruits oolong. Site says “pineapple, red passion fruits, mango and bergamot” and it is a nice touch to distinguish between the passion fruit type – I suppose their red is what we call purple passion fruit and which is indeed the better and pricier kind of passion fruit (green passion fruit grows better in our climate, it´s the only one which will grown on the mainland and produces tons more but is just not nearly as nice).

The oolong is not too dark, not too green, not too large, not too small – and not too noticeable underneath the fruit. There are some filler petals – rose and something else. There is bergamot in this tea but it might possibly be the most subtle use of bergamot I ever noticed (of course, uses of bergamot I never noticed would be more subtle even ;). For me the main note is passion fruit, with a touch of bergamot second and only then mango and then I take on faith there is pineapple. It´s fruity, smooth, and I think it would be delightful cold. I love passion fruit with its inherent tartness and funny how the bergamot seems to amplify it.

Purple passion fruit is also my favorite. Does the yellow / green passion fruit grown in Portugal also have yellow flesh inside? In Indonesia, there’s a sort of passion fruit I’ve not seen elsewhere with the inside being greyish with bigger seeds than the purple. Honestly I do not enjoy eating it.

The green passion fruit is sort of green-yellow inside – and it´s sour, I really do not like it very much. Even on juice, it´s only good mixed with orange juice. (and I love love purple passion fruit juice. Fresh when possible which is rarely or Compal Fresh Maracujá which is the bestest fruit juice ever packaged ever).

It´s a lot tougher and more prolific and easier to propagate (just stick a cutting in thr ground) than the purple one so i guess that is why it is so popular. But everything traditional (liqueur, mousse, etc) is always done with purple passion fruit.

It’s kinda sad that the people I traded this tea with got around to trying it before I did, lol.

The scent of the dry leaves reminds me a bit of an earl grey, but fruitier and sweeter. Wet they’re more like a not-so-pungent version of Adagio’s Grapefruit Oolong with the same wood/bark and citrus odor. However, as the tea steeped it actually took on a bit of a spicy quality near the end of the four minutes. Interesting.

When I sip the first thing I get is the bergamot, but it’s sort of a gentle, perfumed bergamot. Then it briefly takes on a rather tropical-fruity sort of flavour quickly followed by the wet cedar bark flavour of the oolong. Though again, the wet cedar bark thing isn’t as strong as it was in the Grapfruit Oolong. Finally, there’s also a bit of a spicy sort of aftertaste that lingers in the back of my throat after each sip.

Ah, that’s what I love about The O Dor teas! They are so complex there is no simple description of them, and no simple experience. Each time, they feel like a new experience of tea :) Great review!

Ohhhh, this one does sound good. But bergamottttt =/

Well it’s not all bergamot. :P

But there will be a bergamot o dor. I’m actually getting use to bergamot. The idea of it still scares me, but I can drink it without an issue.

This is every bit of Flavored Oolong.

You know you’re the first one to try this tea – although you make it sound so good I think I’ll have to break out some today. :D

There aren’t many teas from Theodor I don’t like, but this is one of them. In my opinion the fruity flavoring and the oolongy characteristics don’t really mesh well. It’s not awful, but nothing special either. Not my cup of tea…

absolutely agree with you on this one. It doesn’t taste like a Theodor to me.

Last caffeine of the day and close to the last flavored oolong in my stash. I think. I know of at least one other. But the problem with having too much tea is I end up finding things I forgot I had.

I will again embark on the forced oolong ritual for the first taste of even a flavored oolong, i.e., short steeps in the gaiwan starting at 15 seconds after rinsing. Even though in all of the flavored oolongs I’ve tasted this way, it’s only really seemed to matter for one of them. Most seem to change not at all on subsequent steeps so it’s Western style from then on.

This tea has some mixed reviews here on Steepster, and the consensus seems to be it’s just ok and not one of The O Dor’s best. I’m trying to remain unbiased, but the smell in the tin is pretty consistent with that assessment. More than anything else, it seems rather generic. General (and very faint) floral, generic and (and very faint) fruit, generic and very faint oolong smell.

This is surprising, because given what is in this tea I’d expect a very strong aroma out of the tin. Pineapple if nothing else. But I don’t smell strong pineapple or strong anything, and that is not a great sign.

The tea is a dark, rosy amber. It smells a little spicy and a little citrusy (bergamot, I am guessing) but there’s nothing special about it. It has an almost generic earl grey flavor, except that in and among the bergamot is some other fruit that keeps the bergamot from actually being bergamot — there’s no bitter citrus zest note to this. The other flavors, none of which I can really taste separately, are likely exerting most of their effect in tamping down the bergomotness of the bergamot. I do taste something that is vaguely like passion fruit, though.

It’s not that this is terrible, but I agree it isn’t the best of The O Dor. It’s more that it lacks anything that makes is special than that it is bad.

I’m sending this directly to the cold brew queue. I have a feeling it might find its special something there.

So, it’s autumn. In the interest of attempting to embrace my inner (and I suppose outer) white girl, I tried a pumpkin spice latte from a certain major coffee shop chain in London on the weekend when I was DESPERATE for a warm drink before catching the coach home to Oxford.

Oh my sweet lord. Why. WHY WOULD I BE SO FOOLISH AS TO PUT THIS HORROR IN MY MOUTH. It was thick and sugary and tasted of no coffee whatsoever but just nutmeg and nutmeg and nutmeg and OH GOD WHY DO PEOPLE LIKE THIS NO NO NO. Maybe my palette is just not the right kind of middle-class, but the only spice I want going anywhere near my coffee is cardamom, as is justly popular across the Mediterranean and Middle East, and which I learned from a Saudi graduate student I worked with on proofreading her academic writing in English. So thank you for that, Roaa! That was some of the most enjoyable work I’ve done in this country.

Sometimes you need a tea you know will be good to get the memory of something awful away from your taste buds, and this tea really fit the bill. I was intrigued remembering that it was some kind of tropical fruity oolong, but forgetting exactly which fruits were involved. Somehow, what I got was a blend that was at turns dominated by instances of pineapple, leafy and autumnal oolong, and what it turns out was bergamot. Would I have ever thought of putting these flavours together? Goodness no! Have they completely surprised me in the best possible way? Heck yes!

This. THIS is what autumn tastes like to me. I rather love it. Thanks for sharing, Ysaurella!