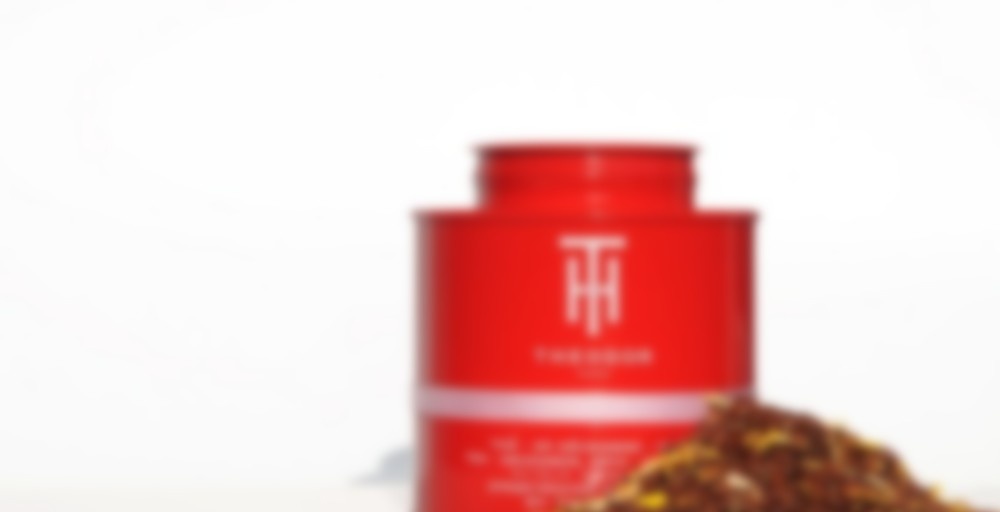 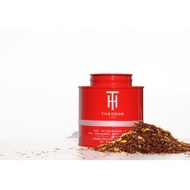 For the first time ever, based on a rooibos, discover the traditional Holiday tea through another light. Naturally free of caffeine, this blend offers its notes of spices and citrus fruits, without moderation and to the delight of all, children and grown-ups alike.

I wish I was sure of what I am drinking right now! It is supposed to be this blend, Thé O Dor´s Christmas red tea. But it was bought by weight, handwritten label and wow, it looks different than from what it looks in the blender´s site ( or other photos google shows me). Is this supposed to have little white sugar (almondy-sugar) snowflakes? The rest looks just right, the rooibos and the marigold petals and little bits of presumably spices. But sugar snowflakes? Hmm, nobody says so. (And are not little sugar snowflakes a little bit, uh, unexpected for Theodor teas? )

Taste wise, it tastes like it should be if it is this 25 December. The rooibos underneath is very much to my taste, and then you got orange, a bit of cinnamon, a hint of I think nutmeg and something sweet like anise or liquorice (this is what kills it for me). Not going to be a favorite, though that always seems to happen with me and Christmas teas, I have not loved wholeheartedly one yet (Easter Tea OTOH is a different thing!). Interesting blend, whichever it is, and I will enjoy my sample of this, but would not buy any more.

Strange things have been happening at my house.

Youngest asked if I wanted some Lapsang and OF COURSE I said yes, but when I went to the kitchen a strange tin which I had never seen was on the counter. It was Lapsang from The Odor and no explanation was forthcoming from the child person.

The next day I was offered the opportunity to try a sample. Now, I had dismissed the Lapsang as being a tin youngest had squirreled away for a rainy day after a previous order, but…samples! Clearly a new order has secretly been placed and received and then hidden from Mom, but it IS that time of year.

This sample turned out to be a rooibos, my second least favorite after hibiscus but when flavored right can be tolerable. The Odor didn’t let me down and I found this to have a festive taste and aroma and it was nice that I didn’t have to worry about caffeine keeping me up since it was nearly midnight when we drank it.

We always resteep our The Odor samples, sometimes two or three times, so we got a decent amount of tea of it and even had a bit left over for a cup this morning.

This is orange-y but fruity as well, so it doesn’t taste as cliché as the ubiquitous Christmas blends with orange and cinnamon and clove.

oh man… seeing this and the add for their 25 days not really a tea calendar, calendar makes me want to place an order…