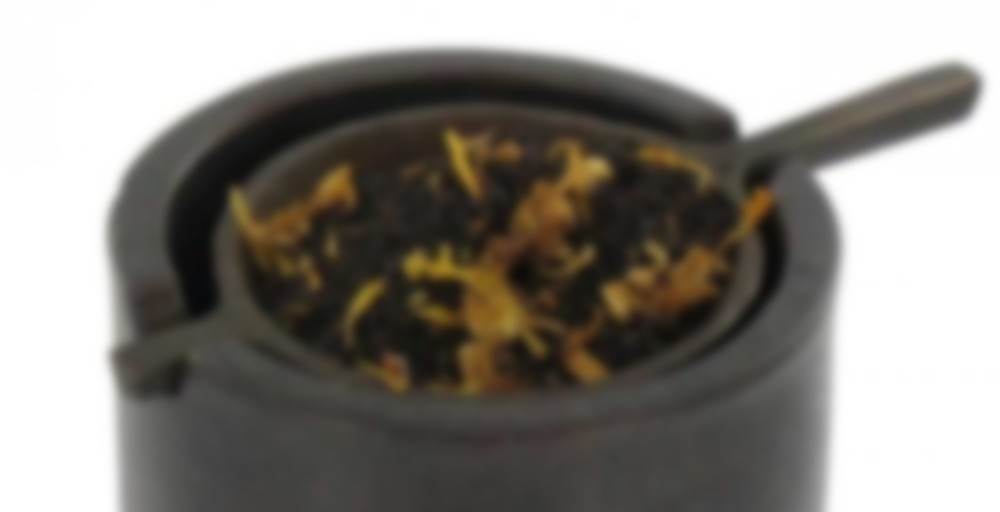 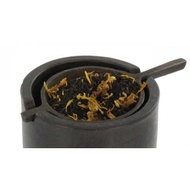 The Essence of Tea 81

I just managed to order (with difficulty and problems sadly!) some new Thé-ô-dor teas from a local retailer. Cocotte, the famous tomato darjeeling was on my wishlist but out of stock. This was instead a rather random pick, but wow this is unexpectedly filling the wish for a strange surprising tea.

I would probably not have picked it if I had smelled it before buying. It smells like pepper, black pepper, with peach and some unidentifiable flowers and just a bit strange somehow. It brews slightly different, less flowery, all (to me, at this first acquaintance) just tea, peach and black pepper. It´s a complete (but excellent) taste dissonance to have the unmistakable strong black pepper with the peach, but it was coup de foudre, love at first sight (or first cup). That pepper and fruit, it somehow works (for me. I suspect this will not be everybody´s cup of tea). I think this is the cure to me being tired of nice polite flavoured teas which seem samey-samey and forgettable. No way anybody could confuse this flavoured tea with any other flavoured tea.

The base is lovely, smooth but strong Assam. I am reminded, as I was by Mandalay, that chai is not just any tea with spices. This, like Mandalay, is a tea where a spice is essential, but without being in any way a chai.

I am slightly in love with this tea, unexpectedly. So lovely.

I was hesitant about this one yesterday while on theodor website.Nice to know it is a good tea.
I finally bought…nothing ! because Je t’aime was out of stock and Thé du Loup as well…
I hate the Theodor website ! too much idiot descriptions (not idiot but unhelpful to choice a tea…)
So Adèle H has pepper…not so surprising if we think to the movie histoire d’Adèle H :)
Victor Hugo made beautiful poems for Léopoldine, it was fair François Truffaut dedicated a movie to Adèle and Theodor a nice tea !

It is nice, but it is a tea I recommend with care. It´s wonderful to me, but the pepper is strong, I am sure it will be a hate it for many people.

I detest the stupid descriptions at the Theodor site as well! Precious, precious and useless – there is a trick, I search for an ingredient or part of the name of a tea to show an intermediate page with a small useful description – I edited a ton of their teas here on steepster to make for easier reference to those.

I never had je t´aime – thé du loup I loved, but one of the new arrivals is the yet untried celebration, which might be a serious contender for thé du loup. It´s also chocolate and hazelnut and smells like dark chocolate mousse drenched in frangelico and with extra chocolate on top. or something. It can not live up to what it smells!

This Adele H is indeed a good hommage! A rebellious tea one as well, a different one, one not possible to confuse with any other. But one must love pepper !

you cannot imagine how much I love pepper ! my friends are always like “but when do you stop to drop pepper from the pepper mill on you meal ????” it takes me at least 2 full minutes :)
But I’m not a huge fan of salt

omg i just saw your note on “celebration” that sounds amazing..

Sil, celebration indeed smells like that – it can not possibly live up to that expectation, I warn myself. I am saving it for a special occasion though will find an excuse for it as soon as possible ( mother s day maybe?)

Ysaurella, I also love pepper! But I did not expect to love it as the predominant note in a tea and after all, wow. And I confess I am now wondering about their on va se revoir … I am drinking baya now, which is another unlikely sounding tea flavoring combination and sort of divine. Theodor is very good at unusual I think.

Adele h is, I have now thought of the word, an eccentric tea which is so much fun.

Thank you cteresa for sharing some of this lovely tea with me.

The mix of orange flowers with the dark assam is first very lovely and the scent is peppery and fruity.

Once steeped, the scent of the liquor is mainly peppery, spicy.
Theodor requests not steeping it too long (3 mn) as it is an assam I strictly respected the advice.As well, this tea shouldn’t be brewed too hot, 85°c are really enough.
The taste is definitively spicy : pepper for sure, nutmeg (very present) and cinnamon but fruity as well with a very natural and pleasant orchard peach.

This is a fantastic tea, very original but not original to be original only : not something stupid like creating a fish and marmelade tea! Original to reveal spicy flavours working perfectly with a lovely peach, really.

This is a tea who works on the same basis as Mandalay from Mariage Frères, I do agree with cteresa, the spices are the honour guests in these 2 teas and without these guests the ambiance would be so annoying ! They are totally different, as Mandalay is not fruity and works with Rose and Vanilla.
I love both, this one as Mandalay is a keeper.

I am go glad you enjoyed it – I totally agree! A different, original, weird in a good-weird way tea which is really unmistakable.

And the assam is so complicated to brew, but somehow so right for the pepper and spices and peach. An unexpected genius combination this.

But anything longer than 3 minutes totally kills this tea.

All hail the weekend!

I have had a difficult few weeks at work. I’m enjoying the new management gig, but I wasn’t fully prepared for the increased workload.

The name of this tea was very familiar to me, so I googled it — yeah, there’s a Truffaut film called The Story of Adele H. I have to assume that this tea is somehow connected to the film, or to the subject of the film, Victor Hugo’s daughter Adele.

I don’t know the story of the film except for what I’ve read in Wikipedia, which is interesting mostly because it takes place in Canada rather than France during the 1960s. Also, apparently it’s about a romantic obsession. So I’m thinking about all of this as I try this tea.

In the tin, the tea has a fruity smell (the peach) and a spicy smell that is not hugely specific, though I can smell the pepper.

The steeped tea is very dark, like a dark beer but not quite as opaque — the light shines through and where it shines there’s a dark, winy red.

The word I’d use to describe the smell and flavor is stout. I made it the way I normally make black tea and it is extremely strong. Fortunately, the strength doesn’t translate into bitterness, but man, it knocks you back! I think I’ll try steeping it at a lower temperature next time as the other note-writers here have done.

Because I’m so preoccupied with the strength, I find it a bit hard to differentiate the flavors. There’s definitely a peach flavor, and some pepper, particularly in the aroma. I can taste clove as well, but fortunately it’s not too overpowering.

No. 1 tasted it and said “It’s good — peachy but not sweet peachy if you know what I mean.”

Yeah, I do, but I’m having a devil of a time rating this. I can tell it’s a quality tea, and I suspect user error here, but for me it’s not as lovely as I wanted it to be. I’m rating it lower for now until I figure out if I can open up the flavors some with a lower temp.