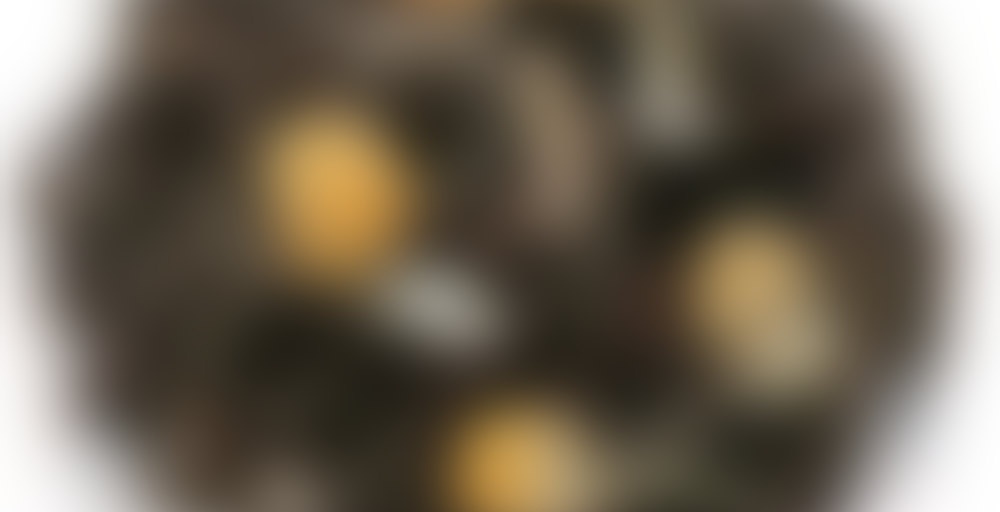 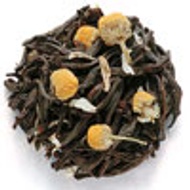 This tea is an intriguing blend of black tea, lavender, coconut, chamomile and a hint of vanilla. Try with a splash of milk for a smooth and creamy treat!

Take a look at my other tasting notes for more info.

Can you tell I am tea sorting today!? LOL – LOTS more to come…I’m a moving and a shaking! Literally…from all the tea! :)

As for this one…just finishing up the last little bit in my stash! Increasing rating!

When I read the ingredients, I thought it sounded like a terrible mistake. Yet it actually works pretty well.

My glass tasting cups are all in the dishwasher so I’m having to view the liquor against a white background. It’s dark, definitely getting its color from the black tea. The aroma is mostly chamomile, followed by lavender, followed by coconut, followed by vanilla. I’m not detecting much in the way of tea.

The taste is extremely interesting. It has an almost minty taste and feel to it, a volatile coolness. I think this is the lavender. I can taste the chamomile, and it’s in the foreground, but surprisingly it’s not that mouthful of flowering hay taste chamomile sometimes reminds me of. The lavender and coconut (or maybe the tea) take the edge off, so it’s all of what I like about chamomile with none of what I don’t like about it. There’s coconut/vanilla at the end.

The main thing I’m not tasting is the tea. It’s strange, though. I’m not really tasting it, but I’m aware of its presence.

I didn’t try this with sugar and milk, as suggested. I will give that a try next time.

I am pretty impressed that this turned out as well as it did. Who would have thunk it?

I received this sample from NecessiTeas what seems like ages ago, but I am just now getting around to trying it. The aroma of the dry leaf is nice, I can smell the lavender and the vanilla and the coconut. It is a lovely, delicious fragrance. The brewed liquor offers hints of the vanilla, chamomile, coconut and lavender all at once, it smells interesting and different… very pleasant and unusual and soothing aroma.

This is a very tasty tea. There is a really nice balance between the vanilla, coconut and lavender. The chamomile is not a strong flavor but I can detect its apple-like note, which plays in nicely with the other flavors here. The black tea is a smooth, unassuming base flavor that is not particularly strong, but it’s there. There is also a interesting note of chocolate, not a sweet chocolate, but more of like a savory note that is somewhat deep and chocolate-y.

Boiling 3 min, 0 sec
Yours I Like This
9 likes
1 comments
Edit

So sad I am drinking the last of this sample, will definitely order more but not until I finish the many samples I have right now! I am impressed with this tea, it’s pretty impossible to mess up. I put about 2 tsp. in my Libre infuser mug and left the leaves in there through 3 servings, 8 oz each time, and it still tastes really yummy! I may just keep adding hot water and see how long I can keep this going…