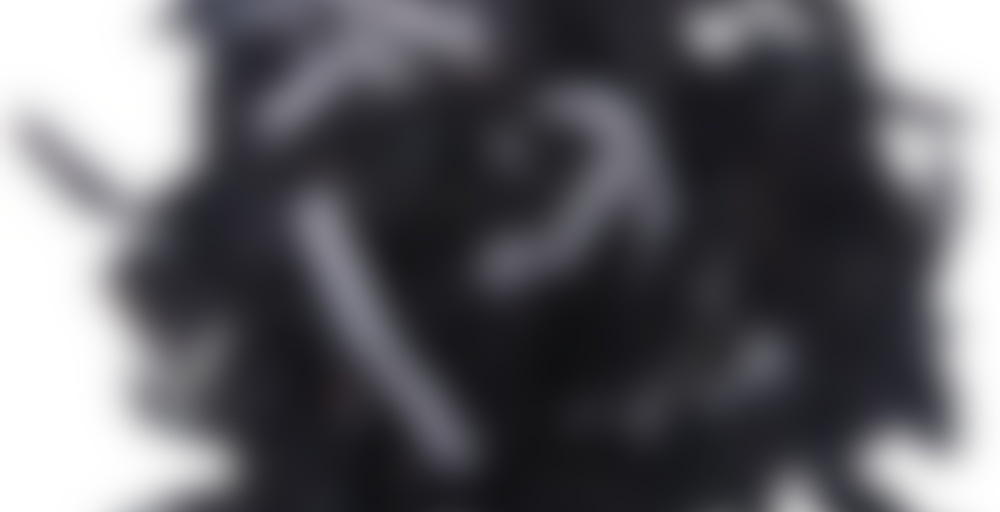 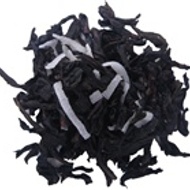 Lime in the Coconut

I wasn’t intending to write about this one yet since I tried it for the first time this morning during a rush to get the kids ready for swimming lessons, but I had to change my mind because of the comments coming from the breakfast table after I poured the water over the mixture.

Picture the mixture (there’s a photo at the top of the page of the black tea leaves, white coconut strips, chocolate chips). In the packet it has a v. strong scent of “lime,” a really acrid smell that borders on chlorine, with some not sweet chocolate underneath and some sweetness that may be the coconut in the corner. It’s on the kitchen counter having just had water poured over it.

Now picture the scene. Two boys, ages 4 and almost 6, eating microwave French toast from Trader Joe’s and drinking orange juice, and the boyfriend about to sit down with them while I am puttering making my own breakfast.

Boyfriend walks over to cup and sniffs. “Caramel?”

Me: “No. Lime, chocolate and coconut.”

I take a sip. It’s identifiably lime, coconut, and chocolate, but mostly the acrid lime that tastes a lot like it smells and is throwing the mixture off kilter. I put some milk in it and try again. Slightly better, still way too heavy on the lime. I look at the packet. Chocolate Coconut Lime. I am wondering why it isn’t called Lime Chocolate Coconut?

Great scenario—too bad the tea was disappointing. I cannot really think of a flavor with which lime could be mixed successfully aside from another citrus…but maybe I am a lime purist.

LOL, you don’t want to put the littles off tea at such a young age. ;)

It sounded like it would work, and it might have if the lime hadn’t been so strong. The coconut really could have balanced it, I think. Denouement: I walked back into the house after the swimming class and a birthday party the four year old attended and I can still smell this, but it smells better. I think the volatile oils in the lime must have evaporated, there’s more of a coconut smell now. Too bad it wasn’t that way when I first made it.

I’m with you on the Lime, Doulton. It’s such a distinctive, weird taste. It belongs with other citrus and gin. Note: Everything that I just wrote is invalidated by the fact that I drink Diet Coke with Lime of my own volition.

Lime is good with Coronas…and not a heck of a lot else IMO. :D

LOL! That was an absolutely wonderful note! :D

I have to say that this is one of the most unusual tea flavor combinations I’ve come across that I’ve actually been willing to taste. (I still won’t try peanut butter tea, sorry Frank)

I ordered it because of the word Chocolate in the name. That should come as no surprise to anyone who is at all familiar with my likes and dislikes when it comes to tea. But I felt.. somewhat confident that I might like it… I mean… I like chocolate. I like coconut. I like lime. I like lime and coconut together, and I like chocolate and coconut together. I don’t know if I have ever tasted chocolate and lime together… and I know I haven’t tasted all three together.

It’s a little weird… a little outside of my comfort zone… but I’ll give it a try.

OK… the first flavor I’m noticing is the lime. I wish the lime flavor was a better lime flavor because it is a little off. Not a lot off, but it is a little… I don’t know. It’s not so off that it’s putting me off on the tea all together, I’m thinking it might grow on me.

The coconut and chocolate together are quite a nice pairing and they hit right at mid-sip… it’s like… ok, you’ve just tasted that weird lime taste so now here is your treat, coconut and chocolate. I wish there was more chocolate… in fact, I think that this particular blend if mixed with the Tisano’s cacao tea would be astonishingly good.

This IS growing on me, and now that I’m about midway through my cup the lime doesn’t taste quite as weird now as it did at the start. It’s decent.

LOL I thought your 1st sentence even before I read it:)

Want this tea. Need this tea.

I used to drink this one everyday. It still takes a turn in my cup now and then. I still like it, but I think she has changed something with the lime. Overall, I still like it though. Oddly, this one is best with milk…make that chocolate milk if you have it.

Laura: I made a second cup of it, and gave it a splash of half & half and it really IS better with the addition. It’s good both ways… but I like it better with the dairy.

If you have this tea, go out and buy you some NesQuik chocolate milk. Seriously. It helps calm the lime flavor down, and enhances the coconut flavor. Normally I don’t abide by add-ons (I want to taste the tea), but this combination is really nice, and makes this tea something that I’ll definitely be putting on my shopping list.

Boiling 5 min, 0 sec
Yours I Like This
5 likes
1 comments
Edit

I always drink this one with a splash of chocolate milk. Makes it way delish!

I could see how the flavor combination might not appeal to everyone, and I was a bit hesitant myself at first, but it’s an interesting combination, one I hadn’t thought would work well – especially with the addition of milk and sugar. The lime is subtle, and builds: The more you drink, the more lime you can taste. The coconut and chocolate are in fairly equal parts, both complemented and made a bit stronger by the addition of milk and sugar. (The lime remains the most subtle of the flavors.) The aroma is equal parts lime and coconut, with the chocolate being the most subtle of the three. An interesting tea!

Boiling 5 min, 0 sec
Yours I Like This
1 likes
1 comments
Edit

For something extra decadent try adding a spoonful of sweetened condensed milk!!!