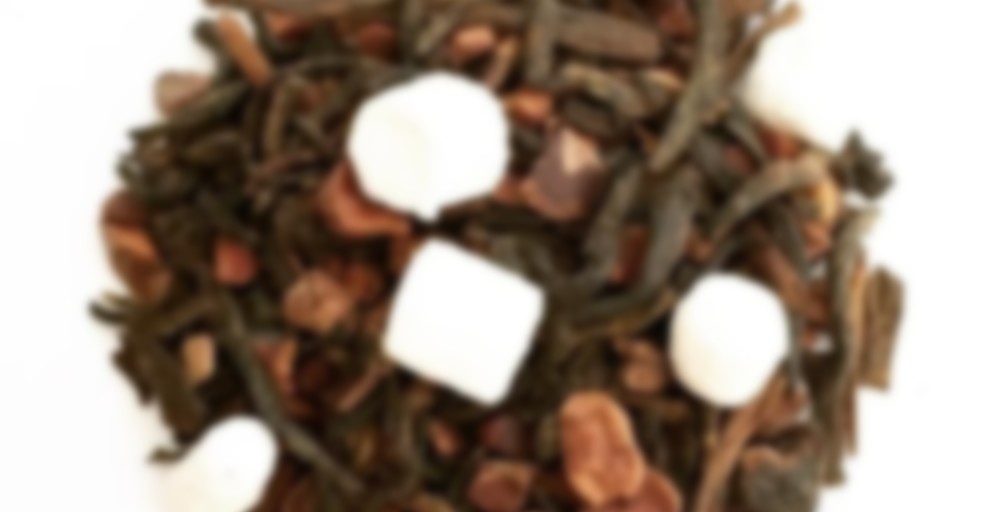 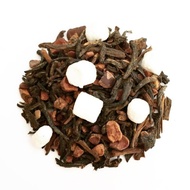 What’s not to love about hot chocolate? It’s hot, sweet and chocolate-y goodness never does me wrong! The best part is licking the creamy marshmallows that have turned into a thick frothy cream! And that’s where my idea for this tea blend came about.. I combined flavorful black tea with cocoa beans, decadent chocolate, a touch of vanilla and topped it with mini marshmallows.

WOOOHOO! Officially finished all my tea samples in my cupboard with this sipbown. Still have 2? puerh samples i think but whatever. I managed to try the last of this one as a latte and it was just what i needed it to be today. A little sweet, because of the marshmallows but i like the creamy chocolate milk sort of taste. I haven’t had ACTUAL hot chocolate in a long time as it never really appeals to me, but i could drink more of this :) Thanks VariaTEA!

i like hot chocolate made with cocoa powder/milk/sugar etc…

Finished this one off at work today as an iced latte. I was initially unexcited about this one because I imaged it would likely just be a boring black tea with chocolate, however I was delightfully surprised by it. Of course, it WAS a really strong chocolate flavour however there were quite a few additional ingredients in the blend that broke up that chocolate flavour a bit but still paired well – and for me, at least, that’s what made the blend so good. The main one was the vanilla, but also the marshmallow (of which there was an abundance). It just made the chocolate so creamy and smooth tasting that I almost forgot that there was so much chocolate in the blend/that I don’t usually get into chocolate. The barley and apple were nice too; just added a touch of a toasty quality and some sweetness that differed from the chocolate (respectively speaking),

This is definitely not the kind of tea that I would ever stock up on – but I came into this one with very low expectations and they were just completely smashed. I’m not sure why VariaTEA and I had such drastic differences – but I’m sort of glad we did.

Perhaps my expectations were too high going in. It smelled really good when I was packing it up for you and Sil but it ended up being not so great.

I was packaging this up for Roswell Strange and Sil not too long ago and it smelled soo good that I just had to make myself a cup…or two. I brewed this as a plain tea and as a latte with vanilla almond milk.

The plain tea was rather murky but surprisingly smooth which is nice that it wasn’t oily or slimey but also not so nice since the flavor wasn’t all that rich either. The chocolate flavor was earthier and more akin to cacao while the barley gave this a grain quality, like chocolate cereal…in water.

The latte wasn’t much better as it tasted chalky and like unsweetened oatmeal.