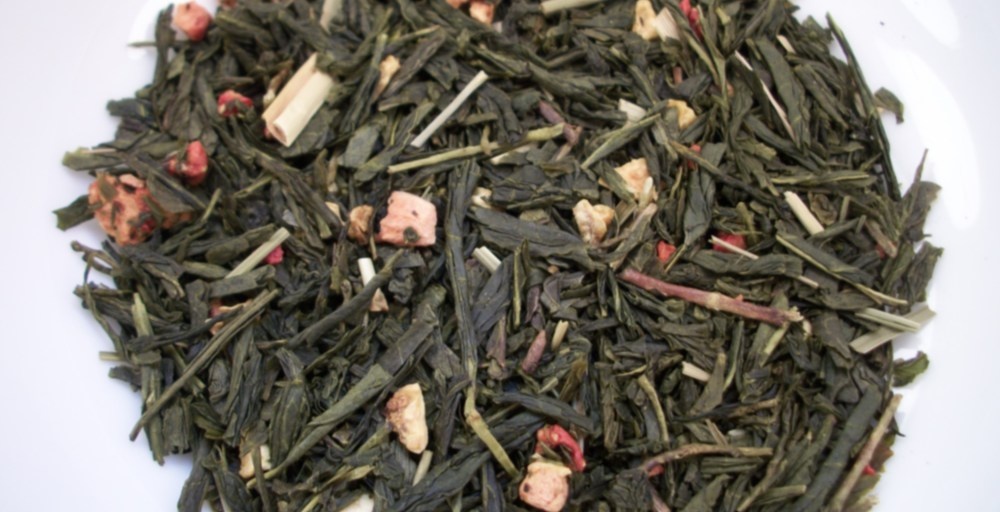 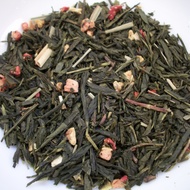 Beat the Summer heat with this refreshing blend of green tea, strawberries and lemons. For a refreshing cool treat try it iced!

This has a wonderfully fruity lemon/strawberry fragrance in the packet. After steeping, it gives off a dilute version of the same, which is even further diluted in the tasting. As with the Tropical Green, it’s pretty thin.

Which brings me to an observation that applies to all of the flavored green teas from The NecessiTeas that I’ve tried thus far, with the exception of Caramel Dipped Apple and Pineapple Upside Down Cake (which had other things going on with them that caused me not to like them very much). This even applies to Raspberry Jasmine, which I’ve liked the best so far. The flavors are quite subtle. It seems to me this is intentional, because after all, these aren’t herbal blends like Teavana’s Strawberry Lemonade. The tea is supposed to be the main event, and the flavors have to stand aside somewhat to permit the tea to take the spotlight. And yet, my experience of these is that the tea isn’t stepping up. In fact, it’s barely discernible, if at all. I’m starting to think that all of these could be improved simply by basing them on a more flavorful green tea than what’s been used here. But this is to some extent the speculation of a novice, and should be taken for what it’s worth.

Would you happen to know what green tea they do use, off-hand?

It isn’t identified as anything other than green tea on the label, and I don’t see it described on their web site either. Unfortunately I’m not yet knowledgeable enough to be able to tell what it is by looking at it. :-(

Nor I! Or even in tasting…. But maybe if I drink enough tea, one day, you never know!

Check out our video-review here: http://healthyprofessionals.blog.com/2011/07/06/the-tea-show-episode-18-the-necessiteas-strawberry-lemonade/

I’m not generally a fan of green tea, and while I didn’t love this one, it also was better than many of the other green teas I’ve had in the past: nice light fruity, lemony aroma, and the lemon and strawberry negated whatever bitterness or grassy notes that can be prevalent. I added a teaspoon of honey which muted the lemon and strawberry flavors.