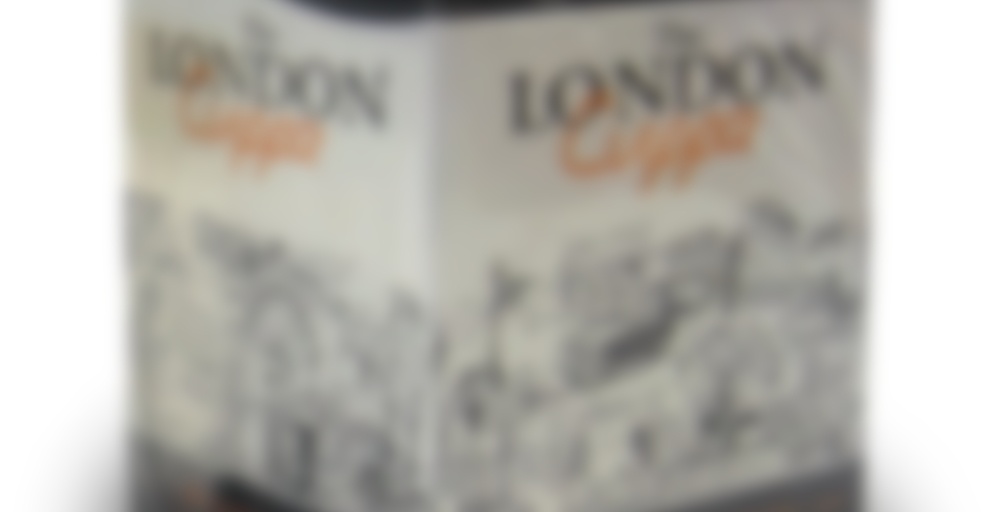 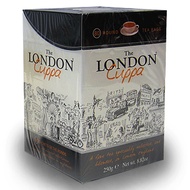 by The London Cuppa
79
You

From The London Cuppa

As with some other major World cities, we Londoners live in a bustling and multi-cultural society, swept along with the increasing pace of our exciting city. Tea remains a universal part of our daily lives, with more tea being drunk in London than in any other city in the World.

We have decided it’s time we had our own special tea, which can also be enjoyed by lovers of good tea everywhere.

We’ve searched for the highest quality leaves and chosen a blend from Kenya and Assam; these have been blended to give a robust, deep, rich flavour which is ideal to enjoy all day, every day.

Once blended it is packed in high quality materials to maintain freshness and delivered to you so you can partake of this key part of London life – wherever you are.

For a Great Cuppa!
Pour fresh boiling water onto a London Cuppa teabag in the cup, allow the cuppa to stand for 2-3 minutes which will reveal the true flavour of the cuppa. Alternatively, if you are making a brew using a teapot allow one tea bag per cuppa, allow pot to stand for 3-4 minutes, gently stir before pouring the brew.

About The London Cuppa View company

The Reinvention of Tea 66

I am very happy to still have a few tea bags of this tea remaining. I have yet to visit British Delights to obtain more.

I always turn to this tea when doing chores around the house. I should call this my house chores cup of tea.

I boil water very hot, piping hot in fact and having placed one tea bag in my mug, I pour the hot water into the cup. I leave it to steep for five minutes, longer yet since I am cleaning. After some time passes, I take my tea to sip as I go around doing things. It is hot and a dark amber in color. The tea is very malty and smooth, making for a round-bodied cup of tea.

This tea is great for standing on own or with milk and sugar but always have it piping hot. I am grateful, thank you!

I think I’ve seen this brand at our TJ Maxx … never know what’s going to be on their shelves.

I’ve seen this one before in TJ Maxx and have been so tempted to buy it, but told myself to wait until I got my tea cupboard under control. I was so excited when Serenity sent me a sample to try! These little teabags are so convenient, especially for the first cup of the day. This teabag smells of sweet and malty black tea. The tea itself has a strong black tea aroma with a hint of sweet honey. I steeped this tea for 3 minutes, and it was still a very dark brown color with a slight bitterness in the flavor. This tea absolutely needs milk and sugar added, and it becomes a rich and smooth cup. This is a nice, strong black tea and does very well for that first cup of the day. I think I do prefer PG Tips to this one, however, but that may just be out of sheer habit.

This doesn’t have a scent but I really must point out that it steeps/infuses VERY quickly but it also is very forgiving. I think I infused for about 6 minutes. It has a nice flat Medium Strength Black Tea taste. No aftertaste. A great go-to or stand-by cuppa!

In agreement with description “A great go-to or stand-by cuppa!”. Kudos.

For some reason this tea and I did not get along today! Perhaps it was because it was in the presence of such masterful teas as Golden Monkey and Hao Ya A. This is made DAILY at my house by one of my daughters, but I almost never drink it. I have seen it referred to as a premium tea in a review on a certain website that sells everything under the sun, but it isn’t premium in the way that Harnye’s Golden Monkey is premium.

This is a blend of Assam and Kenyan teas which come in a round tea bag, but don’t let this fool you into believing that they will taste like Tetley’s (no offence to the Tetley drinkers, I once heavily enjoyed their green tea!). This tea really surprised me. When I drank the Yorkshire Tea from ToH, I remember saying that it was the smoothest I have drank. Well London Cuppa resepctfully disagrees with that statement. Not only is it velvety, it is also slightly creamier than other teas I have drank. I have to try it without sugar next time, but I think I’m sensing some notes of honey, and that might be part of what makes this tea so full bodied and rich in texture. Also it has less of that wood/straw characteristic that the Yorkshire Tea has, but has a slight touch of briskness to it.

This is just about the only tea my middle daughter will drink and she has a pot every school day while she does her Algebra lesson. We used to be able to find it loose leaf, but haven’t seen it that way in a long time.

ashmanra//I can understand why she would not feel the need for any other tea, because this one is so good! I have seen it in loose leaf form where I purchased mine, but I just got the tea bags because I imagined there wouldn’t be a noticable difference.

I think I’ve been steeping it wrongly the past few times, and the flavor hasn’t quite held up to the place it once had in my heart. I’m going to try steeping it more carefully next time.

I love this tea! It’s a great tasting black tea meant for any time drinking. I brewed it rather strong & it was fine. I even left it sitting on the teawarmer with the teabags still in the pot & it didn’t get bitter. It only got better.

Definitely a great tea to keep on hand for when you are in a hurry & don’t feel like measuring out tea leaves or cleaning up a mess.

This is what I call one of my “everyday teas”. A perfect morning blend; a very robust tea with lots of body, that takes well to milk. It is a smooth tasting blend of Assam and Kenya teas in convenient round teabags.

I opened it and was initially horrified. I love loose tea, but I am used to ordering higher quality stuff off the internet, and the brown micro-particles of tea leaf looked more like dollar store instant coffee than what I recognize as loose tea.

It was a beautiful late spring morning and life was already unbearably irritating. I figured that it at least contained caffeine, so I dumped two and three quarter teaspoons into my 16 oz pot and kept my expectations lowered.

It brewed up quickly and very darkly. I poured from pot to mug, and added more milk than usual, probably over an ounce. I steeled my taste buds, blew over the rim of the cup and sipped.

And. . . I enjoyed it, to my surprise. I felt guilty for judging it so harshly based on its initial appearance, like some sort of tea snob. Nice and malty, with suprisingly minimal astringincy. Quite smooth. Milk really compliments it, if milk in tea is your thing, but I kind of want to try it iced.

I have yet to make a bad cup of this tea. Tasty with a splash of milk, this is my latest go-to tea. I am breezing through the box of 80 teabags