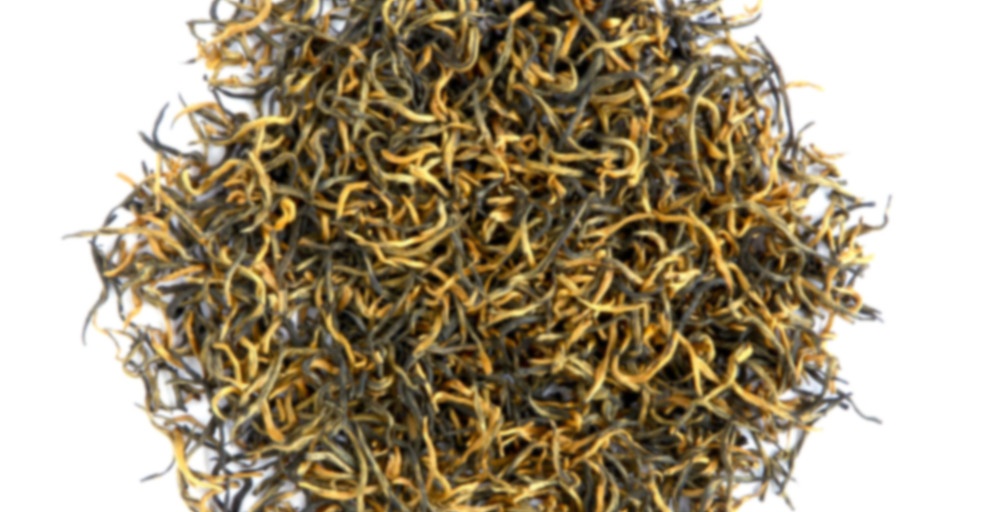 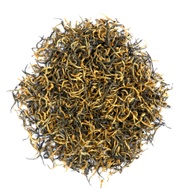 by The Finest Brew
82
You

From The Finest Brew

Golden Jun Mee grown in the Wuyi Mountains was first used to create Jin Jun Mei in the year 2005 in a village called Tongmu where Lapsang Souchong, the first black tea in the world was produced about 400 years ago. Considered to be the high end expensive Lapsang Souchang tea is made only using tender buds. This tea is highly concentrated with golden tips and delicately twisted that distinguishes itself from other black teas. When brewed it gives a crisp and deep flavour with a deep red colour. It can be enjoyed as it is since the liquor has honey like sweetness and a malty aroma.

About The Finest Brew View company

As some of you might know, jin jun mei’s fall in to 2 categories for me – yes and no. lol They’re very hit and miss for me, but i continue to try various ones to see if there is a perfect one for me. This one, from Anlina falls on the “yes” side. this was a nice cup of tea yesterday – smooth and slightly smoky with a little sweetness on the side, sort of like sweet potatoes. All in all, a nice cup! thanks so much Anlina!

This is the last one of the TTB, and I was saving the best for last. This tea is fantastic! These leaves inside the package do not seem to decadent, but once I brought them out and gave them time to breathe, they’re one of beauty. The dry leaves are made up of little twisted knots ranging from a dark reddish brown to a brilliant gold. They carry an almost non-existent scent of smoke and cacao. I placed this gorgeous twigs in my gaiwan and brewed eastern (finally). I washed the leaves to bring out the aroma. This brew begins with a roasted red potato scent. This hearty essence filled my tea room. The scent then begins to sweeten and become more of a light rum. The taste is delicious. It begins bold and malty with a dark cacao rush. I steeped in increments of 5 seconds so as not to become bitter. This malty robust brew then sweetens and becomes a succulent syrup. It is placed as a dark grape and mahogany flavor. This tea is known as a “high end Lapsang Souchong.” Once I entered the third or fourth steep I could see how this was apparent. The smokiness blends with sweetened twigs forming a tasteful brew. This tea has distinct undertones of earth and sugarcane. This was truly a perfect way to end my experience with this TTB, and I am glad I saved this for last. I highly recommend this for anyone wanting a treat.

This tea makes me happy. It reminds me very much of one of my favourite JJM’s that I bought from a now closed aliexpress store. While that tea was a little sweeter and more resilient this tea shares with it the good balance of tart fruit and malt, cereal notes, and cocoa which make it a great all day tea.

The dry leaf is quite pretty although it does not look quite as tippy as the picture and smells strongly of malt and cocoa.

My first steep was in the lower 90°C range for around 45s which resulted in a Maple coloured brew. Later steeps were short steeps at boiling which brought out more of the red tones in this tea. My steeping times were (45, 10, 12, 20s, 2min and 7minutes).

The tea smelled of hints of the upper tones of malt, cocoa, honey, plums, and cream.

I captured flavour notes of a smooth, slightly tart mix of malt, oatmeal, barley, and cocoa, with longan, plum and faint citrus notes, honey with cream, and hints of a slightly green floral note with bits of cinnamon in the first steep. Honey lingered in the aftertaste.

Subsequent steeps added notes of lychee, cream, sugar, cucumber water, cocoa butter, and mineral notes to the above. The early steeps at boiling had more assertive flavours and were more astringent. Throughout the steeps the tea maintained a medium density. Altogether a very nice all day tea.
http://instagram.com/p/yP4KSaGK7Z/

heh… the teas was a little sweater :)

What an adorable wooden spoon/scoop!

ashmanara It was actually included with one of JusTea’s Tins. They sell it at one of my local grocers right now. They are selling them separately on their website http://justea.com/shop/handcarved-spoons/. It’s worth asking if they come with the time if you ever order from them online.

Finally getting a chance to try the samples Anlina sent me! This is very nice – a smooth, malty black tea, with notes of chocolate and fruit, a pleasant tartness, but then a lingering sweetness after the sip.

Some day I will get a chance to have a proper cup of this tea. Today is not that day.

I made a cup of this to drink before a work meeting, and then managed to drink all of two sips before I had to run off. Two hours later, this cup is cold, but delicious.

Notes of malt, cocoa, and stewed fruits. This tea has a slight bitterness and ever so faint tartness that strongly evokes red wine and dark chocolate for me. There is a touch of astringency but it’s subtle. This is fairly rich.

One day I will try this hot and actually pay attention to it. But for now, I’m pleased to discover that it’s delicious cold

My friend tried his, he thinks he underleafed because it was weak or stale tasting :/

Oh that sucks :( Hope he can try it again with more leaf.