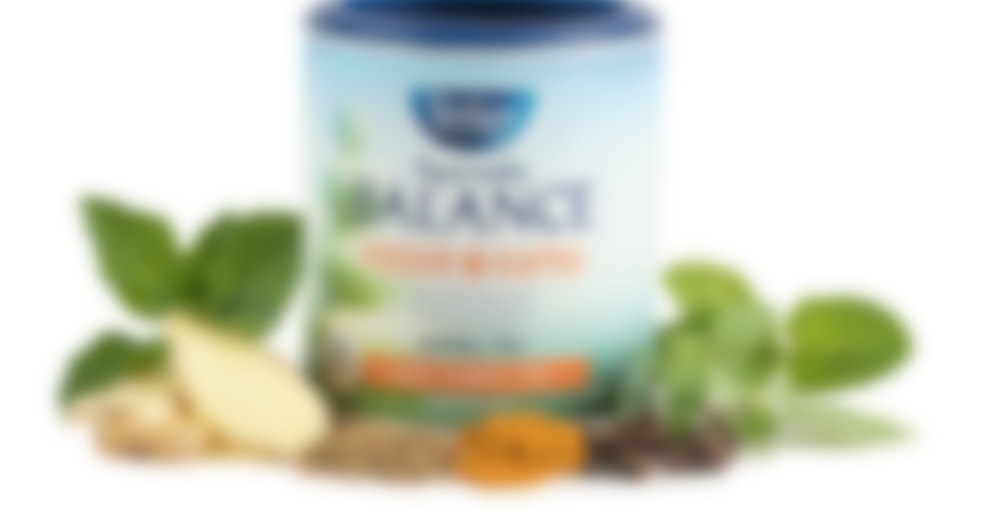 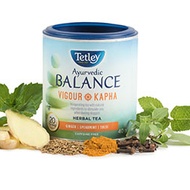 An uplifting and warming tea with natural ingredients to enjoy when you feel sluggish.

Tasting Notes: An invigorating and heating gingery blend with a hint of tingly mint.

Brewing instructions: Pour boiling water over the bag and let steep for 3 to 5 minutes. Serve clear or with milk.

Ingredients approved by an Ayurvedic Practitioner

I can’t stop drinking this, and it’s become a daily NEED, rather than a want.

I usually make it as part of my butter/coconut oil tea (a la Bulletproof Tea style) every morning. So, brew the tea until it’s strong as molasses, then add 2 TB of coconut oil, sometimes some protein powder, and stevia. Blend – drink.

I adore turmeric teas, which is why I got it initially. Plus, I think it was on sale. Turmeric, ginger, tulsi… it’s literally the perfect combination for kapha-based folks (like me), or those that need some lovin’ in the heat/warmth department within their bodies. My partner, who is a Vata through and through, loves this stuff as well. He says it eases his joint pain.

Yes, it’s bagged tea, and yes, it’s Tetley. Still love this stuff, and can’t seem to make my own version of it that’s just as tasty.

it gets a 75 rating – it’s not GREAT, world-class tea (it’s really just herbs and spices) but it’s a go-to in my house.

I’ve being trying to figure out my type for a few years. It’s definitely really interesting to read about. How interesting I wouldn’t have expected Tetley to sell something like that. I’ll have to look for some of it next time I go to Canada.

Lexie – years? It’s not that tricky. Most of us are a combination, not just one. Many free online tests can help you. As for purchase, I got it originally on the US. I’m sure it’ll be in the UK, too.

I tend to make my black chai blends into bulletproof concoctions. Thanks for the turmeric tea tip. I’ll give that a whirl too.

@Evol – me too. It’s my go-to! I find the chais are the only ones that can stand up to the oil/butter, and then the blacks… well… they’re strong and full-bodied, usually. Although if I’m honest, I’ve used many a tea that I dislike to blend into my bulletproof concoctions, just to get rid of it.

Exactly what I do. But with the black chai blends that are less than stellar, the coconut oil benefits them. And with the ones that I already like, they become magnificent with that treatment.

Another sample (which actually led me to buying a container)

This is actually what I wanted out of Turmeric glow from DAVIDs. Nice warmth and kick from the ginger, turmeric and other spices followed by a herbaceous blend. I wouldnt steep more than 4min lest it be crazy spicy. A good blend.