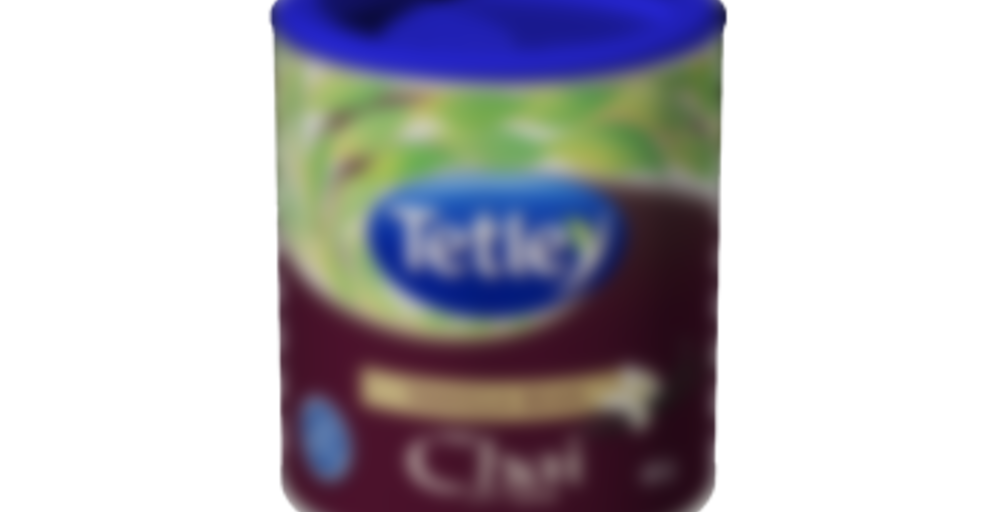 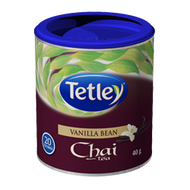 Indulge in the exotic spices and rich flavours of Chai tea blended with sweet vanilla bean flavour. Enjoy clear or mixed with milk and sugar for a delectable treat.

I don’t drink bagged tea anymore… and for a reason. The quality isn’t there, the flavour isn’t there, and I always end up disappointed. I’ll drink it when I’m out and about or if I’m at work, where I don’t want to leave any of my good loose-leaf, but that’s about it.

But, that being said, this tea isn’t terrible. The vanilla flavour is the main flavour. I add milk and sugar and it makes it like a sweet, creamy tea. The only thing is, the chai flavour is almost not even there. I can pick up the smallest amount of it, but it’s really not much worth even mentioning. I wish that it was stronger. I love chai.

As I’m getting closer to the end of the cup, I’m just so disappointed with this one. It really leaves me wanting to go home and make a proper cup of chai tea.

It’s definitely not one that I would own. Maybe I’m just getting too fussy… or… do I dare say it…? Maybe I’m turning into a… tea snob…? Say it ain’t so! But I think it is! I won’t say snob… maybe just a tea connoisseur of sorts? Or maybe I just like the quality loose-leaf has to offer :)

The house is in havoc/cleaning mode, so I went for something bagged this morning. Easy, minimal mess.

Five minutes of steeping left this a little bitter, when had clear. Adding milk and sugar does help, and makes it quite palatable. That being said, I’m not quite sure if the flavour profile is to my liking. It’s a spiced vanilla, and a little sweet, and… I don’t know. It’s okay, but it’s not quite suiting my liking, especially compared to some other vanilla teas I know….

Ah well, it’s a good cup for a C-chan on the run at least.

The heavy, almost milky vanilla flavour is overpowering and tastes fake, bearing no resemblance to real vanilla. It blankets the palate and is soon nauseating.

I liked this better than Tetley’s chocolate chai – I used to drink this with milk and sugar and it was pretty good, but then I started drinking teas black, and this tea does not stand up on its’ own. It might just be that I’m not really a chai person but I would never buy this again.

Delightful, when I’m in the mood for black tea. It’s wonderful after a meal!

The chai taste is barely there to begin with, and when prepared by the instructed method (1/4 c water, 1/2 c milk), I can only vaguely taste the tea. Additionally, this tea does not have the rich vanilla flavour I was hopping for. With a long steep, I can feel the spice at the back of my throat, but the overall flavour is highly lacking.

Summary: Very weak. Lacks in vanilla and typical chai spices. Would not recommend or repurchase