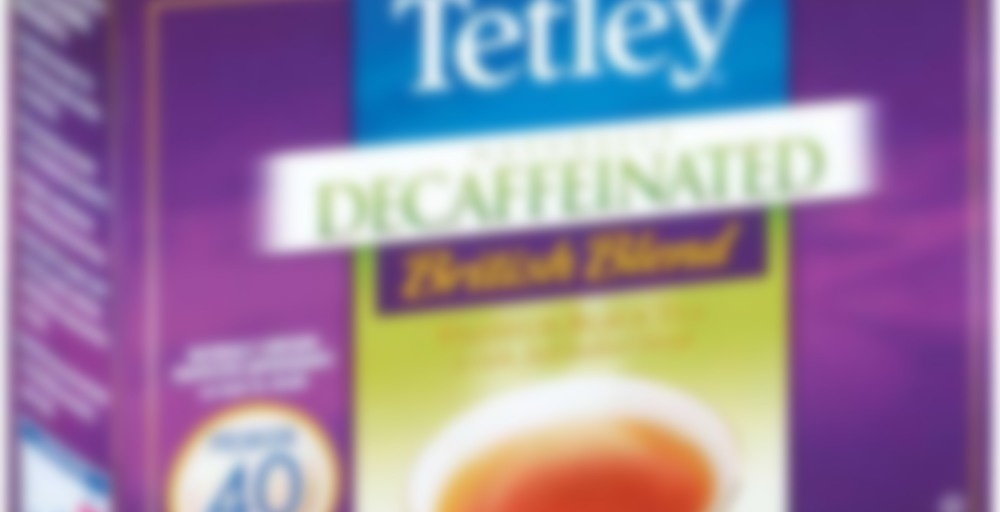 A naturally decaffeinated version of our premium British Blend tea. 115 mg of healthy antioxidants are found in every 8-ounce cup of this hearty and robust tea. 40 round, stringless tea bags with Perflo tissue.

My wife came through surgery with flying colors. Getting anethesia out of her system is a different story. Been a long afternoon. They had NO tea in the waiting room. None. Zero. Nada. Oh, the pain. Turns out they had a pitcher of ice tea out at the nurse’s station. Except I didn’t know it until too late. sigh. So I came home and grabbed this one. Its tea. Its cold.

Yay! Thank you for the update GOOD NEWS! :)

Glad all is well so far.

Glad she is on her way to feeling better!

Yay for excellent surgery. I wish her a fast recovery. :D

So happy to hear that you wife did so wonderfully!
A speedy recovery to her!

Good news on the surgery.

Late at night, at Meijer. The girlfriend and I were desparate for some black tea with milk, but it was too late to brew up a regular cup of looseleaf at home and we were out of decaf. We hesitantly picked up this, Tetley’s decaf British Blend.

It turned out to be very nice! I expected something flavorless or bitter, but this is malty, bready, cozy, and very enjoyable. We always took it with milk, so this may not apply if you take it without, but I’d definitely buy it again if I’m out of decaf.

This is my evening tea. I drink it every night without fail. If I’m going out of town or commuting, I bring both the leaded and unleaded versions in a tin. I take my tea strong and with milk, so I’m often using multiple pouches and I go through a box rather quickly. I buy in bulk so a case of six boxes of 40 pouches per box cost me $22.00. Pretty good price!

I agree. This is amazingly better than expected. It is also my evening drink.

Not half bad, for a decaf tea. I’ve had this at night before, and it does seem to have less caffeine than the ‘regular’ caffeinated black teas. It has a classically mossy smell when you first get the bag wet with boiling water from the kettle, and it holds up well with creamer and sweetener, or is just fine black. Wouldn’t ever be my first choice during the day, but at night as I’m getting ready for bed, or even if I wake up shortly after dozing off, it’s decent. On the comparison scale of teas I have tried, I would actually rate this higher than either the fully-caffeinated Stash or Bigelow English Breakfast teas, but not as high as most of the others with caffeine. (In other words, given a choice between one of these or a cup of the Bigelow, I’d take the Tetley every time even without the caffeine.) My one complaint is that the amount of tea inside the “perf flo” bag doesn’t seem to be substantial enough, so I often use two or even three bags for a mug of tea… which means a box of 40 bags doesn’t last very long. Luckily, my local Kroger sells that box for about $3.50.

As decaf black teas go, this one is actually one of the better ones. Many decaf teas feel like they are lacking in flavor, like they are watered down or missing something. This tea, while not spectacular, seems to suffer from this decaf tea flavor problem less than most.

Very smooth and delicious tea, easy to make of course, and it’s decaf. I drink it with Splenda and cream, and it takes me back to the cups of mostly milk mixed with tea my Grandmother used to give me when I was little. Not at all bitter.